Race-by-race tips and preview for Rosehill on Friday 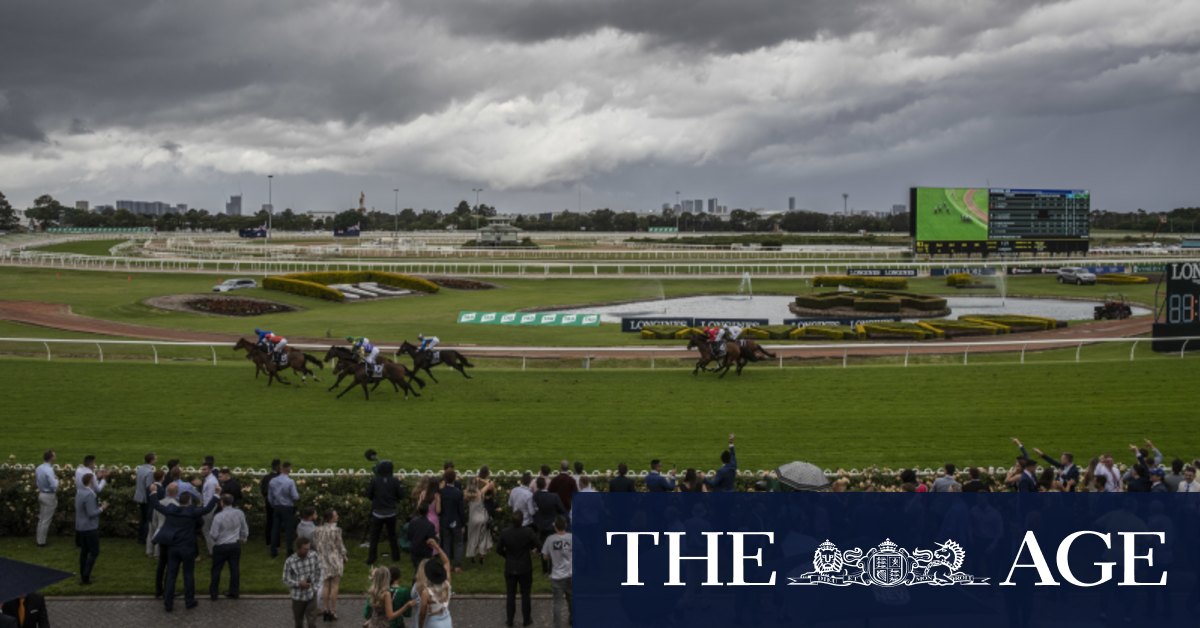 Despite drawing wide, talented Zoustar filly 2. Kiku is the one to beat back on top of the ground second-up off a lengthy break. Fought hard to beat all bar the winner resuming in heavy at Randwick, and before her spell came home well right behind a couple of smart ones.
Dangers: Home-track colt 4. Solar Apex resumes off a useful trial while at bigger odds 3. Skywolf was impressive hitting the line late on debut at Echuca, and gets winkers on for his first run in NSW.
How to play it: Kiku to win.
Odds and Evens: Evens.

A few chances here in a competitive sprint for the three-year-olds. Highly capable 2. Saffiano resumes as a gelding for a new stable, off two solid trials, and with blinkers removed. Showed plenty in his first prep, including a Rosehill win at only second start.
Dangers: 1. El Buena continues to make good progress winning his last two. Was heavily backed on the Kensington track charging home from the trail in deeper BM72 grade, and form rider’s 2kg claim crucially offsets the weight hike. Another one back as a gelding 3. Cultural Amnesia has had two trials and first prep form was good, bolting in his maiden on the Kensington track. Will go forward from a low draw.
How to play it: Saffiano to win and exacta 1,2/1,2,3.
Odds and Evens: Split.

Out to the same trip we started over for the older horses. Love the gradual progression shown this prep by four-year-old 3. Montserrat who led all the way over the mile at Hawkesbury. More than ready for his city track debut over an ideal fourth-up distance, and gets in well at the weights after jockey’s 2kg claim.
Dangers: Talented four-year-old 4. Nyami won two straight at the provincials before two handy runs in town. At peak fitness now, and performs on all ground. Canberra five-year-old 1. Express Courier was a little flat in the Country Classic here a fortnight back after a string of dominant runs in Federal grade back home. Suspect return to firmer footing is a plus, and can be ridden a bit closer from the draw with top metro hoop booked. Expect sharp improvement fifth run in from Kembla six-year-old 2. Cyber Intervention getting back on top of the ground, and was scratched from Kembla on Saturday to run here.
How to play it: Montserrat each way and trifecta 3,4/1,2,3,4/1,2,3,4.
Odds and Evens: Split.

Back in trip for the males five years old and up. Got plenty of time for Gosford-based 5. New Tycoon who arrives in the city at the perfect time after careering away to trounce a handy provincial BM64 field. Rock hard fit, and should go forward and dictate from the inside gate.
Dangers: Imported five-year-old 2. Greek Hero is a son of two-time UK group 1 winner Champs Elysees, and returns off two trials for a second Australian campaign, although also accepted to run at Kembla on Saturday. Won first-up in a class 2 at Kembla in autumn over this distance before competitive enough up to BM78 level. Draws to get plenty of cover, with a 2kg claim, and should be strong late. Tough six-year-old 3. Cisco Bay has been placed in four of his last five in and around this grade, although all five career wins from 28 starts have come in soft going.
How to play it: New Tycoon each way and quinella 2 and 5.
Odds and Evens: Split.

Same conditions now for the girls three years old and up, and it’s a much more open affair. Keen on four-year-old mare 7. Instant Attraction who has had a little freshen-up with a trial, and draws the inside. Finished well to beat a good field two runs back before flat on the Kensington track, but returning to a firm surface is a big plus.
Dangers: Promising filly 14. Easifar made light work of her maiden opposition leading all the way in heavy ground at Randwick at only her third start. Looks capable of taking the next step, but this is the toughest draw she’s had to date. Big finishing and sparingly-raced mare 5. Ruby Tuesday will again be forced a long way back from the outside barrier, but she can sail over the top with decent speed on up front. Flew home to win two back at Hawkesbury before strong late in a deeper race here, and hasn’t seen a firm surface in a while. Had to admire the fighting effort of four-year-old mare 11. East Asia fourth-up not beaten far at Randwick in heavy going after doing it tough in the run. Had previously charged home to win this grade, and with a better run in transit is ready for this journey.
How to play it: Instant Attraction each-way and box trifecta 5,7,11,14.
Odds and Evens: Odds.

We close the card in a similar-graded race for three-year-olds and up, but this time it’s all in and full of chances. Trained on this track, four-year-old gelding 10. Dream Circle can snap a run of close placings dropping down a little in grade, and preferred here to Kembla on Saturday. Has been regularly fighting out the finish across BM78 fields, and draws to get a sweet run on the inside a few lengths off the speed.
Dangers: Improving home-track four-year-old 8. Rammstein was super tough carting 60.5kg off an eight-month spell to win a class 1 first-up at Kembla. This looks a nice follow-up from a soft draw, with leading hoop aboard. Expect a big fresh run from four-year-old 6. Papal Warrior (accepted for Kembla on Saturday) who has trialled, and was consistently in and around the money in deeper races last prep. His only win in 12 starts came first-up. Resuming four-year-old 5. Snowfire, and five-year-old mare 9. Vitesse also off a decent break, are best of the rest and should be included in wider exotics.
How to play it: Dream Circle each-way.
Odds and Evens: Evens.

Previous ‘Something I dreamed of’: The moment Aussie Green became a Maverick
Next ‘No limits’: Telcos and universities want clarity on critical infrastructure laws