Breaking News
Home / Latest News / ‘We just have to be spot-on’: Giant-killing Pumas wary of Wallabies

‘We just have to be spot-on’: Giant-killing Pumas wary of Wallabies

admin November 19, 2020 Latest News Comments Off on ‘We just have to be spot-on’: Giant-killing Pumas wary of Wallabies 60 Views 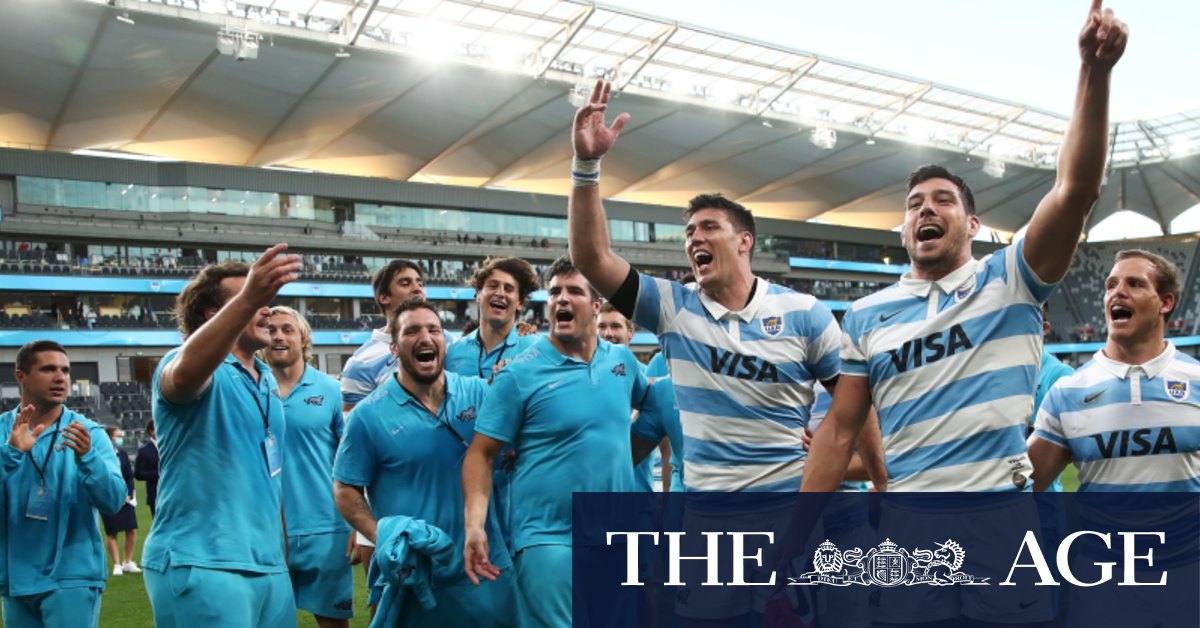 “We spoke about not changing [the team]. We’ve decided we’ll give them another go on the weekend. We’re counting on them to have a big impact. They are experienced players.”

In particular, No.10 Nicolas Sanchez, who scored all of Argentina’s 25 points against the All Blacks in a masterclass performance.

“I hope he scores the same number of points he scored on the weekend,” Ledesma said. “The performance has to be collective and that’s what we’re aiming for.

Asked what he rated the All Blacks win out of 10, Ledesma said: “I think we played to the best of our abilities at that moment. We played to 100 per cent of what we were capable of and some of the boys maybe over 100.”

The Wallabies have named an unchanged back line to the one that knocked off the Kiwis a fortnight ago, with Reece Hodge steering the ship once against No.10.

However, Ledesma said Australia’s bigger threats would be on his outside.

“It’s a very balanced team,” Ledesma said. “They obviously have offensive threats in the likes of [Hunter] Paisami or [Jordan] Petaia or Marika Koroibete. The threats are coming from many different places and we just have to be spot-on with our discipline, our kicking game and controlling the tempo of the game.”

Once again in the Argentina coaching box will be former Wallabies boss Michael Cheika, who declared earlier this year he’d never coach against Australia.

Two years ago, Ledesma helped the Pumas to a 23-19 victory against Cheika’s Wallabies on the Gold Coast in what was the South American side’s first win on Australian soil in 35 years.

A few weeks later in Salta, the Wallabies trailed Argentina 31-7 at half-time before orchestrating the biggest comeback in Test history to record a famous 45-34 win.

Having coached against his country of birth before, Ledesma said Cheika might be a tad nervous before this fixture.

“I was in his place a few years ago and it’s never easy,” Ledesma said. “He’s a very proud Australian and he’s not going to change.”

Previous Koala bill block by dissident Liberal prompts NSW Nationals meeting
Next ‘Footy frenzy’ on the cards, 2021 fixture may be delayed until February

When their divorce is finalised, French Gates seems likely to emerge with her own fortune, …