Bring on the urban farm, but don’t deign to usurp nature

admin 2 weeks ago Environment Comments Off on Bring on the urban farm, but don’t deign to usurp nature 11 Views 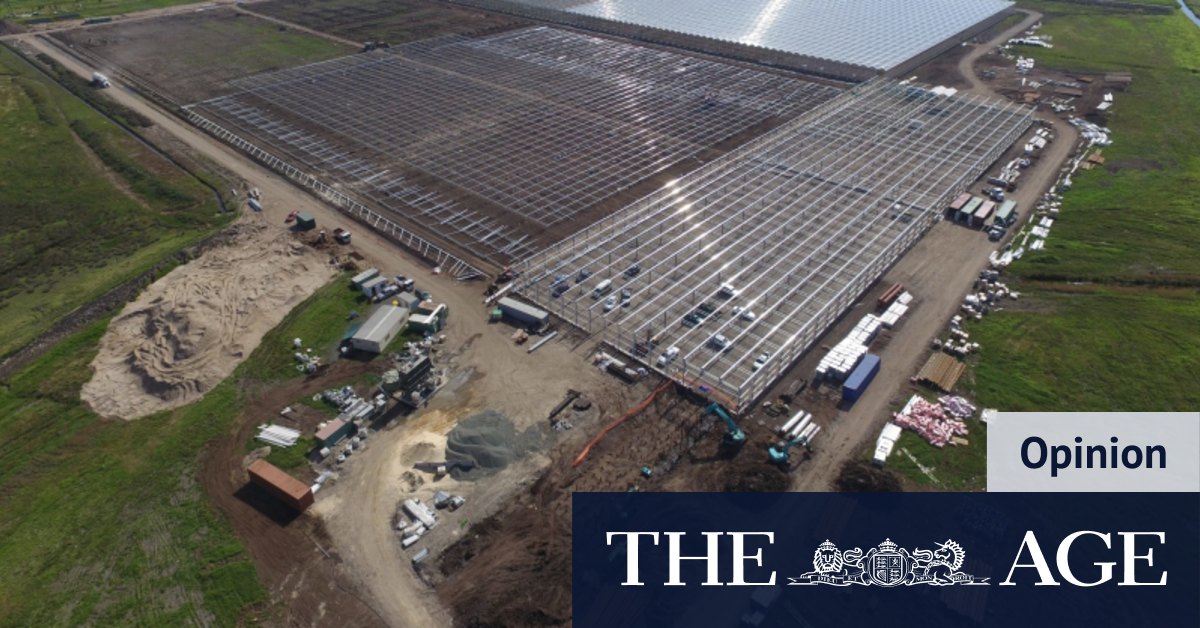 Urban agriculture has been dreamed of for years – probably ever since my grandfather stopped being able to grow everything the family ate or drank in the big backyard of a small state house. But regulators are slow to catch up.

For one thing, it implies a whole new take on city planning. Canberra always makes me itch to fill its gaps – not with cookie-cutter high rise, as it’s now doing, but filling every mile-wide median strip and verge with tight little urban villages and bustling markets. The myriad ideas of the food-nerds, however, flooded this dreaming with new possibilities. The light rail on Northbourne was suddenly flanked with fruiting pears and feijoas. The new but empty student residences were stacked with the succulent green leafage of vertical farming. Aquaculture in the ponds; bok choy and silverbeet lined every verge.

To me, it makes some kinda sense, for the first time, of the otherwise loopy bush-capital dreaming. Canberra is essentially one very long long paddock.

But these, the traditional community garden or even guerilla planting, is just one end of the spectrum. At the other are 30-storey stacks of lettuces that never see sunlight or soil in the frighteningly efficient system known as “aeroponics”. Keynote speaker Henry Gordon-Smith, whose Brooklyn-based company Agritecture works across 25 countries, explained this technology gradient in terms of context and desired impact.

If healthy food with community bonding is your aim, sure, go community garden. One example is the remarkable Canberra City Farm in Fyshwick. This patch of former dairy country deploys purpose-specific teams for orchards, vineyards, wicking beds, compost and propagation to produce organic eggs, honey, grapes and a huge range of fruit and vegetables. It regenerates the soil and makes a beautiful place, where a hard afternoon’s compost-lesson can be rewarded with a champagne picnic in the orchard’s dappled light.

If, however, land-scarcity or food miles are your driver, localised vertical farming may be the answer. It’s notoriously difficult. Capital costs are high – my conference neighbour wanted to invest $80m in a vertical farm near Canberra – and, if the energy source is non-renewable, the net environmental effect can be negative.

But success is possible. Take SkyGreens in Singapore, Kyoto’s Spread Co whose new TechnoFarm project will produce five tonnes of lettuce per day or the recent AeroFarms’ world’s largest vertical farm project in Abu Dhabi. LED lighting has decimated energy use; water, often just misted across the plants, can be 90 per cent recycled; yield per sqm can be quadrupled and produce greens that (they say) have nutritional content even higher than normal.

The key difference, says Gordon-Smith, is knowledge. Some studies report more than half of new urban farmers have no experience at all. I recalled a line from Blubberland, a book I wrote13 years ago, describing an imagined future where all farming is necessarily organic and “those with the knowledge [of it] are revered almost as priests…”

But that was a world where people cycled out each day from bustling cities to serene paddocks. The knowledge workers of vertical farming, by contrast, are white-clad patrollers of stacked and sterile matrices straight from Dr Who.

I know what you’ll say. Needs must. But as self-declared lunatic Scotty Foster noted, “innovate all you like, but if you innovate on top of a broken system, it’s still gonna be a broken, nature-destroying system.”

I’m kinda with him. The urge to dominate nature is the problem here, not the solution. Call me romantic, but I trust the randomised world of weather, bugs and dirt. Colour me unpersuaded by roots that have never touched soil, chloroplasts that have never absorbed photons from the sun.

Elizabeth Farrelly is a Sydney-based columnist and author who holds a PhD in architecture and several international writing awards. She is a former editor and Sydney City Councilor. Her books include ‘Glenn Murcutt: Three Houses’, ‘Blubberland; the dangers of happiness’ and ‘Caro Was Here’, crime fiction for children (2014).

Previous ‘The power of the earth’: Bruce Pascoe on grass and fire
Next Insurers play hardball on COVID-related claims of billions of dollars

He said government agencies would monitor and publish the companies’ progress, and that the government …