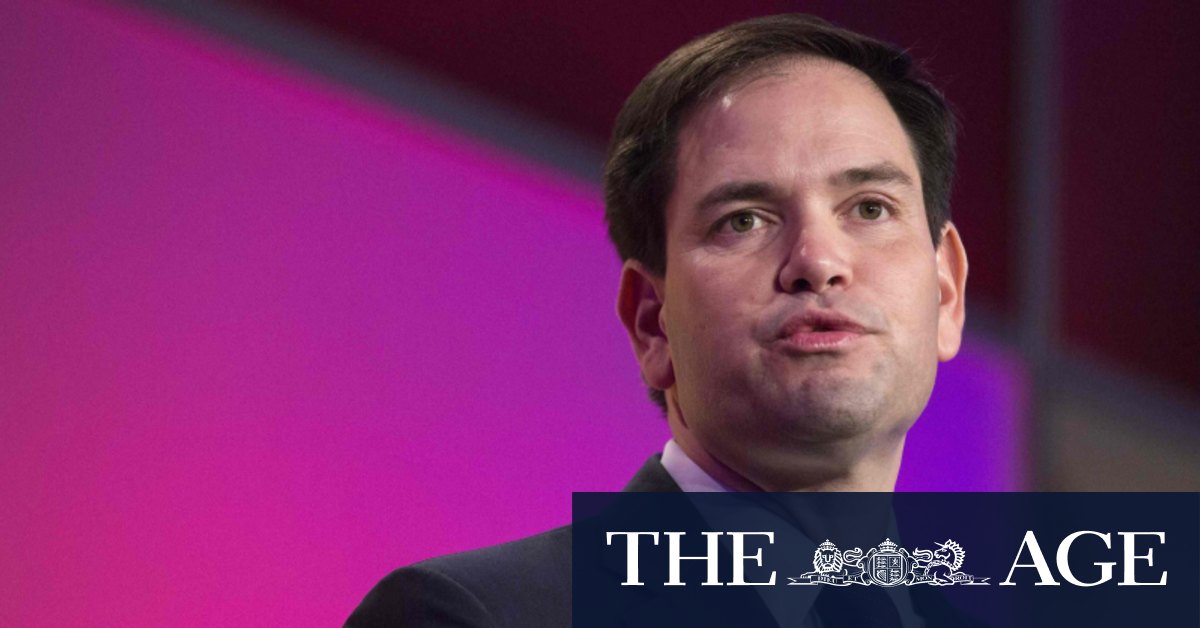 Senator Rubio told The Sydney Morning Herald and The Age that IPAC would “play an important role in garnering support for Australia in the face of Beijing’s economic coercion”.

“Words alone will not deter China, but, by acting together, we can ensure the Chinese Communist Party pays a price for its malign behaviour.”

Nine News, The Sydney Morning Herald and The Age revealed on Thursday that a Chinese diplomat in Canberra gave a reporter a document outlining 14 grievances with Australia, accusing the nation of “poisoning bilateral relations”.

They included the Australian government’s decision to ban Huawei, fund “anti-China” research at the Australian Strategic Policy Institute, block 10 Chinese foreign investment deals and lead the call for an independent investigation into the origins of COVID-19.

Reinhard Bütikofer, a German politician who is a member of the European Parliament and co-chairman of IPAC, said he felt “duty bound” to raise the plight of Australia during the latest phone hook-up because he was “dismayed by this unrepentant economic bullying”.

“I was pleased that IPAC was unanimous in its desire to go beyond mere gestures of solidarity, and to push for concrete action by our governments,” Mr Bütikofer said.

“We have yet to see what the network can achieve in support of Australia, but there’s no doubt that the desire from legislators around the world to take concrete action is strong and sincere.”

Labor Senator Kimberley Kitching, a co-chairwoman of IPAC, said attempts by any foreign government to “dictate to Australians what we value or believe in – using trade as leverage – are doomed to fail and I think sadly reflect a deep misunderstanding of this country”.

“Thankfully, this is a view shared across the Australian Parliament – from Labor to the Coalition, as well as members of the crossbench,” she said.

“On the IPAC call with legislators from dozens of countries and every continent, I was reminded that Australia has many friends and allies in standing up for freedom and human rights everywhere.”

She said it was important for Australia to now diversify its export markets so that it is not leaving “all our eggs in one basket”.

“At different times Australia’s primary export has been gold, wool, wheat, iron ore, coal and natural gas – we are a nation that lives by trade,” she said.

“However, as any well-run business will tell you, it’s foolish to leave yourself dependent on one customer.”

China has hit back at a joint statement from Five Eyes partners condemning its actions in Hong Kong, accusing the security alliance of threatening its internal affairs.

The Five Eyes foreign ministers from Australia, Canada, the US, Britain and New Zealand on Thursday said opposition MPs who were disqualified by Beijing from Hong Kong’s legislature for not being patriotic enough should be immediately reinstated.

Chinese foreign ministry spokesman Zhao Lijian said on Thursday night that China would not flinch if trouble came its way.

“No matter how many eyes they have, five or 10 or whatever, should anyone dare to undermine China’s sovereignty, security and development interests, they should be careful they don’t get their eyes poked blind,” he said.