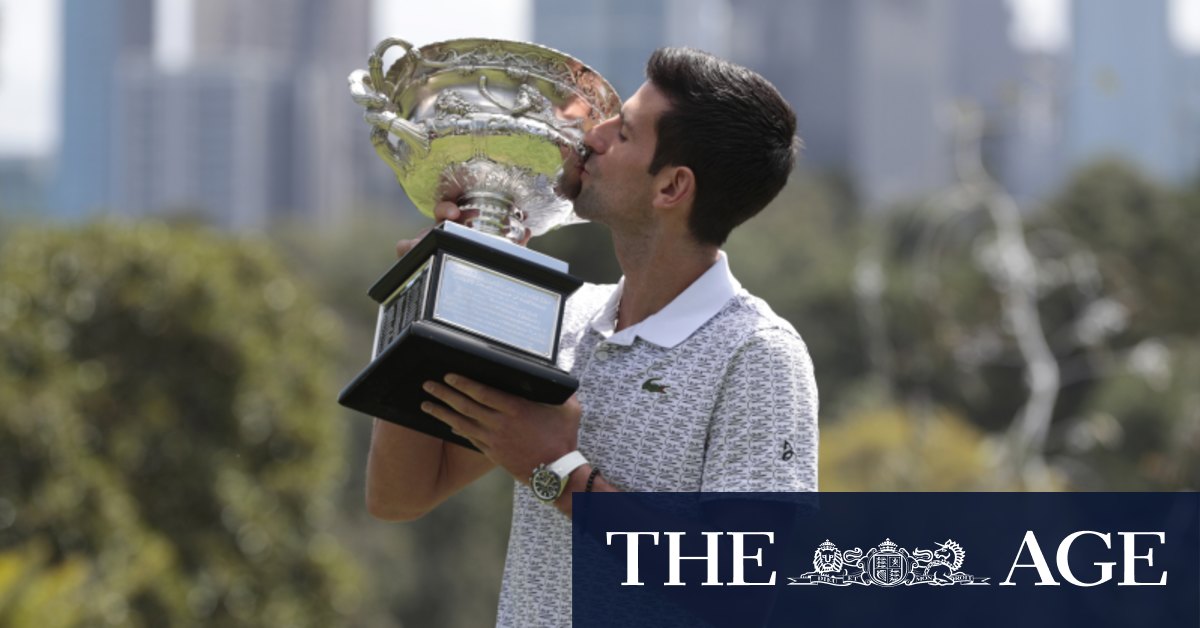 Sources with knowledge of the negotiations say TA are acutely aware they will receive push-back from both the ATP and WTA, given qualifiers allow players struggling to survive on tour the chance to make significant money, but the solution may see the Victorian government green light a late December arrival date for tennis’ biggest stars.

Whether they will have to complete a strict 14-day quarantine or a mix of a soft and hard quarantine is still being discussed by TA and the government.

But even if a two week quarantine is insisted upon by Premier Daniel Andrews, a late December arrival would allow for enough time to play some form of official lead up tennis before the Australian Open.

Another sore point is the gap between the end of the Open and a series of ATP and WTA tournaments starting in February.

Complicated discussions between TA, the ATP and the WTA centre on the potential end date of any delayed Open and the scheduled kick-off dates for other tour events around the globe.

February’s ATP calendar is choc-full of events, including ATP 500 tournaments in Rotterdam, Rio de Janerio, Acapulco and Dubai, while the WTA calendar features the Dubai Tennis Championships on February 22 and Indian Wells and Miami Opens in March.

A one week delay of the Open lessens the impact on other tour dates but would give players less time to prepare for the grand slam, while two weeks would help players to ready themselves for the Melbourne Park major, but causes greater impacts to those February and March ATP and WTA events, complicating negotiations.

However, a settlement on dates, as well as the quarantine guidelines set to be imposed on players, is expected to be reached in the next 24 hours.

Meanwhile, Cricket Australia’s BBL fixture announcement on Monday has it poised to capitalise on the potential delay of the Australian Open.

The Melbourne BBL bonanza begins with the Melbourne Renegades playing the Brisbane Heat at Marvel Stadium on January 14th and ends with an MCG double header on the 26th (Renegades v Hobart Hurricanes and Melbourne Stars v Sydney Sixers) on what would have been early in the second week of the Open.

While sources familiar with discussions say Australian Open host broadcaster Nine has full faith in tournament director Craig Tiley to get a good outcome, the network said publicly on Sunday it would prefer the tournament remained in January, as the contract states.

This is because there is less competition for the advertising dollar in January as opposed to February, and so Nine could use its Open coverage to promote its new season shows, which would begin in February.

Nine won the tennis rights from Channel Seven in 2018 in a $300 million, five-year deal. In the same year Seven won the cricket rights, meaning the networks swapped sports.

Quarantine also remains a big issue in sorting the tournament, with a government source saying the challenge centres around not only keeping the 1000 to 1500 people away from the Victorian community in a bubble or quarantine, but also keeping the people in the bubble adequately spaced so they don’t infect one another.

“We’re going to get this done, and I am confident we will, but part of it is sitting down and working through many, many complex issues,” Andrews said on Monday.

Previous ‘We are all in shock’: Manly forward Keith Titmuss, 20, dies after training
Next Withdrawing super for first home a very good investment, says Bernie Fraser

Stars miss finals as Christian has final say on January 26