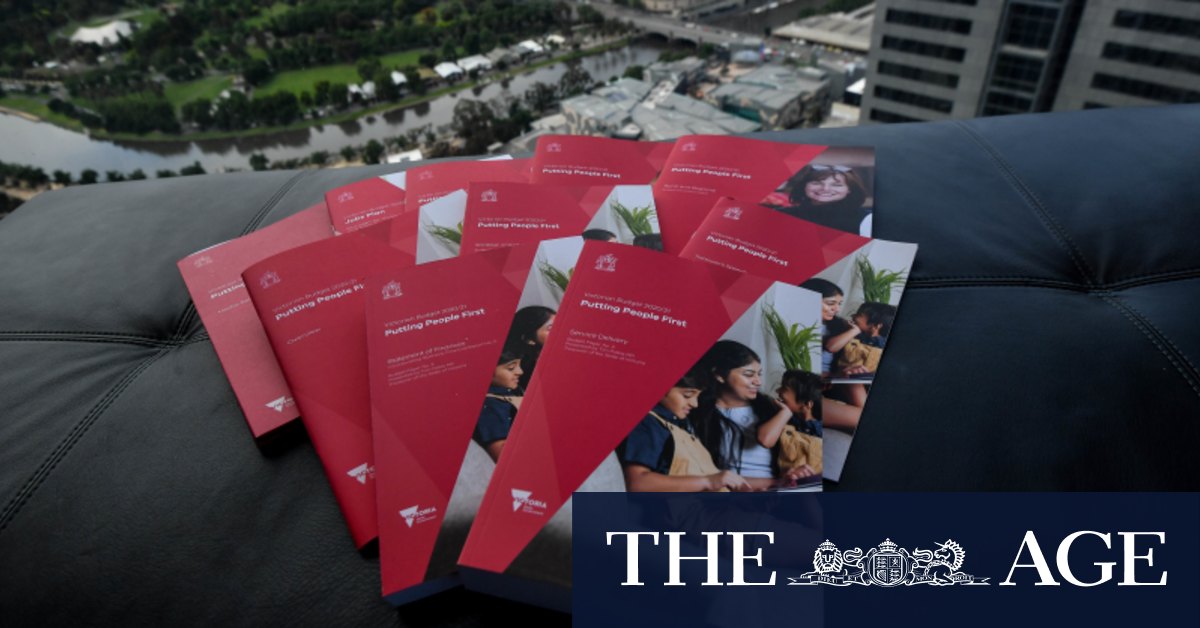 The state’s jobs plan sets a target of having 200,000 Victorians back in work within two years.

Treasurer Tim Pallas said the plan would also kick-start the economy and eventually help balance the state’s budget – expected to be $155 billion in debt by 2024 – as increased revenue eventually flowed to the government.

“This government understands the dignity, the independence, the self-respect, the sense of belonging and contribution that work gives us,” he said.

In the six months to September, more than 6 per cent of women lost their job, while just under 4 per cent of men became unemployed.

Female-dominated industries, such as retail, hospitality and the arts, were hit the hardest by the pandemic, while women were also on the front line of essential service delivery in health and education. Women additionally bore the brunt of homeschooling and looking after children when childcare and kindergartens closed.

“Putting women at the heart of our recovery from coronavirus will mean we recover stronger and faster as a community,” said Minister for Women Gabrielle Williams.

“The pandemic has confirmed what we knew all along – women face an uphill battle every day in the workforce. It’s time it changed.”

A $10 million fund will be created to invest in startups run by women, in recognition of the tech industry’s male domination, and there will be $5 million for a Women in Construction program to fund more space for females in the building industry.

The wages bill to run the public service is projected to grow, already ballooning by 9 per cent this financial year. It is expected to increase by more than 2 per cent in the next year, before growing by up to 4 per cent in following years.

The rising wages bill, the budget papers said, “reflects the government’s response to the coronavirus pandemic, increased service delivery, primarily in health and education, as well as increased remuneration consistent with enterprise bargaining agreements” with the public service.

State Opposition Leader Michael O’Brien said the budget was “weak on jobs and weak on hope” and lacked assistance for small businesses. He said the state’s unemployment rate would be higher than the national average for the next four years. “That is an admission of failure,” he said.

The budget was also attacked by lobby group Small Business Australia, with executive director Bill Lang saying what had been delivered for small firms was “akin to a Band-Aid being applied to a gaping wound”.

Under the government’s plan, businesses will receive tax credits for hiring new staff, a measure the government hopes will reduce the amount of payroll tax paid by companies and encourage them to put on workers.

The state government will pay 10¢ to companies for every dollar they add to their wages bill by hiring new workers or increasing salaries. The credit will be available for two years and the government said it would save businesses $836 million and support an estimated 9400 people entering into the workforce.

“The incentive is a welcome one, but I’m not sure it’s going to create the level of new employment the government is seeking, or whether it will encourage pay increases,” said Tim Piper, Victorian head of the Australian Industry Group. “But anything that supports the possibility of new employment will benefit businesses and employees.”

About $75 million will also be allocated to reskilling unemployed Victorians. An estimated 52,000 people will access the scheme to develop hands-on skills for targeted industries requiring workers.

Separately, About 5000 unemployed workers will be supported to move into jobs that involve digital expertise through a $64 million program.