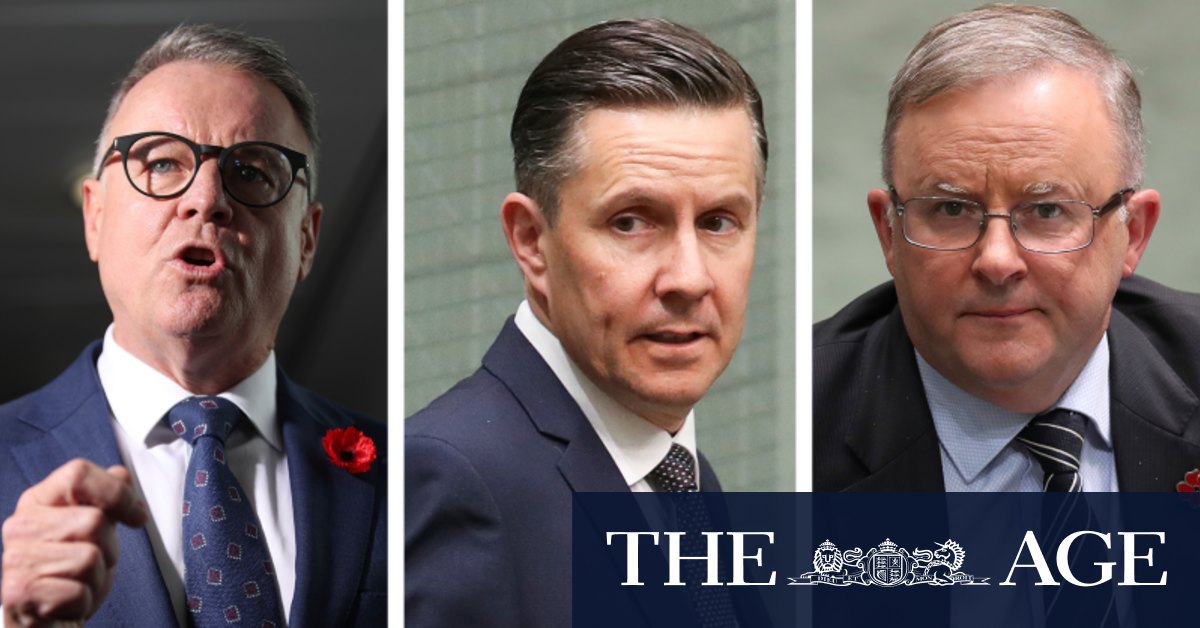 Former resources and agriculture spokesman Joel Fitzgibbon stepped down from his frontbench position on November 10 to speak more freely against Labor policy, calling for Mr Butler to quit the energy portfolio and arguing the party should drop its commitment to achieve net-zero carbon emissions by 2050.

Mr Albanese on Tuesday said his party’s internal conflict over climate policy had been “managed” and it had a clear policy that renewables were the cheapest form of new energy generation. It would finalise its party platform at a virtual ALP national conference to be held before Easter, he told the ABC.

Mr Fitzgibbon suffered a 22 per cent swing against him in his Hunter Valley electorate at the May 2019 federal election, with One Nation attracting coal worker votes.

However, in his October budget reply speech, Mr Albanese launched a “made in Australia” pitch that had two new policies: a universal childcare subsidy and Rewiring the Nation.

Mr Albanese said the transmission rollout would use Australian steel and construction workers and deliver “a modern grid, more jobs, cheaper power prices and the reliable energy our country needs to power industry into the future”.

The policy was unveiled after the Australian Energy Market Operator  identified the need for urgent upgrades to the grid so it could harness booming solar power and replace the ageing coal fleet.

State and federal governments signed off on the AEMO plan last year, which found the grid could handle up to 75 per cent renewable energy as soon as 2025, with the right reforms.

Mr Butler said Labor was examining the pace of change required under AEMO’s plan “but either way you need a modern, cheap, clean energy grid”.

Mr Fitzgibbon has argued Labor must neutralise the perception it had abandoned its base by dropping its commitment to a net-zero 2050 deadline and instead adopt the Morrison government’s less ambitious goal of sometime before the end of the century.

While the net-zero commitment heats up Labor’s internal debate, Prime Minister Scott Morrison this week softened his rhetoric on climate action in an address to the G20 summit.

“Australia is committed to practical pathways to reduce our emissions and meet our emission reduction targets,” Mr Morrison said. “We’ve got great form on achieving our goals – what we’ve set, we’ve met and we’ve exceeded”.

Former prime minister Malcolm Turnbull said on Tuesday the majority of Australia’s trading partners had adopted net-zero 2050 targets and he was “confident [Mr] Morrison would move to that” as well.

“Australia has got to get on board or we will pay a heavy price for this on international trade,” Mr Turnbull told an energy and climate summit hosted by The Australian Financial Review.

Mr Turnbull said he was sceptical of the Morrison government’s plan for a gas-led recovery from the coronavirus downturn, which includes a scheme that can underwrite new gas and coal power.

“There are basically people who are rent seekers who want to get the federal government to pay for their infrastructure,” he said.