The phone call from Michael Lynagh that saw the Reds sign his son, Tom

admin November 24, 2020 Latest News Comments Off on The phone call from Michael Lynagh that saw the Reds sign his son, Tom 42 Views 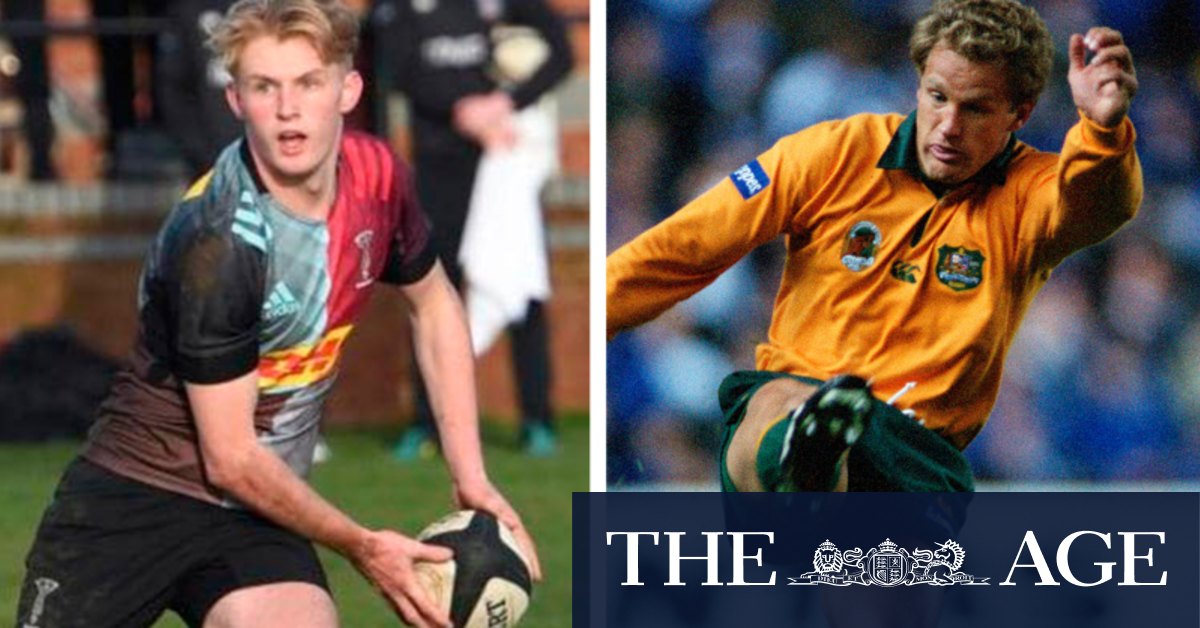 “We were pretty keen to move on it,” Cordingley said. “You need as many good No.10s in your program as possible.

“We had done some background on him and knew he was a fair player. The [highlights] package that was there was just a part of the [due] diligence we did around him.

“We have Australian coaches in the current system that have some experience over there in England that knew Tom and we were pretty keen to progress.”

The 17-year-old – who is still a student at London’s Epsom College – has signed a deal that will keep him at Ballymore until the end of 2023.

Cordingley was careful to compare Tom to his father, but revealed the kind of talent Reds fans can expect to see in the 2022 Super Rugby season.

“He’ll create his own path, but he appears to have a real point of difference around his speed and his acceleration, which is fundamental for inside back roles,” Cordingley said.

“He appears to have a fair bit of strength based on his size and we are impressed with his all-round kicking game, as well.”

Given that skill set sounds ideal for the southern hemisphere style of play, the Italian born, English raised playmaker was eager to make the move to the team where his father played more than 100 games.

“He liked what he saw in Test matches played between the Wallabies and All Blacks and thought that was more suited to his physical ability and skill set.

“He’s backing himself in, which is great, and he’s a quietly confident young man. We’re excited to be getting him on board.”

The Reds plan to have one of Lynagh or fellow teen Taj Annan – who has also signed until the end of 2023 – take the reins at No.10 when James O’Connor decides to move on.

“We’re signing him for a reason,” Cordingley said. “We think he’s capable of being able to deliver for the Reds and hopefully for the Wallabies down the track.

“We made it really clear – which was good – that we want James O’Connor to stay through to the next World Cup. But that doesn’t stop Tom from putting his hand up.

“He’s keen to work in the same squad as James, learn from James and, at the appropriate time, he will get a crack.”