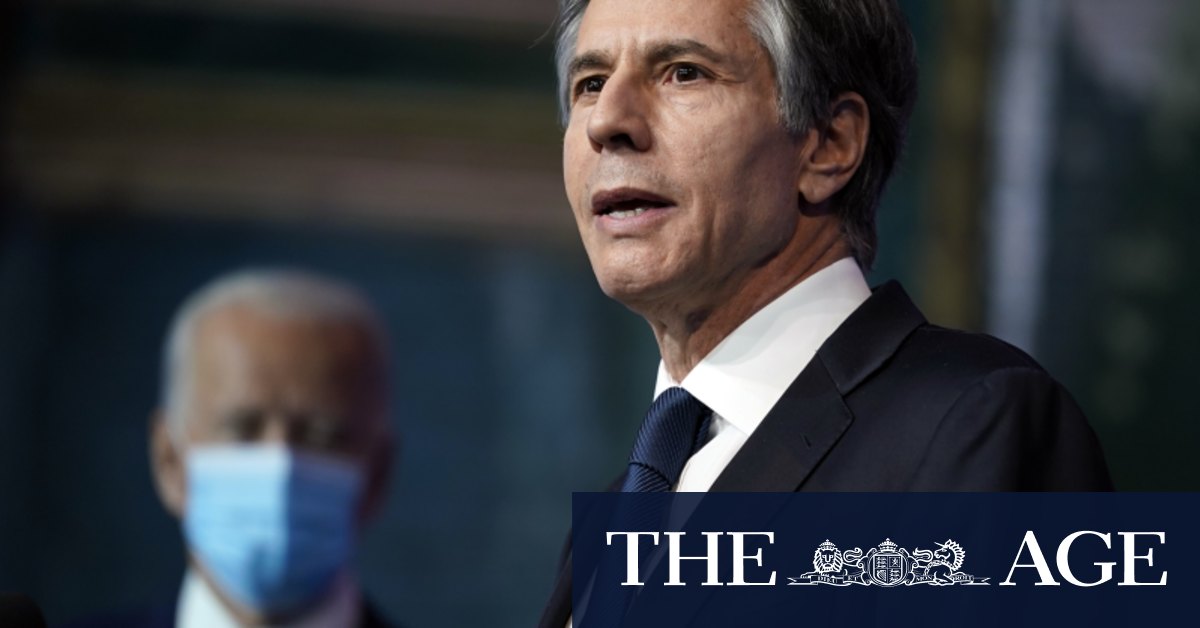 “America is back,” Mr Biden said, “ready to lead the world, not retreat from it, once again sit at the head of the table, ready to confront our adversaries and not reject our allies, ready to stand up for our values.”

That means the US will be able to work again with us and other nations – notably Britain and European nations – to provide a united stance against China’s excesses, while allowing individual countries to negotiate without having to choose between superpowers.

Mr Morrison could tell the Policy Exchange in London that he wasn’t America’s yes man, that Australia had its own “unique interests or views”, without having to placate the American administration. The Biden guys get it. They understand diplomatic nuance.

But it would be a mistake to dismiss the new crew as a bunch of prevaricating policy wonks.

Even before Mr Biden was elected, Australian ministers and officials had met Jake Sullivan, at 43 the youngest national security adviser in decades. But Mr Sullivan already boasts more than a decade of high diplomacy, including a key role shaping the Asia-Pacific rebalance strategy at the State Department and the White House.

Our Foreign Minister, Marise Payne, is already well acquainted with Mr Biden’s pick for secretary of state, Tony Blinken, who was at the table in 2015 when Australia and the US discussed the South China Sea. Mr Blinken is described by The Age‘s foreign affairs correspondent, Anthony Galloway, as “a foreign policy realist with an interventionist streak who will be stronger than Hillary Clinton, John Kerry and the Trump administration in speaking up about China’s human rights abuses”.

Mr Blinken also has a reputation for making tough decisions quickly, and as secretary of state, won’t be overruled by committee. But like everyone else Mr Biden trusts, his real skill is in negotiating.

While Mr Blinken and Mr Sullivan might make life a little easier for Mr Morrison and Ms Payne on the world stage, there’s one team member who represents a big challenge for Australia, and that is the special envoy for climate, John Kerry. As a former secretary of state, presidential nominee and war hero, Mr Kerry brings gravitas to a role that will ask a lot of America’s allies.

Mr Biden’s climate change agenda – aiming for net-zero emissions by 2050 – goes well beyond signing back up to the Paris accords. Climate policy will be built into foreign trade and national security policies and, according to policy documents, Mr Biden wants “to get every major country to ramp up the ambition of their domestic climate targets”.

Previous Patron filmed unconscious, held around neck as guard evicts him from hotel
Next Thai protesters switch plans, but still target the King