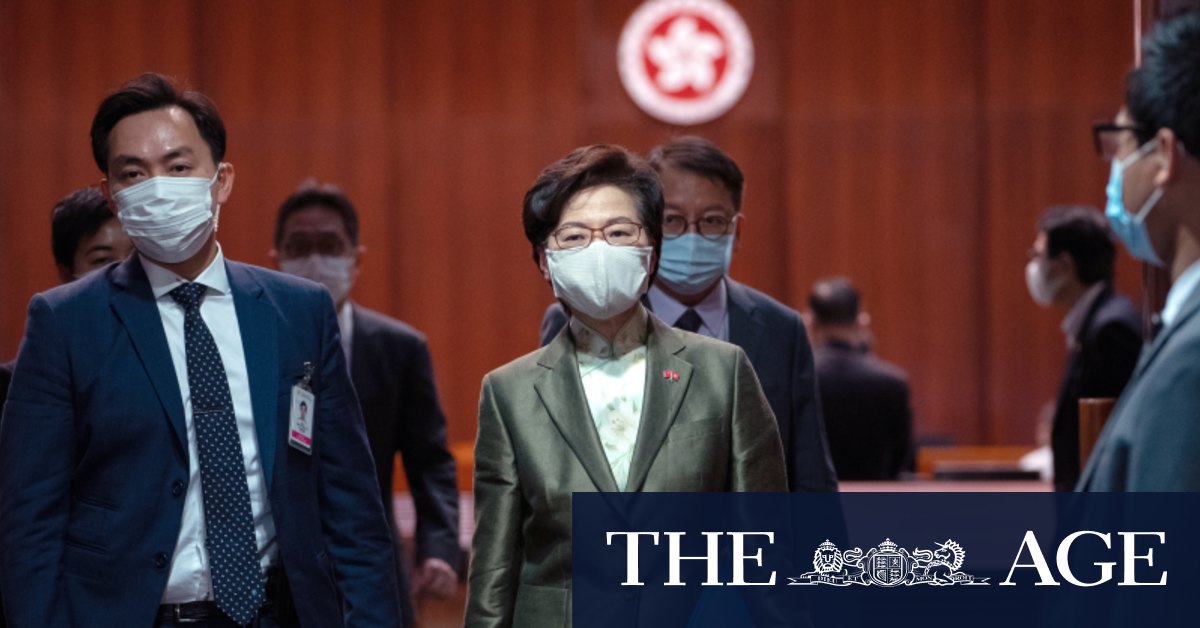 She vowed that after the pandemic, the city’s government would “rebuild Hong Kong’s international reputation and people’s confidence in the government, with a view to relaunching Hong Kong.”

The central government’s role in the former British colony has been in the spotlight, in particular with the imposition in June of a security law after months of pro-democracy protests – the most intense in decades – last year.

Lam said the government will introduce a bill to “enhance oath-taking” by civil servants and conduct widespread public education “to enhance the understanding of the rule of law”.

The government will launch programmes to educate Hong Kong’s youth, who were at the frontlines of last year’s demonstrations, about respecting China’s national flag and its anthem.

Lam spoke at length about prioritising “moral development” of youth and strengthening “their sense of national identity and awareness of national security.”

She also signalled that underage protesters could be let go if they expressed contrition. More than 2,300 suspected are currently being prosecuted for their part in the protests over the past year, and some of them are school students.

Last year’s protests were triggered in part by fears in Hong Kong that the central government was whittling away the freedoms granted when the city returned to Chinese rule in 1997 under a “one country, two systems” formula.

Lam, the city’s least popular leader since the handover, presented her annual policy address via video last year after some opposition lawmakers disrupted the legislative session, jeering as she started her speech.

She did not face any opposition this year, after pro-democracy lawmakers resigned en masse after four of their colleagues were disqualified after China’s parliament gave city authorities powers to oust lawmakers without court scrutiny.

A plan to build vast artificial islands, estimated to cost at least HK$624 billion ($109 billion), was expected to progress next year, Lam said.

The plan envisions building up to 400,000 housing units across 1,700 hectares of reclaimed land between Lantau island where the city’s airport is located and the main Hong Kong island.

Other economic measures included support for an iconic floating restaurant and offering dental treatment support for the elderly.

The protests and later the coronavirus pandemic have battered the city’s economy, with full year gross domestic product (GDP) forecast to contract 6.1 per cent.