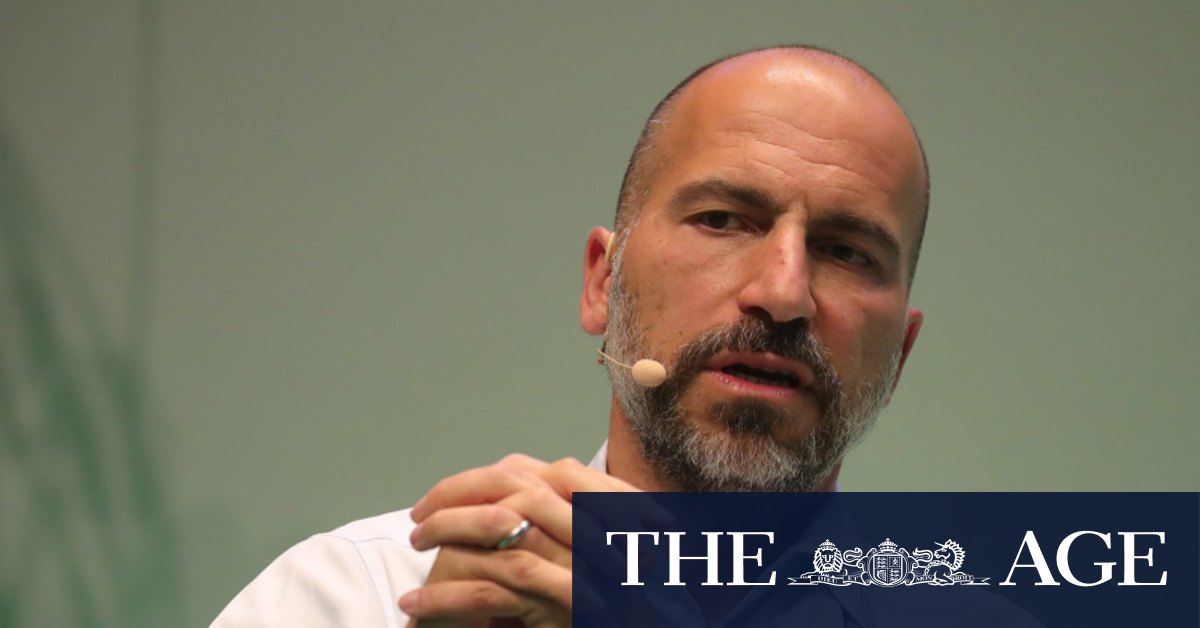 “It is tragic to learn of any death, but when incidents take place on our platform we need to think hard about what we can do to lessen the chances of a similar event ever occurring again on any platform,” Mr Khosrowshahi said in a limited transcript released to The Sydney Morning Herald and The Age. “It is absolutely something we take to heart.”

Bijoy Paul, a 27-year-old Bangladeshi studying in Sydney, was killed after he was hit by a car on Saturday, and two days later, a 37-year-old man whose name is not known died after a collision with a truck in central Sydney.

Asked at the invite-only event about safety, Mr Khosrowshahi said it had been a focus since he became Uber’s chief executive in 2017, replacing the company’s founder Travis Kalanick. Uber has a mandatory bicycle safety test in its app, offers insurance to its riders through Chubb and logs riders off after 12 hours to help manage fatigue. Uber has previously thrown its weight behind mandatory insurance for riders.

“When I joined the company a little over three years ago we made standing for safety a top priority of the company,” Mr Khosrowshahi said. “It wasn’t an afterthought, it was how we designed our systems. It is clear to me we have more to do.”

The Transport Workers Union, which has been lobbying state and federal governments to change workplace laws to give gig economy workers greater rights, accused Uber of only caring about riders when public pressure became too great.

“The company certainly has never made a move to protect riders on the road with training or proper protective gear and it has kept sacking them for being a few minutes late with orders,” the union’s national secretary Michael Kaine said. “Uber is expressing sorrow now because it’s been caught out as a market leader in tearing up workplace healthy and safety laws and structuring its business to get around them.”

The NSW government announced a taskforce on Tuesday to examine the deaths, the industry’s safety practices and potential law reform while federal Industrial Relations Minister Christian Porter said he would have delivery rider safety discussed at the next meeting of state and federal workplace safety ministers.

Federal Labor has echoed the union’s safety claims and called for more scrutiny of the algorithms that rate rider’s performance and determine their access to gig economy platforms.

The other delivery riders to have lost their lives in recent months were Malaysian man Chow Khai Shien, working for DoorDash in Melbourne, and in Sydney Xiaojun Chen, who worked for Hungry Panda, and Uber Eats rider Dede Fredy.

“During the time my brother’s accident happened, was the customer thinking: ‘why is my food delivery guy late, I’ll give him one star’,” she said.

Previous NRL draw: The grudge matches which will shape the 2021 season
Next Flying tyre leaves boy in critical condition north of Brisbane