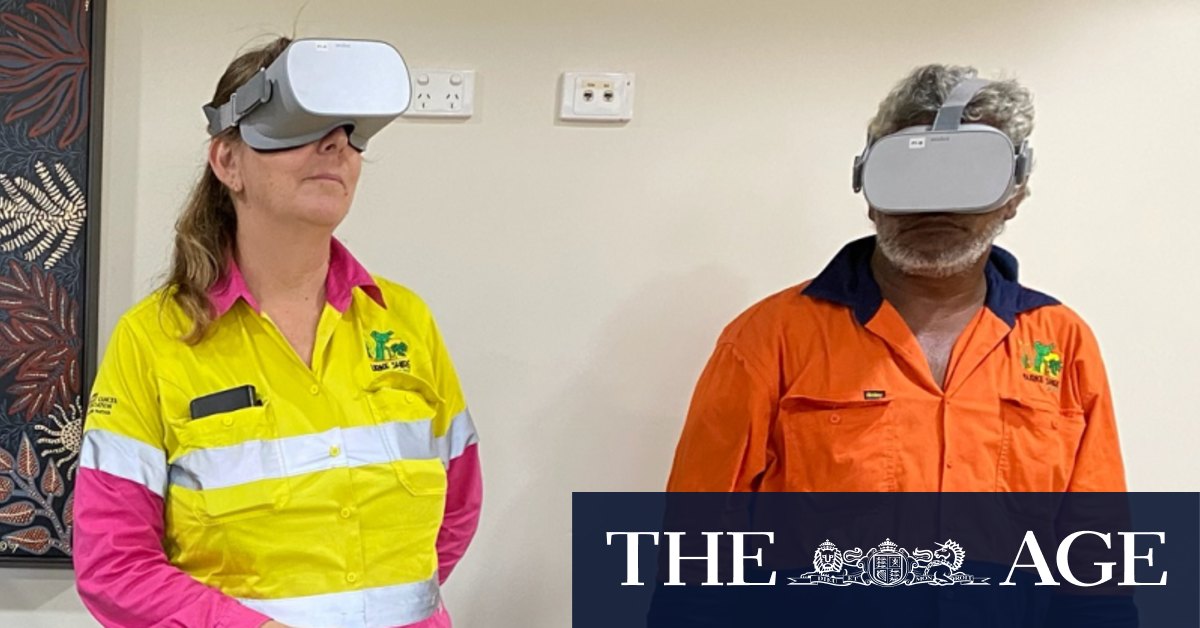 “A lot of our staff were getting to the point where they needed refresher courses on their training, it was just a quirk of timing,” Ms Keenan said.

“We couldn’t get trainers to come to us because they would have had to quarantine for two weeks, which wasn’t ideal.”

The training was mostly around safety in scenarios affecting council workers, including working at heights, enclosed spaces and working with chainsaws.

Next World chief executive Michael O’Reilly said the retention rate of the information in VR training was far higher than in traditional training methods, especially ones with no practical component.

“The purpose of training is to retain knowledge, but when you’re only getting 10-to-20 per cent retention after two weeks from traditional training, and you get results that are eight times better with VR, then it’s quite a profound dynamic,” Mr O’Reilly said.

“Especially when you’re dealing with safety training, you’re sending people off to get critical training where if they get it wrong they can die. If they can improve their retention then that’s a game-changer.”

Next World started five years ago and has had slow but steady growth until this year, when Mr O’Reilly said pandemic restrictions saw demand grow by 500 per cent.

“We had the right tech at the right time to give people what they needed during this year,” he said.

“Obviously everything that has happened with the pandemic has been terrible, but it did force companies to look to alternative methods of delivering that training, which is going to benefit us but also them in the long run.”

Ms Keenan said the council would almost certainly continue to use VR training going forward, despite movement restrictions being lifted.

“This will definitely be our preferred method [of training] going forward, especially because of the engagement that we found with staff,” she said.

“It’s actually set us thinking about a whole lot of different things. Our mayor Ernie Camp is a pastoralist, and being able to use this tech to train in livestock handling or mustering is something we’re looking into.

“It’s no different to an airplane simulator, except you can use the VR headsets where you are, instead of having to travel to where the training is being held.”