Race-by-race tips and preview for Sapphire Coast on Monday

admin November 29, 2020 Sport Comments Off on Race-by-race tips and preview for Sapphire Coast on Monday 20 Views 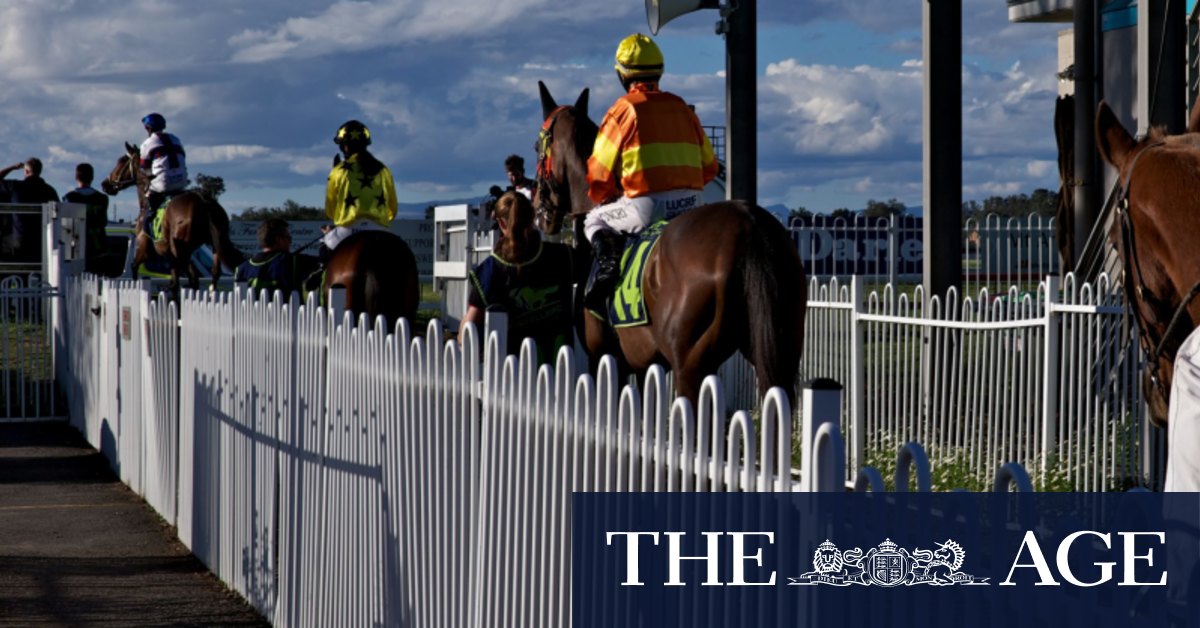 Decent depth in this one over the same trip, nowhere more evident than promising Canberra mare 2. Exotic Deel who can make it three on the bounce this prep up in grade and distance. After a class 1 win at home, was even more impressive sailing home from further back in a BM58 at Gundagai, and drawn to get cover back in the field before pouncing.
Dangers: Improving five-year-old 5. Tribbiani is a threat after doing his best work late in a strong Highway at Kembla on Gong day. Hard fit, and looks well treated with 55kg. Canberra mare 4. Stratum’s Rose struggles to win but better suited coming back to the mile, while six-year-old 1. Hemmerle hasn’t won for a while, and is weighted to his best, but has been racing in tougher company and suited by the extra journey.
How to play it: Exotic Deel to win.
Odds and Evens: Split.

Tricky sprint at set weights. Kembla filly 11. Divine Breath resumes off a smart trial win, and looks to have the others covered on ability alone. Improved sharply at her second run as a two-year-old through winter and, with more education and experience, can strike as long as she slots in from the wider barrier.
Dangers: Big watch on Canberra filly 12. Foxy Rose on debut off a nice trial, while Albury mare 8. Zelberg is well placed from the draw, with blinkers off, despite a battling effort last start. Monitor the market too on four-year-old first-starter 1. Boom Dazzler who has trialled quietly for a strong Canberra stable.
How to play it: Divine Breath to win and box exacta 8,11,12.
Odds and Evens: Split.

Now for the older sprinters, and this stacks up nicely for Queanbeyan five-year-old 1. Hard Core third-up. Did good late work resuming at Canberra before finishing hard in the much stronger Thunderbolt at home, and big weight has been crucially offset with a 4kg claimer booked.
Dangers: Stablemate five-year-old – although based on the South Coast – 2. Concrete – jumped to the front in a BM58 at Queanbeyan and gave nothing else a chance when heavily backed. More depth here and has to concede the top selection 3.5kg, but draws OK and will roll forward and give another big sight. Iron-like 11-year-old 4. Byblos Boy has dug deep to win his last two, but this is tougher.
How to play it: Hard Core to win and quinella 1 and 2.
Odds and Evens: Split.

A few chances in this one. Tough Canberra mare 1. Ons Vier is bursting to win, and can strike deep into the prep despite carting 62kg. Was close-up in a stronger Federal at home, then again dashed up at Gundagai before being collared late by the smart Exotic Deel who goes around earlier in the meeting.
Dangers: Canberra mare 2. Snowbrook resumes off a nine-week spell, and normally comes to hand early in a prep. Won three straight last time, including the Aggies Cup over a mile at Wagga, and is drawn to get a charmed run off the speed. Include Kembla mare 6. Freaky Freckles who comes back in grade fourth-up after working home nicely in her last couple. Moruya five-year-old 8. Legislation took a long time to win a second race at class 2 level and strike rate is naturally poor, but hard fit and gets a useful 2kg claim.
How to play it: Ons Vier to win and trifecta 1,2,6/1,2,6/1,2,6,8.
Odds and Evens: Split.

Tough race, with the two debutants pivotal, and the exposed form very ordinary. Bred for speed, three-year-old gelding 3. Green Leo is on debut with winkers on for a strong South Coast yard off a nice controlled trial.
Dangers: Big market watch on four-year-old Canberra first-starter 1. Got’im, by UK sire Zacinto, who hasn’t trialled for more than six months, but has reportedly been working well and draws to find a handy position. Moruya mare 8. Duck Gold is hard fit, and gets a nice weight drop after the claim, while five-year-old mare 5. Heaven Or Hell was outclassed second-up in a deeper maiden at Kembla, and can bounce back.
How to play it: Green Leo to win.
Odds and Evens: Odds.

We finish with another open and modest sprint. Progressive three-year-old Canberra filly 10. Poetic Power can go back-to-back after a tough third-up maiden win at Gundagai. Even better suited at this slightly longer trip, and in very astute hands.
Dangers: Got plenty of time for Kembla mare 5. Ma Bella Rosie who resumes off a quiet trial, and normally runs well fresh, although would prefer it wetter being by Sidestep. Albury five-year-old 1. Sanctimonious has his first run for the new stable, but is hard to line up coming off a fair Victorian campaign and a handy closing effort in metro BM64 grade. Back sharply from the mile off a month break, but has to carry the weight from a wide barrier. Like a few in this field, 7. Rozburg has more to offer than his strike rate suggests, and will find this a little easier than his last couple at home, although also drawn off the track, while handy mare 3. Super Swish will appreciate a drop in class and trip, and a better draw, after being well beaten at Newcastle.
How to play it: Poetic Power to win.
Odds and Evens: Split.