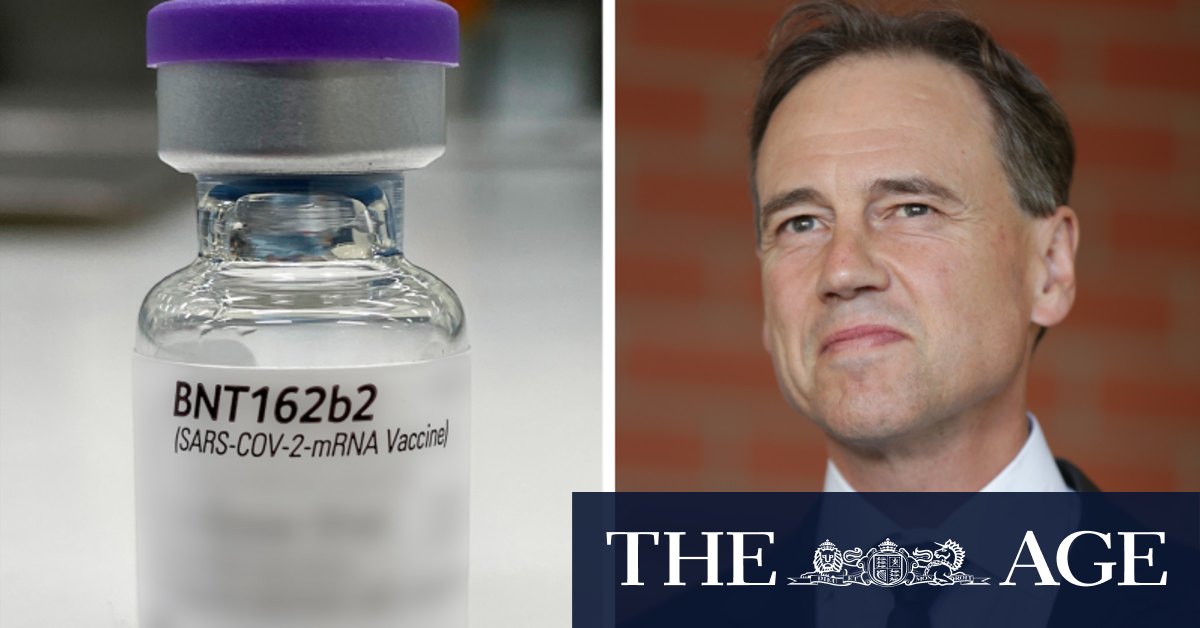 It’s the first coronavirus vaccine to receive regulatory approval in a Western country. Russia approved a vaccine in August, but did not release peer-reviewed data or clinical trials protocols.

The Pfizer-BioNTech vaccine is backed by rigorous science and transparent data, and is a major step towards eventually ending the pandemic.

The Morrison government has signed a deal to buy 10 million doses of the vaccine for Australia. The first deliveries are planned for 2021.

The vaccine will be available in Britain from next week, according to a statement from the UK government.

Other countries aren’t far behind: the US and the European Union also are vetting the Pfizer shot along with a similar vaccine made by competitor Moderna.

The UK had signalled it would move swiftly in approving a vaccine as part of an operation to protect its population, and doctors across the country were put on standby for a possible rollout. For the government, it’s an opportunity to make up for missteps during the pandemic as Britain’s death toll nears 60,000.

Pfizer said it would immediately begin shipping limited supplies to the UK – and has been gearing up for even wider distribution if given a similar nod by the US Food and Drug Administration, a decision expected as early as next week.

But doses everywhere are scarce, and initial supplies will be rationed until more is manufactured in the first several months of next year.

“We are focusing on moving with the same level of urgency to safely supply a high-quality vaccine around the world,” Bourla said in a statement.

While the UK has ordered enough Pfizer vaccine for 20 million people, it’s not clear how many will arrive by year’s end and adding to the distribution challenges is that it must be stored at ultra-cold temperatures.

In reality, the vaccine may be given to hospital and healthcare workers first due to transportation and cold-storage requirements making it logistically difficult to distribute to individual care home. The vaccine can become unstable if moved too many times and has a limited shelf life once thawed.

British regulators also are considering a shot made by AstraZeneca and Oxford University, which may be better suited to care home and community distribution.

Even so, Prime Minister Boris Johnson has warned “we must first navigate a hard winter” of restrictions to try to curb the virus until there’s enough vaccine to go around.

Every country has different rules for determining when an experimental vaccine is safe and effective enough to use. Intense political pressure to be the first to roll out a rigorously scientifically tested shot coloured the race in the US and Britain, even as researchers pledged to cut no corners. In contrast, China and Russia have offered different vaccinations to their citizens ahead of late-stage testing.

The Pfizer-BioNTech vaccine has been tested on tens of thousands of people. While that study isn’t complete, results suggest the vaccine is 95 per cent effective in preventing mild to severe COVID-19.

The companies also reported no serious side effects, although vaccine recipients may experience temporary pain and flu-like reactions immediately after injections.

Experts caution that a vaccine cleared for emergency use is still experimental and the final testing must be completed. Still to be determined is whether the Pfizer-BioNTech vaccine protects against people spreading the coronavirus without showing symptoms. Another question is how long protection lasts.

The vaccine also has been tested in only a small number of children, none younger than 12, and there’s no information on its effects in pregnant women.

On Wednesday evening, Australia Health Minister Greg Hunt welcomed the emergency approval for the vaccine in the UK.

He has spoken with the Australian chief executive officer of Pfizer and the company remained on track for vaccine delivery “once it was approved for use in Australia by an independent regulator.”

“Pfizer continues to work with the Therapeutic Goods Administration, providing data for safety and efficacy as part of the approval process,” Mr Hunt’s statement read. “Our advice remains that the timeline for a decision on approval is expected by the end of January 2021, and our planning is for the first vaccine delivery in March 2021.”

He said the Pfizer vaccine was one of four the federal government had purchased for a total projected supply of 134.8 million units.

“Safety is our number [one] priority and Australia is well placed both for a thorough, but rapid safety assessment and early rollout of a free, voluntary but entirely universally available COVID-19 vaccine program. Today is an important step for the world.”

Laura is a crime reporter for The Sydney Morning Herald.