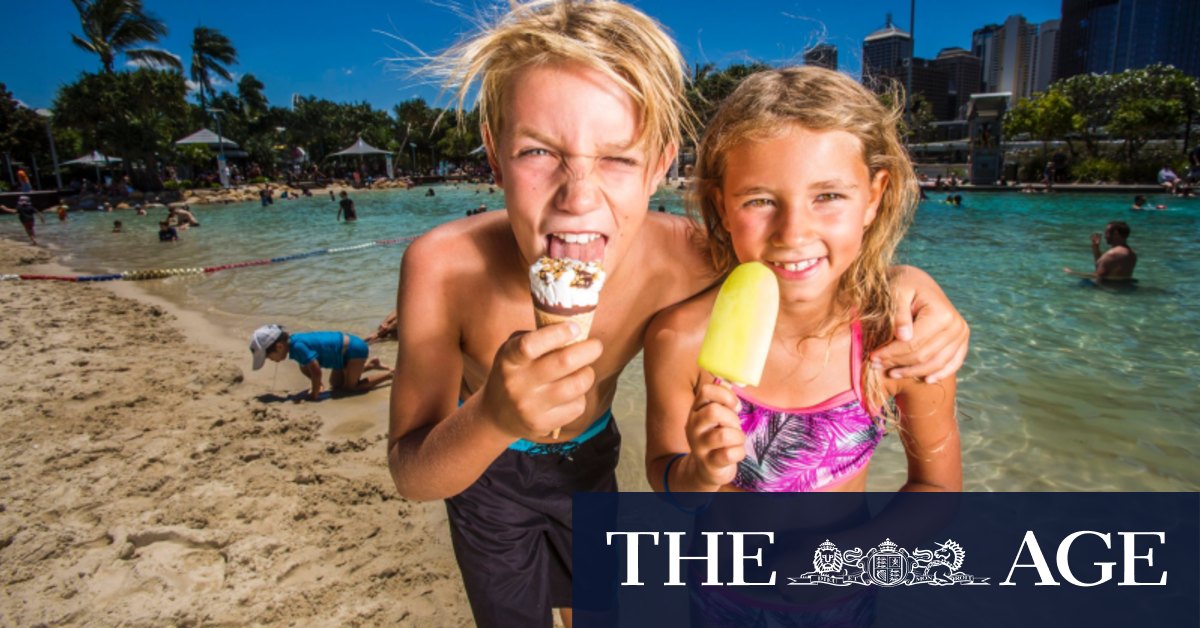 In terms of temperatures on Wednesday, Brisbane peaked at 31.9 degrees, Amberley in Ipswich hit 36, Beaudesert in the Scenic Rim reached 35.8, and Gatton in the Lockyer Valley had a top of 39.4.

Meteorologist Rosa Hoff said conditions on Wednesday were generally three to four degrees above the December average on the state’s south-east coast.

“Severe to extreme heatwave conditions continue over much of interior Queensland … predominantly around the Darling Downs and Maranoa-Warrego districts, where temperatures were as much as 11 degrees above the December average,” she said.

The mercury was set to generally drop two to three degrees on the state’s south-east coast on Thursday, and drop by as much as nine degrees in inland areas.

“So with one day of temperature respite on the horizon [Thursday] for eastern Queensland, it’s a really good opportunity to allow that relief from the heat in. We recommend opening your windows, letting the air flow through, and just making the most of that respite,” Ms Hoff said.

“But come Friday, temperatures will continue to pick up, and we’re going to be back at the same level of warmth we are at now for the weekend.”

“As this current trough moves offshore, it brings in cooler air from the south, which should start to come into the state on Sunday and reach southern parts of the state by Wednesday,” he said.

Ms Hoff said there was no significant rainfall on the near horizon, but some wet weather relief was in sight further down the track.

“With a weak change coming up the coast [on Thursday], we are expecting a slightly increased chance of rainfall about the south-east,” she said.

“However, we’re only likely to get a handful of millimetres – potentially up to 10 millimetres – under a storm, with the chances of rainfall reducing for the next few days and into the weekend.

“Really, our best chance of getting some proper rainfall around south-eastern Queensland comes in the middle of next week, when a trough pushes over from inland parts and should bring some enhanced showers and storm activity for many eastern districts.”

Previous WA will do everything it can to preserve trading relationship with China: McGowan
Next Firefighters hopeful of saving Fraser Island resort, unique rainforests