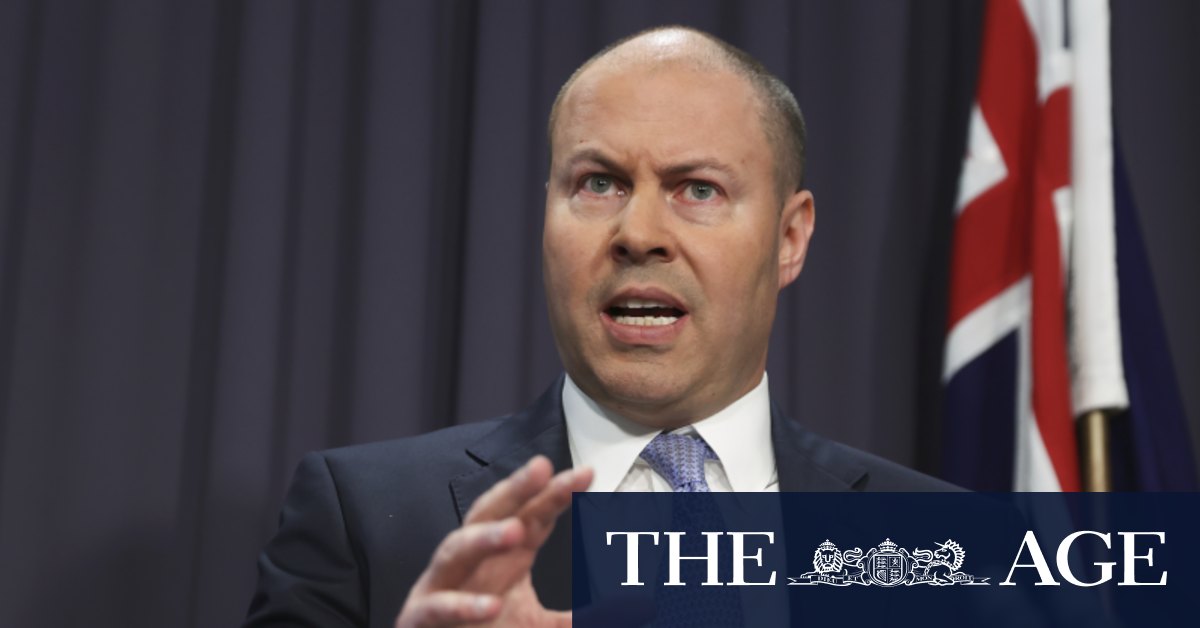 On Wednesday evening, China’s government censors deleted Mr Morrison’s message on WeChat about the incident “on the grounds it ‘involves use of content that incites, misleads, has non-objective facts’ or ‘fabricates societal/historical issues’.”

China’s censorship contrasts with Twitter’s handling of the issue.

Twitter has not removed the original post made by the Chinese official, as requested by Mr Morrison, with Twitter’s spokesperson saying foreign policy comments by political leaders were generally not in violation of its rules.

Speaking less than a fortnight after he called for respectful engagement with Beijing, Mr Frydenberg acknowledged this week’s deterioration was part of a longer term threat to $200 billion in two-way trade. He said globally focused businesses would have to diversify as domestic consumption drove the economy.

“China is our number one trading partner. Many Australian jobs rely on trade,” he said on Wednesday.

“I’m very optimistic about the opportunities for our exporters around the world, but that being said, the situation with China is very serious.”

Figures released on Wednesday showed there is an underlying strength in the Australian economy, even as China hits exports. Gross domestic product grew 3.3 per cent in the three months to the end of September, clawing back some of the June quarter’s 7 per cent contraction, as some economists predicted the Australian economy would recover what it had lost by the end of 2021.

The Chinese Communist Party has largely targeted non-consumables such as barley, coal and cotton for trade strikes to heap economic pressure on Australia to change its policy positions on Huawei, Hong Kong and a dozen other issues. Australia’s largest export, iron ore makes up $80 billon in Australia’s exports to China each year.

Industry sources, who spoke on the condition of anonymity because market conditions are sensitive, said miners and the West Australian government are becoming increasingly nervous about the security of Australia’s iron ore exports, which have been seen as vital to Beijing’s infrastructure boom. China has paid a premium to ramp up its imports from Brazil and Canada, while more than $700 million in Australian coal is floating on dozens of ships off the coast of China, unable to be unloaded into port.

China has also hit importers with restrictions on Australian wine and beef, reducing their availability in store through labelling infringements and crippling tariffs.

HSBC Bank non-executive director Carol Austin on Tuesday questioned why Australia had exposed its economy to retribution from China. “Business is not being an apologist for China but it is not clear why we have handled it so differently,” she said.

Despite those restrictions and a warning by Beijing’s ambassador Cheng Jingye that Australian products would be shunned by shoppers across China, new research shows the disputes have done nothing to dampen the enthusiasm of Chinese consumers for Australian products.

The report from Hong Kong investment firm CLSA shows up until September – nine months after diplomatic tensions first escalated – Chinese consumers were neither more positive nor more negative towards Australian produce and praised the quality and value of beef, wine and natural products.

The figures are a stark contrast to the 40 per cent who are now more negative towards products from the US, which has racheted up its China policy and rhetoric under President Donald Trump.

Domestically, Australian consumer spending through hotels, cafes and restaurants, which had dropped by 56.5 per cent in the June quarter, soared back by 49.7 per cent in the September quarter. Spending on clothes and shoes increased by 21.8 per cent, on health services by 20 per cent and on transport services by 50.7 per cent.

Despite the surge, consumer spending – which accounts for 60 per cent of economic activity – is still 7 per cent down on where it was before the coronavirus recession.

The overall economy is 4.2 per cent smaller than it was before the pandemic.

Net exports sliced the overall result by 1.9 percentage points, with the country being hurt by the absence of foreign tourists and international students while the growing diplomatic dispute with China is hitting sales of Australian coal and wine.

The Chinese consumer research is expected to bolster calls for the Australian business community to hold the course on the Morrison government’s foreign policy as the Coalition comes under increasing pressure from Labor to negotiate with the Chinese government.

After backing Mr Morrison’s stand against the tweet on Monday, Mr Albanese accused the government of presiding over a “complete breakdown” in dialogue with China. The comments are the first signs of an economic wedge on China policy developing between the top of the Labor Party and the Coalition, which has to date remained largely bipartisan at the leadership level.

“The fact that ministers can’t pick up the phone to each other, I find that extraordinary,” Mr Albanese said.

“When I was a minister, Chinese ministers visited Australia and I visited there in our national interest about promoting Australian jobs.”

The domestic split follows rising support for Australia’s response to China’s assertive diplomacy among its western allies including New Zealand and France.

United States Ambassador to Australia, Arthur B Culvahouse jnr, on Wednesday accused the Chinese government of spreading disinformation through the tweet of the fabricated image.

“As we know from leaked reports published this week, the PRC government has yet to come clean on the origins of the COVID-19 virus, which is daily killing thousands of people worldwide,” he said.

“Australia responsibly investigated and disclosed allegations that its soldiers committed crimes in Afghanistan. The PRC would do well to follow Australia’s example and disclose to the world all it knows about the origin of the COVID-19 virus.”

The US State Department’s deputy spokesman Cale Brown said the fabricated image of the soldier was “a new low, even for the Chinese Communist Party”.

Previous Mick Schumacher, son of Michael, to race for Haas F1 in 2021
Next Victoria and South Australia should think again about how they treat electric vehicles