admin December 3, 2020 Business Comments Off on Elon Musk’s dreams could yet come crashing back to earth 23 Views 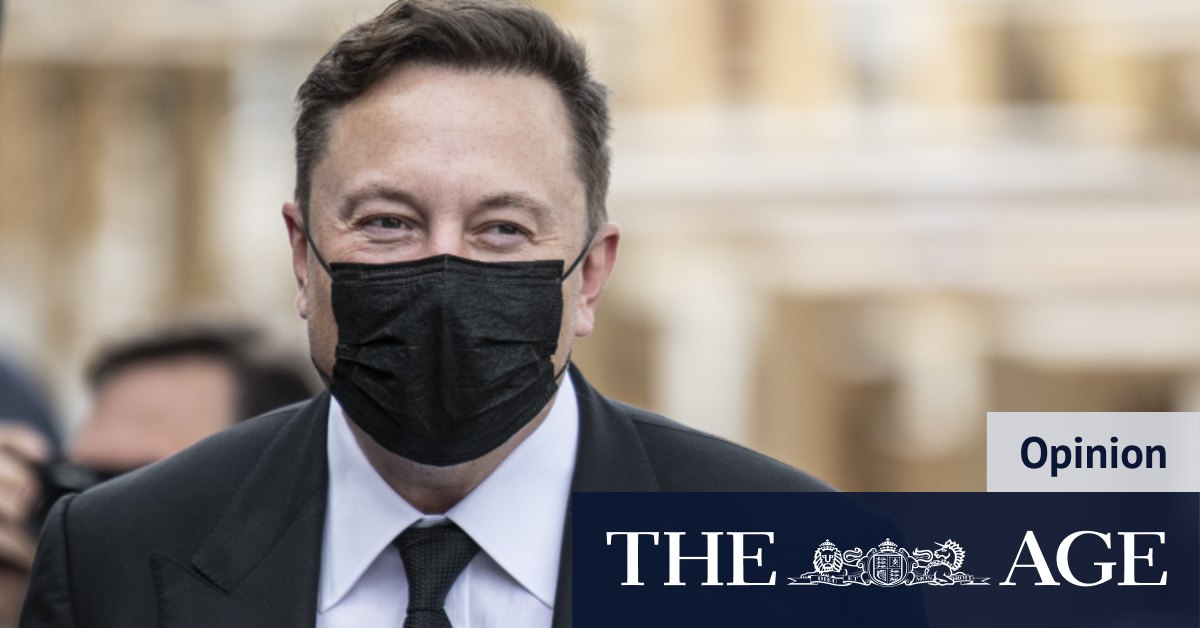 Tesla, after all, is on track to manufacture 500,000 cars this year – less than 1 per cent of the global market and a 20th of the number manufactured by Volkswagen alone in 2019. Yet the rocket-fuelled, six-fold surge in Tesla’s shares this year has sent its market value to $US554 billion, meaning the company is worth more than not just Volkswagen but Hyundai, GM and Ford thrown in for good measure as well.

Can that colossal valuation be justified? On any rational, terrestrial basis, the answer is no.

Much of Tesla’s share price rally has been fuelled not by any fundamental news but by feverish speculation from retail investors and the company’s impending inclusion in the S&P 500 index of leading US shares on December 21 – a development which will trigger big purchases by investment funds tracking the benchmark such as Vanguard and Fidelity.

Tesla might earn $US1 billion or so this year, so the current market valuation is predicated on a vast rise in future profits on a scale which is difficult to foresee under any realistic scenario.

With giant new factories under construction in Berlin, Shanghai and Austin, Texas, Tesla is expanding fast and could potentially be producing as many as 2.1 million cars by 2025, giving it a growth rate of about 35 per cent per year.

It doesn’t take a genius to see how this could end.

But its shares now trade at a trailing 12-month price-earnings ratio of 926, and a forward 12-month P/E of 158 -stratospheric when compared to the average forward P/E for the S&P 500 of around 28.

Put simply, however promising Tesla’s prospects may be, it is impossible to escape the conclusion that this company is overvalued. That’s not how the Tesla bulls see it, of course.

Indeed, if you have drunk the Tesla Kool-Aid, it all makes perfect sense. Tesla’s electric vehicles are streets ahead of the competition in quality and brand power. Also, the company does not have the enormous legacy costs associated with the continued production of internal combustion engine cars – a dying industry as governments around the world slap tough new rules on their manufacture to tackle climate change. Its autonomous driving technology is also well ahead of the pack.

Above all, most of its more established rivals like VW and Toyota are trying to crack the electric market while continuing to produce regular petrol and diesel cars.

Although superficially similar, the two technologies are in truth very different, and involve an entirely different supply chain of materials, manufacturing, servicing and know-how.

Trying to do both things at once is the business equivalent of trying to juggle six balls at once, creating enormous complexity and cost, which soaks up capital and management focus.

Tesla therefore has an enormous advantage as the only large-scale manufacturer of premium EVs globally.

That represents both a formidable competitive moat for rivals to cross and an extremely good reason for Tesla to avoid exactly the kind of takeover of an established, conventional rival Musk speculated about in Germany this week.

There is another factor at play – the tumbling cost of batteries, which represent 25 per cent to 40 per cent of the total cost of an electric car.

Many believe the industry is approaching a tipping point where battery costs are driven down so low that EVs will be cheaper to build and own than conventional cars.

At that point, so the argument goes, the established internal combustion engine market could fall into a death spiral of collapsing sales.

It could happen and it’s possible, of course, to imagine a scenario where a sudden advance in the underlying technology triggers a rapid acceleration of Tesla’s fortunes.

Either way, its path to ever greater growth and riches is far from assured and hard to square with a $US554 billion valuation.

Tesla can only expand its manufacturing footprint so fast and big constraints also exist in the supply chain for EVs – above all, the raw materials of lithium, nickel and cobalt used to produce batteries.

Tesla has even started a project to mine some of these itself – a risky venture that could backfire given that mining is not exactly the company’s core area of expertise.

Perhaps a better acquisition for Tesla than a car rival would be a big lithium miner?

Tesla bulls believe, with some justification, that Musk is a once-in-a-generation visionary, who has seen the future and is accelerating towards it. If so, perhaps they should pay closer attention to his tweets.

Six months ago in May, he tweeted that the company’s shares were “overvalued imo”. Since then, they have quadrupled in worth.

It doesn’t take a genius to see how this could end.

Previous ‘I was taken aback’: Green suprised by warm welcome from Indians
Next Cafes, pubs and gyms to help drive economy back