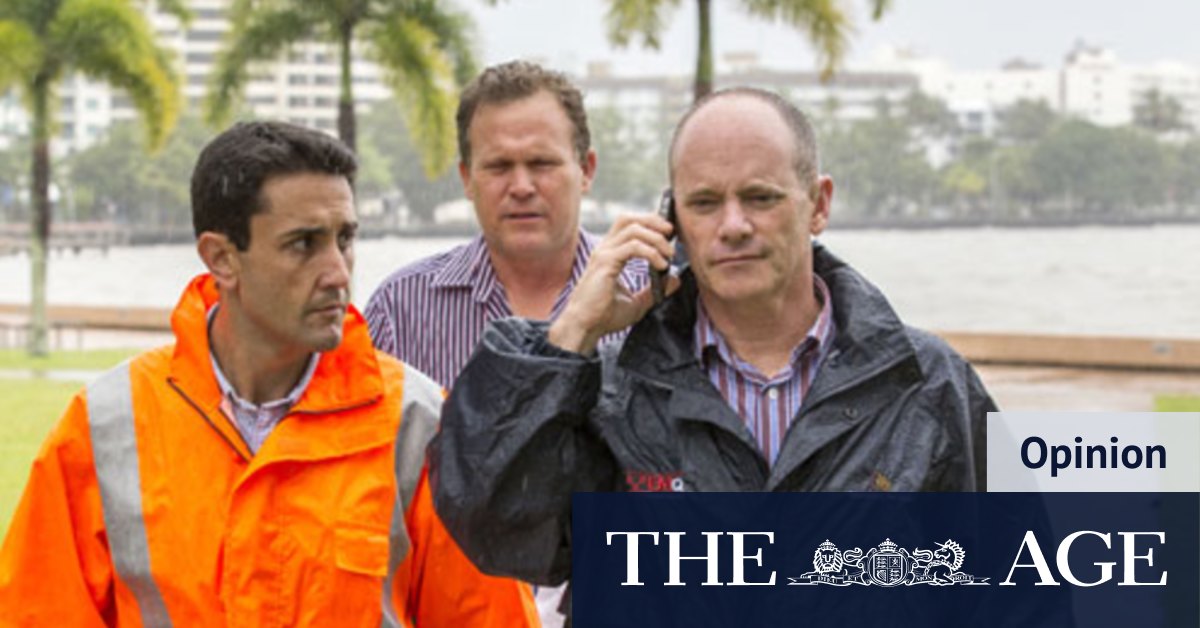 He swept into power with an extraordinary majority in 2012, moved fast, sacked 14,000 public servants and then lost government in a decisive and harsh boot in 2015.

Labor knows the power of invoking the ghost of Mr Newman and made sure his spectre floated about at the past two election campaigns, undoubtedly helping secure wins at the ballot box.

Mr Crisafulli – Newman’s local government and community recovery minister – attempted to shut down the rhetoric during his budget reply speech.

But he dropped some ammo for Labor in the process.

“We need to adopt a new approach to our public service,” Crisafulli said.

“Bereft of a plan to manage their finances, this government will attack the decisions of an administration that will be 10 years in the wilderness by the time of the next election, to scare the hard working men and women of the Queensland public service into not supporting values and beliefs many do at federal and local levels.

“This is my vision for a modern public service – one where service levels continue to improve and wages continue to rise.

“One where our relentless focus will be on delivering a level of customer satisfaction to all Queenslanders – regardless of where they live.”

Crisafulli said he knew attacks would be levelled at him from the “period between 2012 to 2014” but he outlined his pride in the work he achieved with his departments, while arguing Labor “stir up select ghosts of the past”.

The former television journalist did not outline any major policies in his budget reply speech, other than urging funding for projects to be brought forward, more support for the resources industry, farmers and tourism, building water infrastructure, and urging for planning to welcome back overseas students.

Crisafulli was keen to demonstrate his support for some of Labor’s policies instead of just going on the attack, such as funding for domestic violence and a Holocaust Museum, and show he will not just oppose for the sake of being in opposition.

He even had kind words to say about former Labor premier Peter Beattie and his “passion for Queensland and an aggressive interstate business migration strategy [which] showed innovation”.

But while Crisafulli neglected to name Newman, almost like he was Voldemort from the Harry Potter series, Labor MPs were not so kind.

Just moments after Crisafulli sat, Labor Deputy Premier Steven Miles rose to his feet: “I reckon that speech was even more Campbell Newman than even Campbell Newman could have been.”

“I think there was only one line in there that was truly honest and that was when he outlined that he would have a new approach to the public service.

“I think we all know what that means.”

Mr Newman might have been voted out in 2015 but he is not going anywhere in a hurry.

Felicity Caldwell is state political correspondent at the Brisbane Times