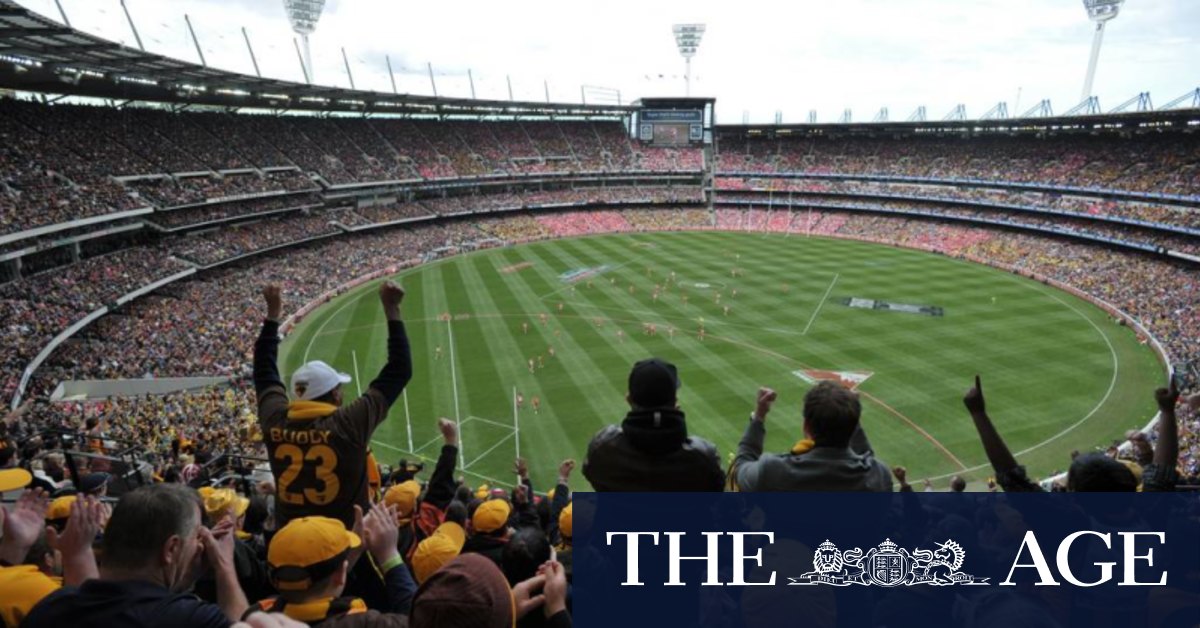 The AFL is now aiming to release a section of their fixture for the men’s 2021 competition before Christmas as the MCG becomes increasingly hopeful of lifting crowds from 30,000 spectators on Boxing Day to more than 50,000 people by the time the AFL season starts on March 18.

Both the AFL and the MCG are attempting to make haste slowly as Victoria emerges cautiously from the COVID-19 lockdown that saw the game relocate outside the state and the MCG virtually vacant since Melbourne played Richmond on July 5.

Hopefully by then we’re talking 75 per cent or who knows even a 100 per cent return of crowds.

However a league source confirmed the AFL was planning an initial release of matches pre-Christmas before expanding on the schedule in February in order to maintain flexibility in an environment that remains unpredictable.

The league has confirmed the season will begin with the traditional Richmond v Carlton clash on Thursday, March 18, and remain keen on exploring the idea of a footy frenzy with games each day over 20 consecutive days.