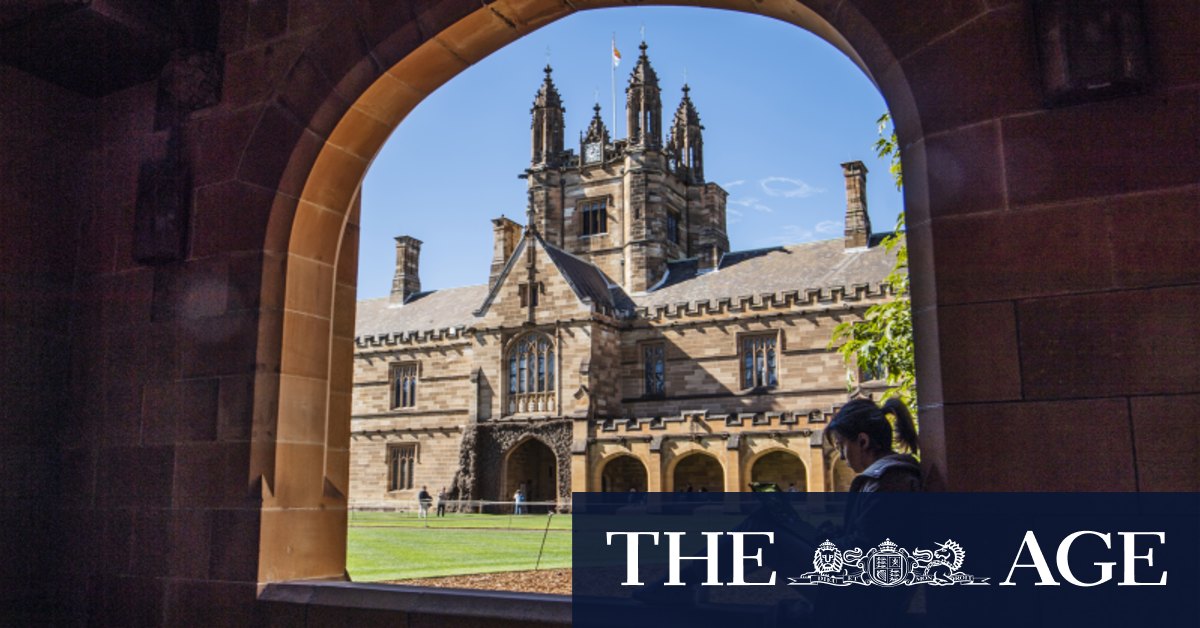 He also revealed he had not spoken directly to his Chinese government counterpart since being appointed Education Minister more than two years ago, despite making “very clear that we would be happy to have a discussion on international higher education”.

The latest data from the Department of Home Affairs reveals 11,755 new international students started studying at Australian universities between July and September, down 65 per cent on the same period last year.

Chinese students accounted for 67 per cent of these new commencements, compared with 26 per cent over the three-month period last year.

Australia’s universities, which rely heavily on the Chinese international student market, have warned they face significant declines in revenue as a result of border closures due to coronavirus.

But University of Sydney vice-chancellor Michael Spence said the university expected to record a better financial position in 2020 than 2019, due in large part to fewer international students dropping out than it had feared. Chinese students comprise almost 70 per cent of the university’s international cohort.

“Our Chinese students have been remarkably loyal to us during COVID-19,” Dr Spence said. “Australia needs to get China right. And it’s not just the universities. It’s our largest near neighbour and our most important economic partner.”

Mr Tehan chaired a meeting of the Council for International Education on Thursday, attended by five other federal ministers and a panel of education experts, which agreed to develop a new 10-year strategy for Australia’s $40 billion international education sector.

Modelling from Victoria University’s Mitchell Institute last month showed the number of international students living in Australia would halve, dropping by up to 300,000 by mid next year, if international borders remained closed.

Belle Lim, president of the Council of International Students Australia, who attended Thursday’s meeting, said international students were desperate for a clear message from the Morrison government about when they would be able to return to Australia.

She said she had been contacted by many distressed students who were still paying rent in Australia and had their belongings here.

“They are in this difficult position in that they are paying for onshore tuition fees but are not able to access the facilities that onshore teaching provides. A lot of these students are not able to graduate without completing some of their components onshore,” Ms Lim said.