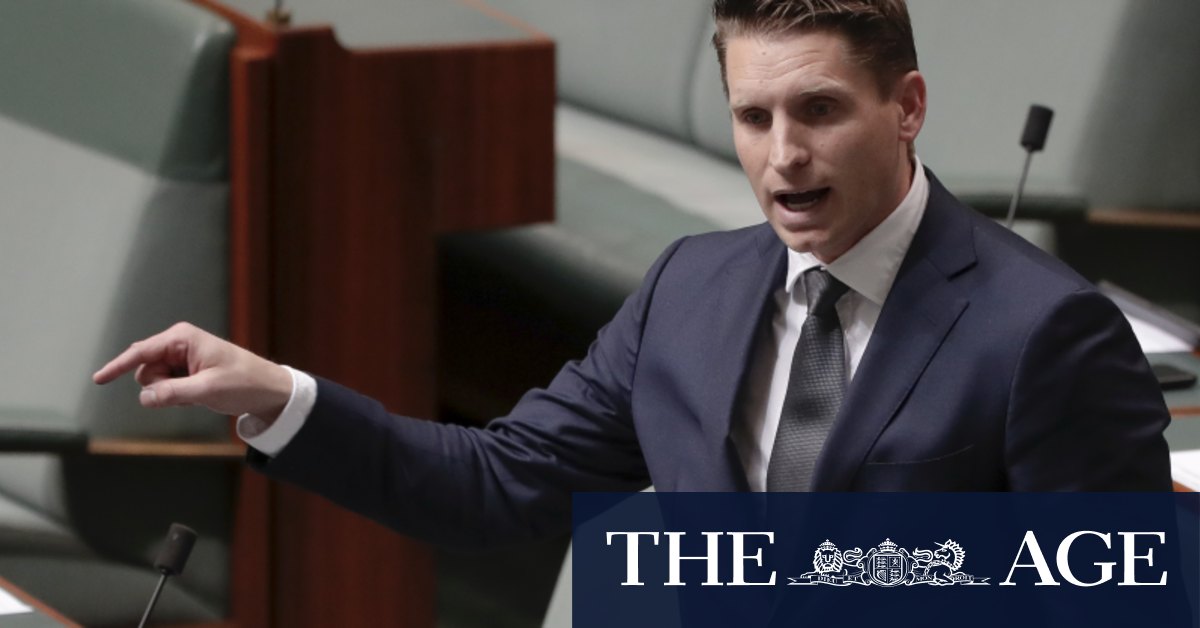 The Chinese government has sought to capitalise on the release of a report by NSW Court of Appeal Justice Paul Brereton, which found Australian special forces soldiers allegedly committed 39 murders in Afghanistan.

A report produced by defence consultant Samantha Crompvoets, attached to the unredacted version of the Brereton report, also contained allegations that two 14-year-old boys suspected of being Taliban sympathisers had their throats slit.

“Crompvoets detailed unproven rumours of Australian soldiers murdering Afghan children … the Brereton report neither rules these rumours in or out. So why are they out in the open?” Mr Hastie said in a speech to Federal Parliament on Thursday afternoon.

Mr Hastie said the release of the allegations had “undermined public confidence in the process and allowed the People’s Republic of China to malign our troops”.

He said he was “particularly angry” at the leak of the Crompvoets report to The Age and The Sydney Morning Herald two weeks prior to the release of Brereton report.

“I am unhappy that the author of the report appeared on 60 Minutes four days prior to the release of the Brereton report,” Mr Hastie said. “I also disagree with the decision to release the Crompvoets report unredacted, alongside the redacted Brereton report.”

Chinese social media site WeChat on Wednesday night blocked Mr Morrison’s response to the Chinese government, after he said Australia was dealing with the war crimes allegations against Australian special forces in an “honest and transparent way”.

Twitter has refused to remove the original tweet from China’s Ministry of Foreign Affairs, arguing it did not breach its rules because it was commentary from a government official. But WeChat, which is partly controlled by the Chinese government, moved swiftly on Wednesday to remove Mr Morrison’s message, stating it contained “non-objective facts” and fabricated historical issues.

Mr Morrison reiterated his statement in person on Thursday and called for unity, stating Chinese Australians had played a critical role in Australia’s health and economic success in managing COVID-19.

He also directly took on critics of Mr Morrison, including veteran broadcaster Alan Jones, saying the Prime Minister had “stood up for the ADF”.

Mr Jones on Thursday demanded Mr Morrison apologise to Australia for his response to the Brereton inquiry, accusing the Prime Minister of giving China an opening to attack Australian troops.

“I, too, found the tweet by the People’s Republic of China to be a repugnant slur on the serving men and women of the Australian Defence Force,” Mr Hastie said.

“Our Diggers don’t ask for much. They want strong leadership and a boss who has their back: the Prime Minister called out this slur. And the PM has also consistently defended their conduct and integrity since Brereton report was released.”

Chinese-language media outlets in Australia, some of which are controlled by the Chinese Communist Party, ridiculed Mr Morrison’s reaction to the tweet this week, prompting the Prime Minister to attempt to reach the community directly through social media.

The Australian government’s response has now secured the support of allies in Europe, the US and New Zealand, and former prime ministers Malcolm Turnbull and Tony Abbott. Labor has become increasingly critical of the Morrison government’s handling of the crisis, accusing the Coalition of being responsible for a breakdown in the relationship.

A spokesman for the German foreign ministry in Berlin said on Thursday that China’s decision to publish a fabricated image on social media was “unacceptable”.

“The Australian government is facing up to the responsibility to investigate alleged crimes by its special forces in an exemplary manner,” the spokesman said.

“This goes to show that Australia takes human rights and the investigation of alleged crimes seriously and contrary to others – we very much respect Australia’s approach.”

Democratic Senator Robert Menendez, the top Democrat on the Senate Foreign Relations Committee, said of the tweet: “This is despicable & beneath the dignity of a nation with 5000 years of culture & history.”

Republican Senator Marco Rubio, the chair of the Senate Intelligence Committee, wrote to Twitter chief executive Jack Dorsey to complain that the image had not been removed from the social media platform.

“It defies belief that Twitter is unaware of the image, which falsely portrays an Australian soldier holding a bloody knife to the throat of a young Afghan child, as Australia’s Prime Minister Scott Morrison requested the image be taken down,” Senator Rubio said.

But amid rising tensions with China, the 10 ASEAN states – all of whom are heavily dependent on economic ties with China – have been noticeably silent on the escalating diplomatic and trade dispute between Beijing and Canberra.

The Sydney Morning Herald and The Age this week contacted the governments of Indonesia, Malaysia, Singapore, the Philippines, Vietnam and Thailand for comment on the worsening dispute – and all declined to comment.

The pair, who were meeting for the first time, held discussions about regional security and opportunities to grow bilateral trade between the two nations.

Vietnam and China are locked in a bitter dispute over competing claims to a portion of the South China Sea, including the Spratly and Paracel islands.

Two US aircraft carriers have docked in Vietnam in the past three years – the first since the end of the Vietnam War in 1975 – and some major multinational corporations have re-located manufacturing operations from China to Vietnam.

Vietnam is also the only south-east Asia nation that has, thus far, excluded Chinese tech companies from the rollout of next gen 5G phone networks.