Race-by-race tips and preview for Rosehill on Saturday

admin December 4, 2020 Sport Comments Off on Race-by-race tips and preview for Rosehill on Saturday 23 Views 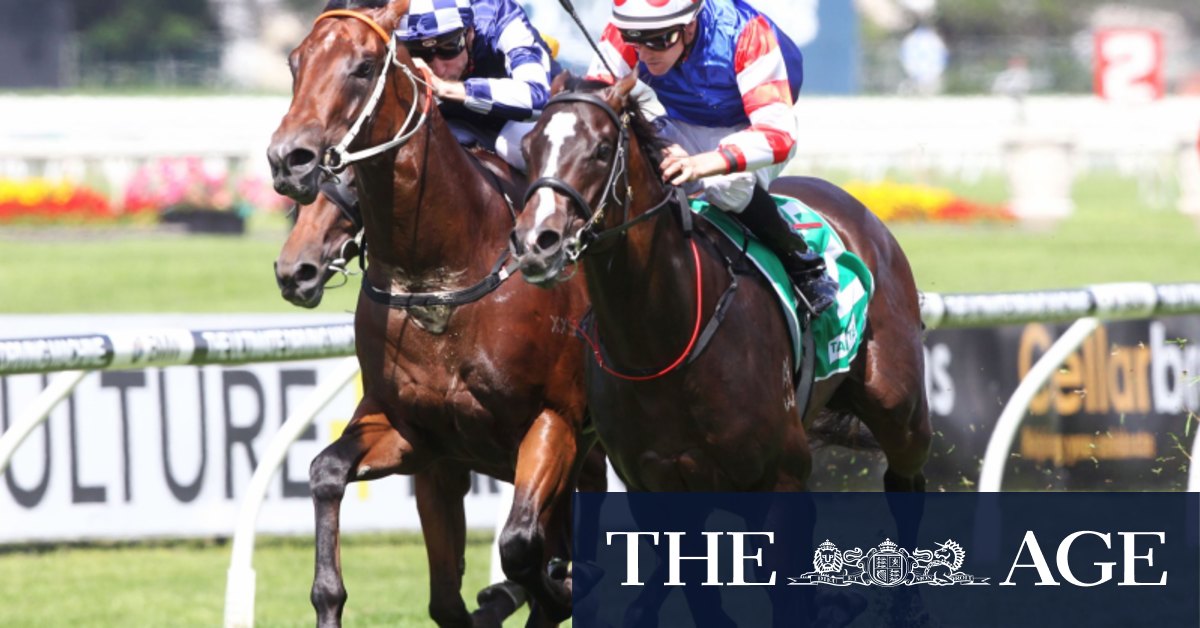 6. Eva’s Deel comes out of a very messy Highway Handicap where a case can be made for four or five unlucky runners but Eva’s Deel was arguably the stiffest of the lot. The mare was held up for much of the straight before motoring through the line when she finally saw a glimpse of daylight. Not a lot has gone her way this campaign. If she can camp midfield and get an uninterrupted run at those in front of her she’ll take holding out. 8. Can Do It bolted in at Wyong last start running faster time than the BM64 at the same meeting. Maybe it has all finally clicked for the Jean Dubois-trained colt.
How to play it: Eva’s Deel to win.

Happy to play 2. Wairere Falls at the odds. One of Chris Waller’s five runners in the race, the four-year-old has won two of his past three starts, with his latest effort a fourth behind Bigboyroy and Air To Air at Kembla Grange over 1500m. Knight (a subsequent Gosford winner) led at a good clip so it was set up for Wairere Falls to close off hard late but the way he hit the line suggests he wants this trip now. Stablemate 8. The Elanora is no doubt the horse to beat on the back of a group 3 win in the Spring Stakes. Has a wide draw to overcome, which is the only knock. 11. Namazu closed off hard in the Spring Stakes with his last 200m (11.74) comfortably the quickest in the race.
How to play it: Wairere Falls to win.

5. Edison absorbed a lot of pressure last start at Newcastle yet still fought out the finish. He was gunned down by Through The Cracks in a BM88 that had more depth than this one. In behind him were Chat, Hilo, Two Big Fari and Royal Celebration. The son of Fastnet Rock has returned as well as ever, if not better. The barrier looks a touch awkward on paper but Josh Parr, who has ridden him in his past two starts, will put the foot down early to cross or camp outside of the leader pending how aggressive the tactics are on 1. Special Missile. Absolutely ready to win third-up. 7. Enchanted Heart was denied a hat-trick by Great News last start, with that mare franking the form at Rosehill last start in running second to Two Big Fari.
How to play it: Edison to win.

10. Proletariat moved into the race like the winner at Kembla Grange last start before emptying out the last 100m. No excuses fitness-wise now fourth up for the former Kiwi trained by Joe Pride. That looks the right form reference with 7. Accountability and 13. Significance opening the early favourites. Is the market discrepancy warranted? The argument against is that Proletariat did SP $51 and had two duck eggs next to his name from two ordinary runs prior. He won three in a row at Awapuni and looked a stayer of some promise. All three of those wins were over 2100 and 2200m so it could be as simple as he hasn’t even got warm over 1400m and the mile.
How to play it: Proletariat each-way.

Can’t find a stack of speed in this contest which makes those that can settle on-pace very dangerous given the Rosehill 1100m. Enter 4. Single Bullet. This enigmatic sprinter is a handy galloper on his day and resumed last preparation with a narrow second to Inanup. That was on a heavy track and first-up after a year on the sidelines. The six-year-old is typically a strong trialler but loved his action as he strode clear to win a recent Rosehill heat. Happy to forget 8. Pandemic ever ran last start. He was wide the trip and is much better suited back to 1100m. That said, he’s extremely well found by the early market.
How to play it: Single Bullet each-way.

15. Turnstyle is bursting to win again and she gets the perfect set-up to turn a run of placings into a win. The four-year-old looked the winner having kicked clear at Rosehill second-up before being collared late. It was then a case of bumping into the flying Stolen Jade two weeks ago but she chased gamely to cut the margin to just 0.2L on the line, with a further length back to Macroura and Intrepidacious. The leaders just got too easy a time in front. Looking at the map, Turnstyle could be the one proving hard to run down from in front this time. 2. Invinciano is a big, strong mare who needs galloping room. She’ll put herself on speed from the low draw and, off a seven-week break, should have enough residual fitness to see her competitive.
How to play it: Turnstyle to win.

8. Golly I’m Lucky’s first-up fifth at Kembla Grange was much better than it reads on paper. We’ve seen enough of this six-year-old to know his get-back racing style leaves a lot to chance but he possesses a monster finish. He’ll need a genuine tempo up front to win but we’re getting a price to take that gamble and love the pairing with Jason Collett. How forgiving can we be of 1. Big Parade last start? He went too quick in front but even so, he was entitled to stick on better than he did having jumped odds-on. 10. Dunbrody Power is flying this time back. She just found a leader-dominated race at Kembla last start.
How to play it: Golly I’m Lucky to win.