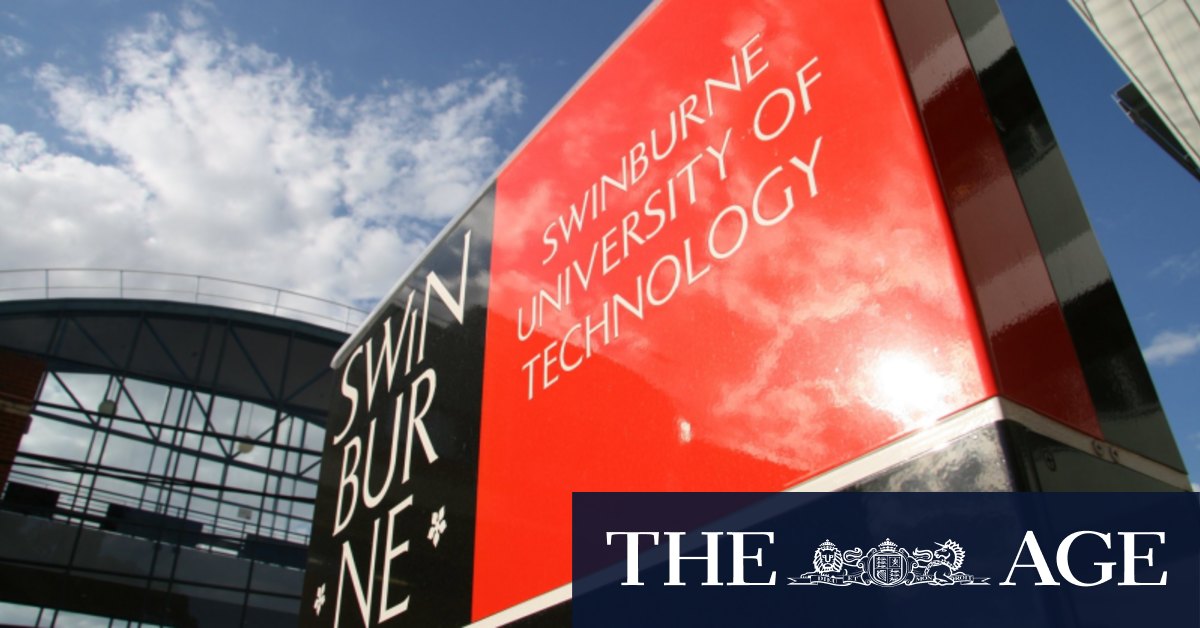 The financially troubled institution could also do away with its second most senior layer of management, making its three pro vice-chancellor roles at the head of three faculties redundant.

The proposed cuts would remove roles at the head of the faculties of business and law; health, arts and design, and; science, engineering and technology.

“The current environment requires the university to make some difficult decisions about where it invests in teaching and research in order to ensure its financial sustainability and deliver on its strategy,” the document said.

Swinburne’s vice-chancellor, Professor Pascale Quester, wrote to staff on Friday upon the release of a swathe of “briefing packs” detailing the proposed cuts.

“As we continue to address our financial situation, it has become clear that some of the earlier measures that were put in place have not delivered sufficient financial outcomes,” Professor Quester wrote.

“We must take immediate action to address our financial sustainability, as well as prepare for the future.”

She acknowledged the announcement would be a “difficult time for many”.

It closely follows the release of proposals last month to cut the number of units offered in fields including business, law, science, engineering and technology.

Those announcements prompted the National Tertiary Education Union to take industrial action, forcing the university to extend its consultation on the proposed cuts.

Some staff passed a no-confidence vote in Professor Quester at the time.

The union’s Victorian division secretary Mel Slee said the “scale and timing of these proposals just before Christmas highlights why staff recently took a vote of no confidence in the ability of the new vice-chancellor”.

The university has said it will make between 125 and 150 staff redundant. This comes on top of an earlier round of voluntary redundancies this year in which 138 staff departed.

A university spokesperson said the redundancies equated to about 5 per cent of Swinburne’s current workforce.

The internal briefing document said while Swinburne had a good international profile, it had underperformed compared to other Victorian universities, notably Deakin and RMIT.

The departments were said to need a simplified structure and clearer lines of accountability.

The university’s student administration and library services will reduce face-to-face accessibility. Sixteen roles are expected to be changed with two employees made redundant.

“In 2019 only 20 per cent of all current student enquiries were face-to-face, with only six per cent at our eastern campuses,” the document stated.

Anna is an education reporter at The Age.

Time to enhance, not diminish our honours

Consider the council: Nineteen distinguished citizens, well gender-balanced, all with an indisputable record of service. …