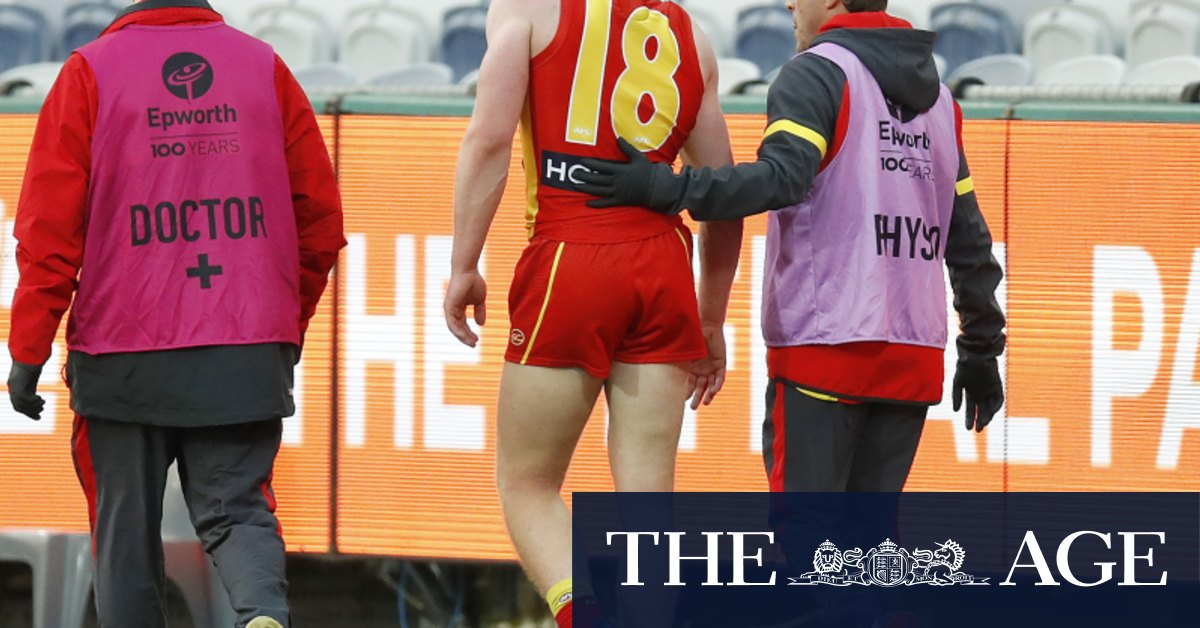 “It’s sad to see those people move on but it is also exciting to see new people and succession happening.”

A doctor at an AFL club told The Age being a club medico was one of the few roles within an AFL club where an individual would be likely to earn more money working outside the AFL system.

He also said that although the demands were increasing the main reason people considered leaving was to ensure they had a more balanced lifestyle.

The reduced football department cap from $9.7 million per club to $6.2 million per club has also squeezed clubs although they must have a minimum spend directed towards medical and wellbeing care.

Geelong have received numerous applications to fulfil the vacancies but Rigby said the real challenge was building the rapport club doctors had with people throughout a club.

“The biggest impact of a new group of doctors moving into a football club – it’s not so much the medicine [as they are] they are very good at what they do,” Rigby said.

The shift within many clubs will occur as COVID-19 protocols are eased somewhat when first-to-fourth-year players officially return to training on Monday to prepare for the 2021 season.

Clubs will be able to train without restriction when outdoors after players and officials underwent another round of COVID-19 testing on Thursday and Friday.

Industry sources said players would only be required to follow the rules imposed by their state governments when away from the club.

All officials and players will still need to be screened and temperature tested before entering the club, meetings held indoor will have their numbers limited and each session should be restricted to within an hour.

Testing is unlikely to occur weekly, but a COVID-19 compliance officer will still need to make risk assessments to determine how regularly particular individuals need to be tested.

The AFL official who ran the league’s testing program, Patrick Clifton, was poached by the NBA to run similar programs for their competition which begins on December 23 (AEDT). He will be the NBA’s vice-president of player health.

Many senior players have been drifting into clubs over the off-season, having spent their break for the most part inside Australia, but they do not officially return until January 6.

Previous Race-by-race preview and tips for Nowra on Sunday
Next Hotels, police and troops get COVID crash course at Jeff’s Shed

One match off is not enough, says retired player