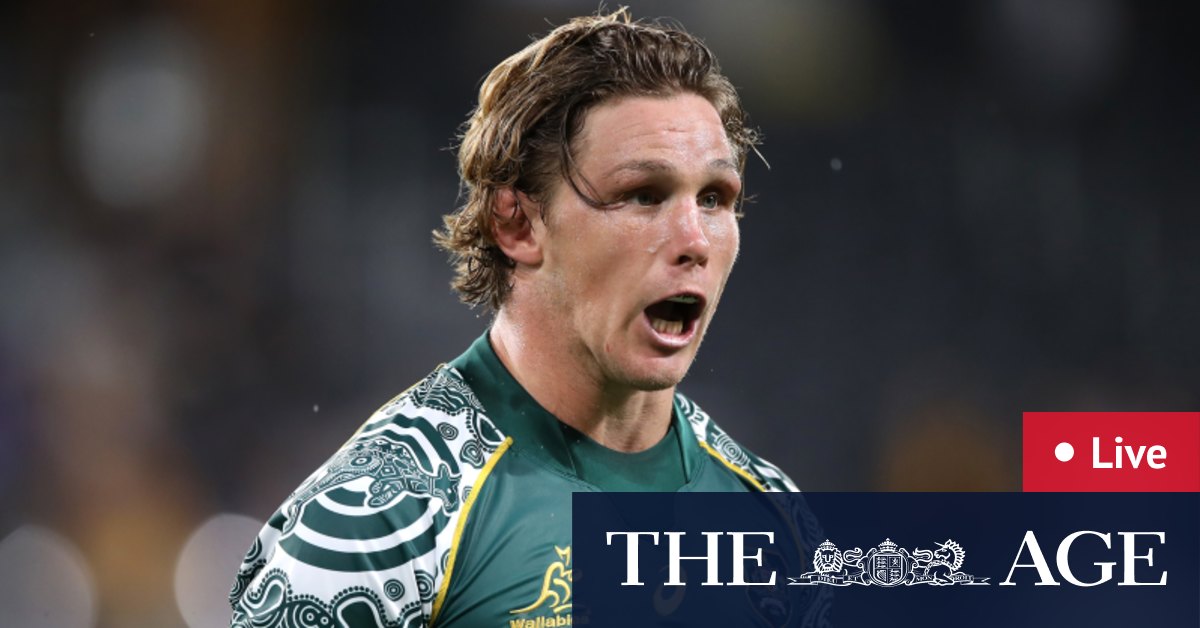 For the third time in six Tests, Reece Hodge has a shot at goal to win the match.

The Wallabies have a scrum on their own 22 metre line with five to play here at Bankwest.

I know I’ve said it before but I’ll say it again. Surely we can’t have the Wallabies’ third draw in six Tests this year.

Michael Hooper has scored off the back of a rolling maul and the score is all square once again.

Surely we can’t see two Wallabies vs Argentina draws in the space of a fortnight.

Replacement Argentinian lock Lucas Paulos has been sent to the sin bin for collapsing an Australian maul which was surging towards the try line.

There’s 15 minutes to play here at Bankwest and the Wallabies trail by a converted try.

They have the ball inside Argentina’s 22 but simply must score now.

With a one man disadvantage for the rest of the night, they may not have too many more chances at this end of the field.

If they can’t turn this around, it will be very close to a new low for a Wallabies team which has had that written about them a few times in the last few years.

Referee Angus Gardner just sent him from the field and the Wallabies are down to 14 men for the final 20 minutes.

The hit was high, with direct shoulder contact to the head. Enough said.

Lukhan Salakaia-Loto will be in hot water here.

He’s hit an Argentinian with a high shot and the TMO is now replaying every possible angle available.

This may well be a red card.

Taniela Tupou was just brought on in place of Allan Alaalatoa and his first impact was enormous.

Argentina had a scrum deep inside the Wallabies’ 22 but a big shove from the Reds star earned a penalty and the Australians were able to clear their half.

The Wallabies’ scrum has been their best weapon tonight.

Another big shove just forced a simple penalty goal attempt for Reece Hodge and the fulback made no mistake.

It’s genuinely pouring out there at the moment.

That’s wreaking havoc with a Wallabies team already down on confidence.

They are once again dominating territory – which is now stacked in their favour at a remarkable 83 per cent – but still do not look like scoring.

Under the EU’s new “transparency” system, all vaccine producers would effectively have to ask for …