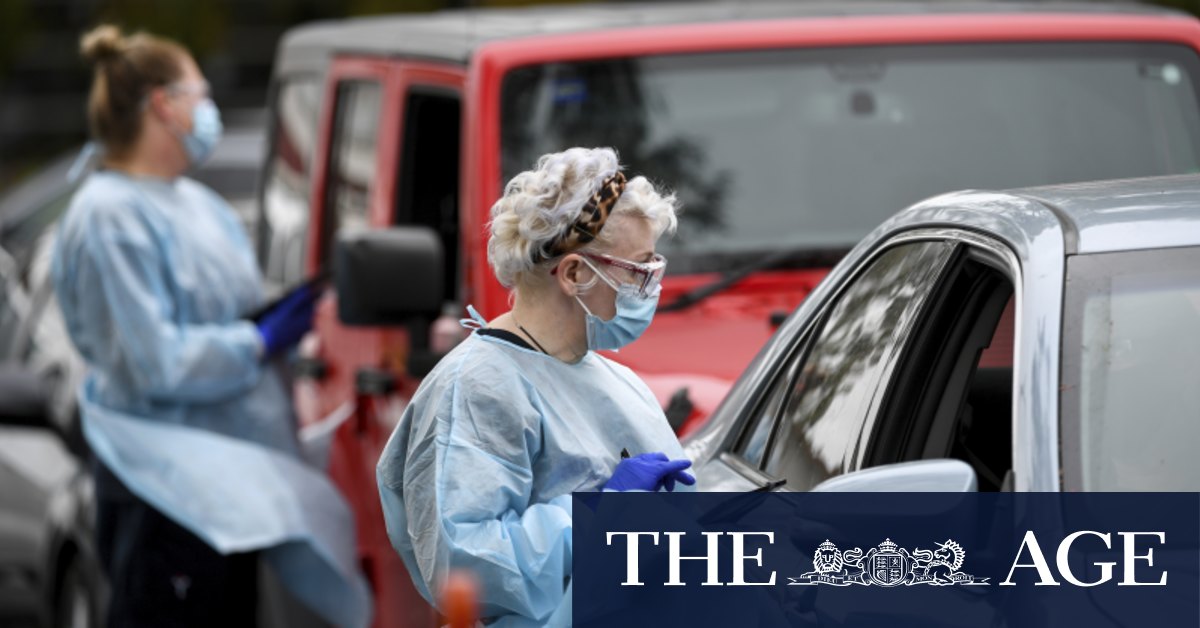 There are now 10 people in Victoria who have tested positive for the virus since Wednesday. All of them either dined at the Smile Buffalo Thai restaurant at Black Rock on December 21 or are close contacts of people who did.

Some staff at the restaurant were tested on Thursday and others were being tested on Friday. No positive results have been detected among staff so far.

A government spokeswoman said the pair were on a road trip to NSW on Wednesday when they became aware of their link to the exposure site and were tested in NSW where they returned positive results.

They have since returned to Victoria and health authorities in both states have begun contact tracing their movements since December 21. Alerts have been issued for two places in Eden and Bermagui linked with the pair’s travels in NSW.

It is unclear whether the cases will be added to NSW or Victorian case numbers.

Testing commander Jeroen Weimar said a number of lines of inquiry were being investigated in the search for patient zero.

These include a Victorian who returned from NSW before border restrictions were introduced last month and dined at the Black Rock restaurant on December 21.

That person has delivered a negative result, although that may not rule them out given it is now more than 10 days since the suspected infection event.

Mr Weimar said two other people were being investigated as bringing the virus from NSW and he provided limited information about them.

“We know they were in Sydney for at least 24 hours a couple of weeks ago. They travelled back. Testing is undergoing for those individuals and we are doing genomic and other testing,” he said.

Two of the five cases announced on Thursday were also at the restaurant on the same day, sitting on a different table adjacent to the traveller, who was unknown to them.

These infections have given health authorities confidence the restaurant transmission event is the most likely source of the outbreak.

Health Minister Martin Foley said genomic testing was underway to confirm the source of the outbreak.

“The NSW link is still our primary line of investigation for this outbreak,” Mr Foley said.

“We expect genomic testing to come through very shortly and to assist us in confirming the lines of inquiry for our investigation.”

Victorian health authorities have now identified 170 close contacts linked to the eight people who have tested positive to coronavirus in the Melbourne suburbs of Mitcham, Mentone and Hallam, and in Leongatha, in South Gippsland.

COVID-19 viral fragments have been picked up in a wastewater sample from Lakes Entrance, about 300 kilometres east of Melbourne.

The Health Department said the traces were detected on Tuesday and anyone in the Lakes Entrance area with symptoms should get tested for COVID-19.

Leongatha is about 200 kilometres west of Lakes Entrance.

Another three people in hotel quarantine have been diagnosed with the virus, in the past day, Mr Weimar said.

Mr Weimar acknowledged the stress of the situation for Victorians stuck in NSW but said the hard border was necessary to keep COVID-19 out of the state. He reiterated Victorians would be turned back at the border if they were not permitted to enter, and people would not be given the option of entering Victorian hotel quarantine.

“We need to close the border because we do not wish to continue to import high-risk COVID cases back into Victoria … We do not think that would be right or fair for the Victorian community,” he said.

“[This] is a very challenging thing to do and we do not ask it lightly.”

He said Victorians would be turned away at the border if they arrived after midnight and would not allow people to enter hotel quarantine unless they had exceptional circumstances.

People from red zones, including Greater Sydney, Wollongong and the Blue Mountains, have already missed their chance to renter Victoria.

“Let’s be very clear – we do not have capacity to put 100s of people into hotel quarantine because they elected to come home late,” he said.

“If you’re going to come home, come home today. If you’re not, that’s fine, but we’re not planning to provide alternative accommodation for you.

On December 21, announcing the border closure to people from NSW hotspots, Premier Daniel Andrews said “as a returning Victorian [if] you arrive after midnight Monday then you will go into mandatory hotel quarantine”.

There are about 70 people in Victorian quarantine hotels who had returned from NSW and, for differing reasons, could not quarantine in their homes or find accommodation in NSW.

Premier Daniel Andrews: “If however as a returning Victorian you arrive after midnight Monday then you will go into mandatory hotel quarantine.”

DHHS text to Victorians in NSW: “From 00:01am Tuesday 22 December, anyone entering Victoria will be required to enter into Victoria’s Hotel Quarantine Program for 14 days”

Acting Premier Jacinta Allan, asked if returning Victorians miss the deadline would need to enter hotel quarantine: “Well, they are the arrangements that are currently in place for the existing red zone … so yes.”

Testing chief Jeroen Weimar: “Let’s be very clear – we do not have capacity to put hundreds of people into hotel quarantine because they elected to come home late … We’re not running a hotel quarantine scheme for convenience. We’ve been very clear for a number of weeks now around the risks of travelling to NSW.”

Previous 2020 was Sydney’s wettest year in two decades. And there is more to come
Next Singapore Airlines resumes UK flights to Australia