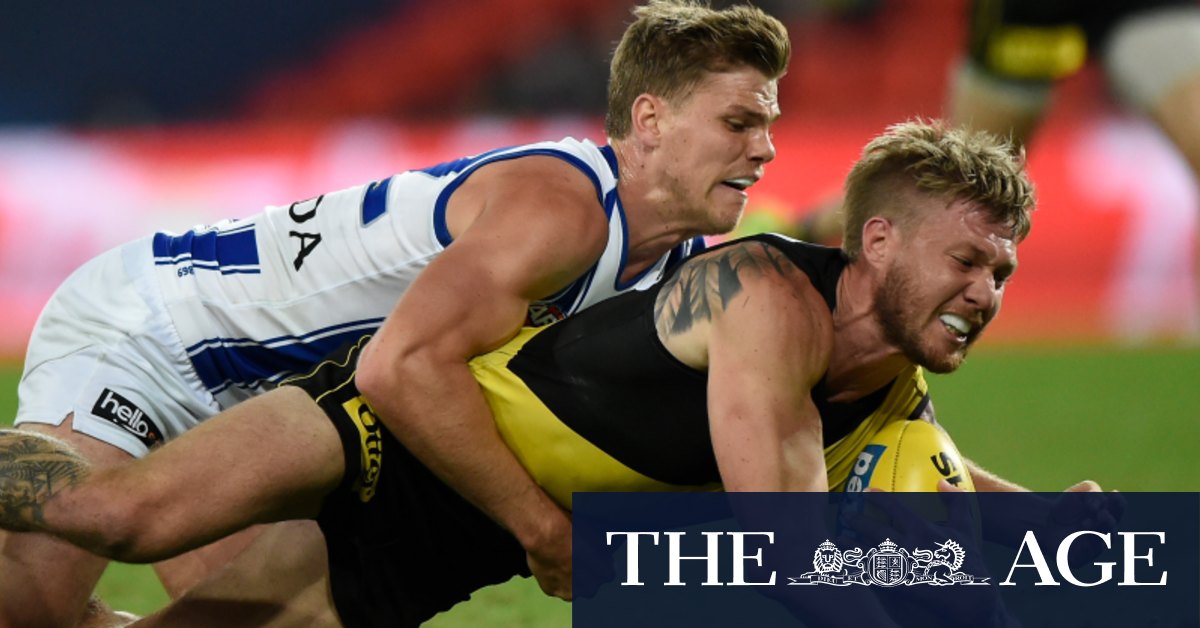 St Kilda have vacant list spots in 2021 and have used the SSP previously to add Jonathon Marsh and Sam Rowe to their line up in 2019. But they have made no promises to Wood and will assess him along with a number of players to potentially add to their list for 2021.

The Saints have recruited with great success in recent seasons, adding Paddy Ryder, Dougal Howard, Brad Hill, Dan Butler and Zak Jones ahead of the 2020 season, which helped the club return to finals for the first time since 2011 where they defeated the Western Bulldogs in a tense elimination final.

In the most recent trade period they added Brad Crouch from Adelaide, Jack Higgins from Richmond and Shaun McKernan from Essendon.

Wood, who grew up in Geelong, kicked 76 goals for North Melbourne and could be a lead-up forward to complement their talls Max King and Tim Membrey and smalls Dan Butler, Jack Lonie and Jack Higgins.

Meanwhile reigning Coleman Medal winner Tom Hawkins says he is excited at the prospect of playing alongside 2019 Coleman medallist Jeremy Cameron, who joined the club from the Giants.

“We trained together yesterday as a forward group and we will continue to work as a whole on our patterns and synergy together,” Hawkins said.

“We’re both very different players, he’s more agile and leaner than me but at the same time he is really powerful. I’d say we will both get a look deep and we’ll both get up the ground at stages.”