admin January 11, 2021 Victoria News Comments Off on Residents urged to stay inside after second industrial blaze in Laverton North in a week 23 Views 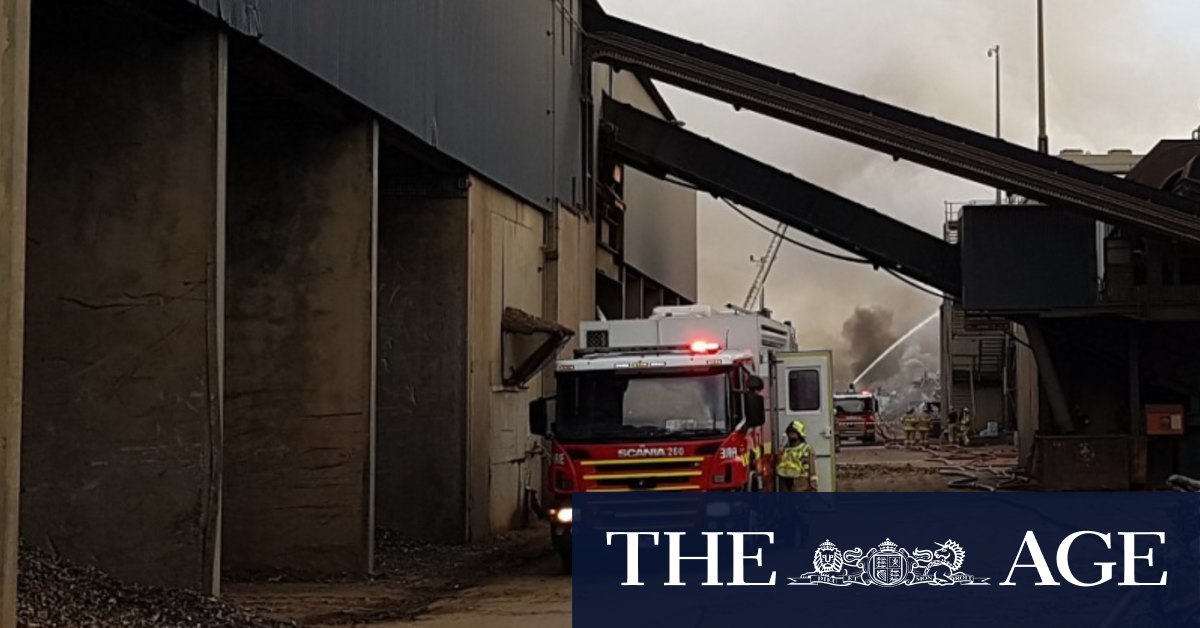 An emergency Watch and Act message is in place for Laverton North, with a wind change between 9pm and 10pm expected to push smoke towards the north-east.

Residents of Dohertys Road, Fitzgerald Road, Federation Trail and Maria Street have been told to take shelter indoors, close all windows and doors and turn off cooling systems.

Emergency Management Victoria has also advised residents to bring their pets inside to protect them from the effects of the smoke.

It’s the second industrial blaze in the area in a week, after a blaze in a large pile of metal and debris in Fitzgerald Road in Laverton North last Monday.

About 80 firefighters fought the 35-square-metre fire which threatened nearby buildings on the site.

The steel recycler was the subject of two fines totaling $16,000 fine after a fire at its Dandenong South plant in 2019.

Investigators found the facility, on Redgum Drive, had been accepting plasma cutting dust.

“Category C waste must only be stored, transported and treated under strict controls by an EPA-licensed facility, and Norstar Recycling’s Dandenong South plant is not licensed to receive that type of waste,” he said.

One of the fines was also due to a failure to fix issues with the site’s stormwater management facilities.

“Stormwater management at any industrial site plays an important part in ensuring contaminants are not discharged to neighbouring properties or nearby waterways,” he said.

Those who have been exposed to smoke should seek medical advice or call Nurse on Call on 1300 606 024. Anyone experiencing wheezing, chest tightness and difficulty breathing should call Triple Zero.