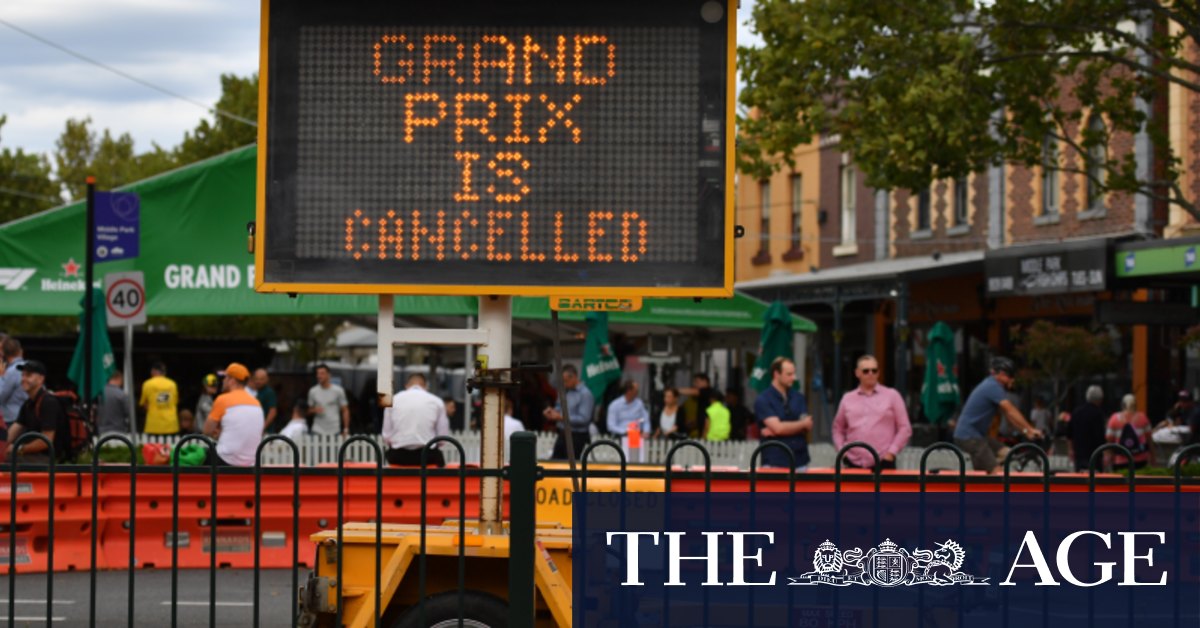 Last year’s Australian Grand Prix was cancelled at the last minute after Formula One teams and hundreds of staff had already arrived in Melbourne.

As the potential impact of COVID-19 on Australia started to emerge last March, the event was abandoned just before practice on the second day of the meeting with fans queuing up outside Albert Park to get in. Crew members from Maclaren had tested positive earlier in the week and that forced officials to take drastic action.

News of the new race date – the final event of the season is scheduled for Abu Dhabi in early December – comes on the same day as the Victorian government and health authorities publicly revealed the quarantine arrangements for a 1200-strong cohort of tennis players and officials about to arrive in Melbourne on chartered planes for this year’s delayed Australian Open at Melbourne Park.

The government has pointed out that quarantine arrangements will be central to the race going ahead on the rescheduled date.

“The operation of the four-day Grand Prix event at Albert Park will be subject to prevailing public health conditions and advice from the Chief Health Officer, with infection prevention and control at the centre of all decisions,” the media release said.

“Quarantine and other aspects of the Grand Prix will be considered in due course.”

Last week Victorian Emergency Services Minister Lisa Neville conceded that the question of whether F1 personnel were “willing to quarantine” in Melbourne was central to negotiations.

Formula 1 chief executive Stefano Domenicali said: “It is great news that we have already been able to agree a rescheduled date for the Australian Grand Prix.

“The virus situation remains fluid, but we have the experience from last season with all our partners and promoters to adapt accordingly and safely in 2021.”

Previous ‘Threat to democracy is real’: MPs call for social media code of conduct
Next Cricketers at the SCG are at work and shouldn’t have to put up with abuse – racist or not