‘Threat to democracy is real’: MPs call for social media code of conduct 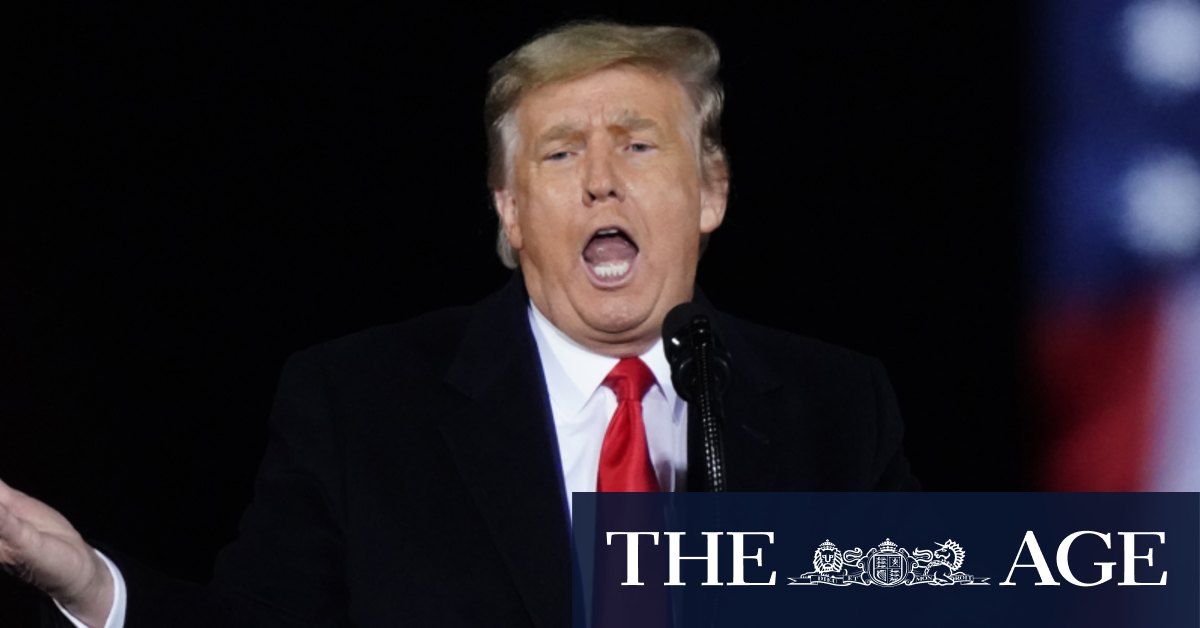 But Liberal MP Trent Zimmerman, who represents North Sydney, said Twitter was right to suspend Mr Trump’s account when the President was inciting violence during a riot last Thursday that posed a danger to the United States Congress.

“We know this is not simply guesswork: the events of last week prove that the threat to democracy is real and present.

“It would be hypocritical of those in Australia who supported Twitter censoring the Chinese Foreign Ministry to now oppose Twitter and other social media companies taking the action they have against Donald Trump.”

The comments came as Mr McCormack triggered attacks from Labor, the Greens, Amnesty International and Human Rights Watch for likening the mob that stormed the Capitol to the protesters in the Black Lives Matter marches last year.

Mr McCormack condemned the violence in both events but insisted on the comparison after Amnesty called it “deeply offensive” given the Black Lives Matter protesters were seeking racial justice rather than attacking democracy.

One day after Technology Minister Karen Andrews called for more transparency in the way social media companies policed content, Mr Zimmerman said the episode highlighted the inconsistency in the way Twitter continued to allow some of the world’s worst authoritarian leaders to spread propaganda.

“I think there is a strong case for the companies to establish a code of conduct which provides universal guidance as to the way that they respond to these issues and the circumstances in which they will exercise their editorial rights,” Mr Zimmerman said.

“These companies play an increasingly substantial role in the future of our democracies because they are the town squares for so much public debate.

“If they are to avoid governments legislating – which should be a last resort – then they need to take the bull by the horns and provide greater transparency and clarity themselves.”

NSW Liberal Senator Andrew Bragg also called for a code of conduct on Tuesday, saying the debate was at an early stage after Twitter “crossed the Rubicon” with its decision on Mr Trump.

“The question is, what are they going to do with all the material on their platforms which already transgress our laws, especially in relation to incitement and defamation?” Senator Bragg asked.

“I would like to see if the platforms do this at their own volition and if not, look to put in place a code of conduct and if that doesn’t fail, then you’d have to look at further, more onerous obligations that could be considered by Canberra.”

Liberal MP Jason Falinski said he “would not say no” to a code of conduct given it was time to “end the myth” that the social media companies were not publishers.

Katie Allen, the Liberal MP for Higgins in the eastern suburbs of Melbourne, said the first priority for any government was to keep its citizens safe and the digital world was no exception.

“Australia is well regarded in ensuring a balanced approach to online safety however I do have concerns about proprietary algorithms that are driving click bait resulting in ever increasing polarisation globally,” she said.

“Freedom of speech comes with responsibilities. Trump has abused that freedom, undermining a fair election, trying to disenfranchise millions of Americans, inciting an insurrection and disrupting the peaceful transfer of power,” he said.

“As a private company Twitter is right to ban him.”

Coalition MPs Craig Kelly and George Christensen have criticised social media companies for banning Trump, as the pair also spread misinformation about the US Capitol riots. Prime Minister Scott Morrison and his ministers have so far refused to criticise the backbenchers despite Mr Kelly’s comments questioning vaccines and Mr Christensen’s posts about the US election.

Previous Tim Paine has come too far since Sandpapergate to stuff it up now
Next New target date for Australian Grand Prix: November 21