admin 5 days ago National News Comments Off on A nation divided: Border problems bring home our states of disarray 10 Views 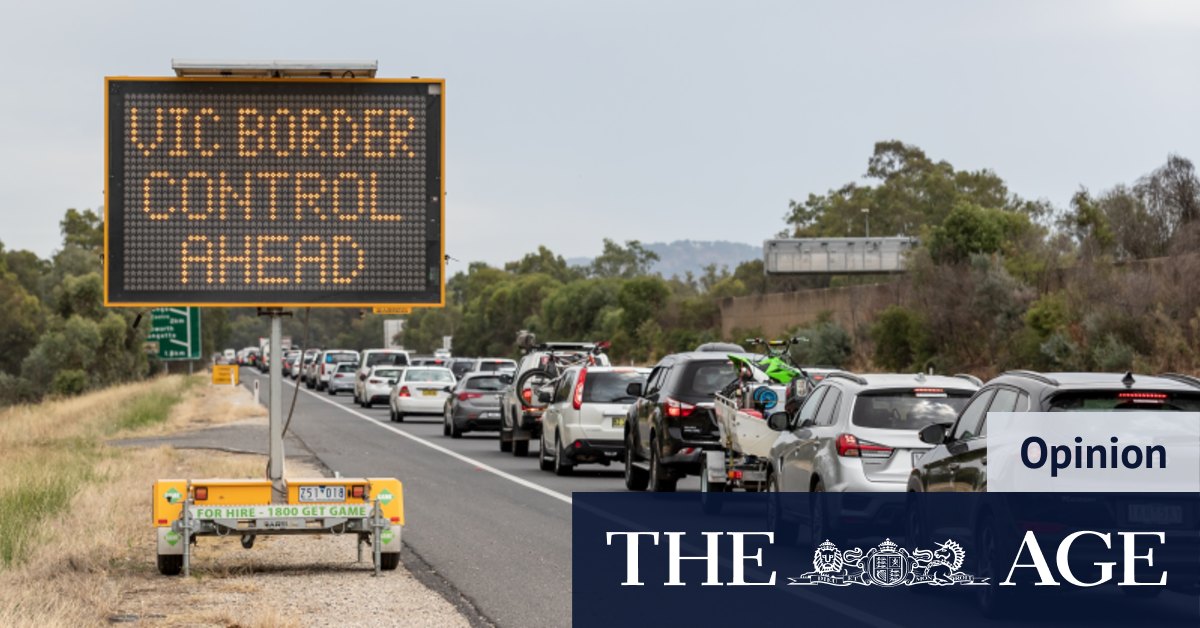 For example, NSW opened its border with Victoria on November 23 after Victoria recorded no new cases for two weeks. Victoria has introduced a traffic light system – something that could have been a national initiative – which sees an “orange zone” for regional NSW able to enter the state with a permit, while Greater Sydney, classified as a “red zone”, is locked out.

Although Victoria’s Chief Health Officer Brett Sutton has said the border with NSW is under constant review, and there are not any “really rigid criteria” that would need to be met, Sydneysiders may be waiting for weeks for the border to open if the same approach requiring no new cases for 14 days is applied. On the traffic light system, NSW Premier Gladys Berejiklian says, “That’s something for Victoria to manage, and it’s not something that we would do in NSW.”

Similar inconsistencies are evident elsewhere. Western Australia and Tasmania have been very tough, but have been happy to have different requirements with different states, depending on the relative performance of the virus. Although Queensland has been consistently tough, at least through the recent state election, it has been happy to make important concessions, for example in respect of NRL teams, and in allowing a full house at Suncorp Stadium for game three of the NRL State of Origin, even though the border with NSW was still closed.

Clearly, border management has become something of a dog’s breakfast. I fear this has derailed any hope, at least in the near term, of genuine, co-operative federation reform, with the emboldened states now more committed to “competitive federalism”.

The weaknesses of the federation have been compounded by the Morrison government abrogating its clear national responsibility for both quarantine and aged care, leaving both to each of the states to respond in their own terms. One of the accepted priorities of federation reform is to improve the allocation of responsibilities (policy formulation and implementation) to reduce duplication.

Quarantine is a clear national responsibility explicitly designated as such by S51 of the constitution. The national government has been hard-lined about this in terms of border security, and in the movement of people, animals, plants, and goods. However, while they can stop the refugee boats, they take no responsibility for the Ruby Princess debacle, nor for other failures in what have become state quarantine hotels.

A clear acceptance of its responsibility would have seen the Morrison government establish quarantine centres around Australia for all incoming arrivals. We have been fortunate that as an island we have been able to isolate, and be very successful overall. But the numbers of infections reported in hotel quarantine should indicate how tough it is going to be to open our international border, with significant longer-term consequences for key industries such as universities and international tourism, and immigration, and therefore for our overall economy.

The national government’s clear responsibility for aged care dates back to the Howard government’s Aged Care Act of 1997. Unfortunately, this resulted in the privatisation of a sizeable part of the sector, with much complexity between those for-profit and not-for-profit operators. The aged care royal commission has identified the parlous state of the sector in terms of the quality, reliability, and cost of aged services. The sector was clearly underprepared for COVID-19 – untrained and poorly paid staff, a lack of 24-hour nursing, lack of adequate PPE, and little capacity to isolate and contain an outbreak.

The Morrison government ducked its responsibilities in this sector, pushing it back to equally unprepared states and their medical and hospital services. Morrison had no overarching plan, and the sector was under the control of a junior minister, only being added to cabinet in the recent reshuffle.

Unfortunately, there are very real economic and social costs to the border closures, to the failure to clearly define and accept responsibilities for quarantine and aged care, and to the constraints they place on genuine reform of our federation.

Previous ‘Wild West’: Who regulates social media and what’s Parler?
Next Me in reality … the elephant in the Zoom