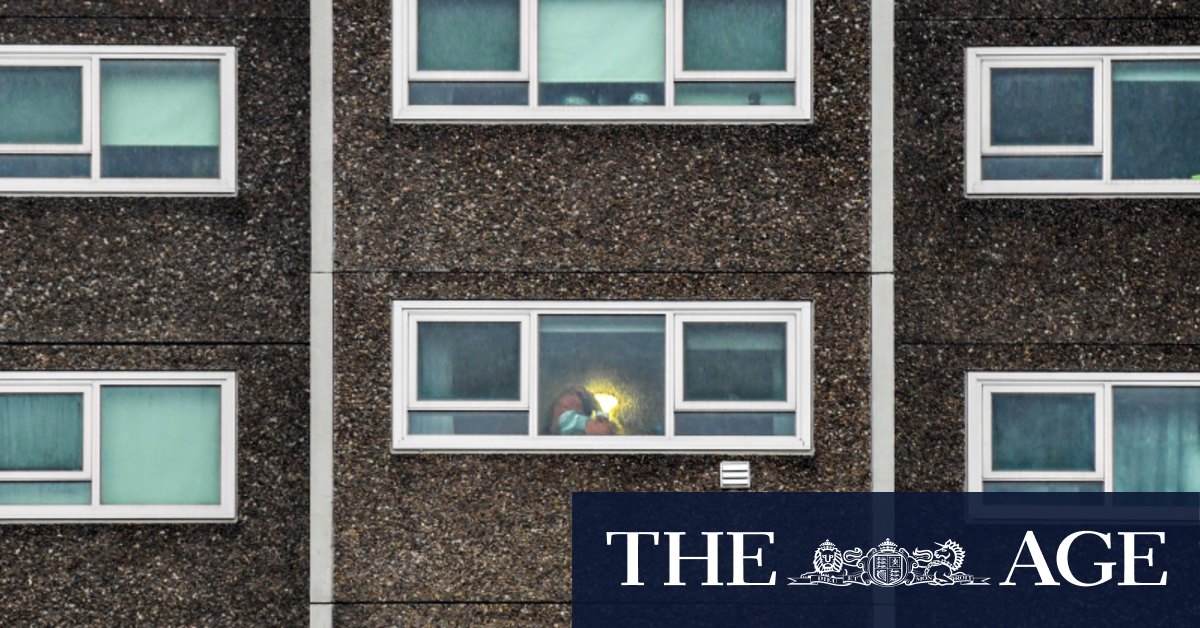 In its report, Human Rights Watch said the “discriminatory approach” included a heavy police presence outside the towers and reports that police and health officials blocked a mother from breastfeeding her ill baby in the hospital.

It said residents complained about a lack of communication by authorities and difficulties accessing food, exercise, fresh air, and medical supplies.

The summary on Australia said that while the country largely contained the spread of COVID-19, “a severe outbreak in Victoria after a mismanaged hotel quarantine scheme led to more than 700 deaths, mostly residents of aged care homes”.

“Police efforts to enforce curfews and lockdowns during the pandemic raised concerns over freedom of expression and the misuse of police powers,” it said.

“Victoria’s police have used harsh measures during that lockdown that threaten basic rights.”

Human Rights Watch singled out the arrest of a pregnant woman on incitement charges for organising an anti-lockdown protest on Facebook and the introduction of “problematic new legislation” giving the police powers to pre-emptively detain individuals as areas of particular concern.

It also said the disruption caused to about four million students’ schooling across the country was “compounded by inconsistent messaging from federal and state politicians”.

“Pre-existing inequalities were reflected in differences in student access to internet-connected devices,” it said.

Human Rights Watch also called out the Australian government for its continuing unwillingness to repatriate about 80 Australian citizens held in northeast Syria for suspected links to Islamic State.

In his forward to the report, Human Rights Watch executive director Kenneth Roth calls for the new Biden administration in the United States to work with allies to shore up global defences to human rights abuses.

“After four years of Trump’s indifference and often hostility to human rights, including his incitement of a mob assault on the Capitol, Biden’s election provides an opportunity for fundamental change,” Mr Roth said.

“Trump’s flouting of human rights at home and his embrace of friendly autocrats abroad severely eroded US credibility abroad. US condemnations of Venezuela, Cuba, or Iran rang hollow when parallel praise was bestowed on Russia, Egypt, Saudi Arabia or Israel.”