New hotel cluster forces some Victorian travellers back into isolation 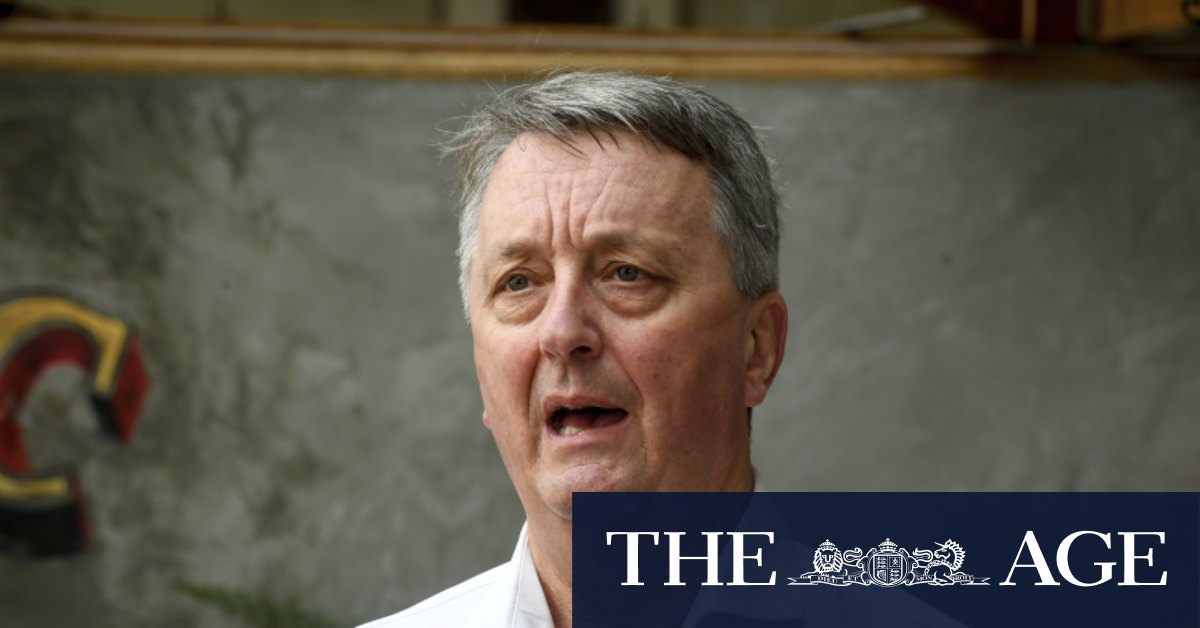 Nearly 75,000 people from around the country had been issued with a permit by Victoria to travel to the state by Wednesday but those Victorians stranded in “red zones” of Brisbane and greater Sydney are still unable to legally come home without an exemption from their home state’s government.

Victoria recorded no new community transmission of the virus on Wednesday but two state government ministers made it clear that the tough border restrictions would not be relaxed further despite the improving situation in NSW, which reported one new locally acquired case of coronavirus on Wednesday.

Australia’s Chief Medical Officer Paul Kelly declared that the northern beaches were no longer considered a hotspot, in recognition of NSW’s success in bringing the outbreak under control.

Sydney’s northern beaches area was the scene of the “Avalon cluster” that led to scores of coronavirus infections and prompted a new wave of border closures and lockdown restrictions.

Queensland health authorities on Wednesday ordered the evacuation of a quarantine hotel and ordered more than 200 people back into isolation after six cases of the highly contagious UK strain of coronavirus were traced back to Brisbane’s Hotel Grand Chancellor.

The first case connected to the hotel – where a cleaner became infected – triggered a three-day lockdown in Brisbane last weekend.

Amid concerns some of those who stayed at the hotel had crossed into NSW, the Victorian Health Department issued a warning for anyone who had quarantined at the hotel to isolate and contact the coronavirus hotline. There was no evidence on Wednesday evening that any of the returned travellers had entered into Victoria.

The federal government’s coronavirus hotspot definition, released in September, specified a rolling average of 10 cases per day over three days in metropolitan areas and three cases per day in regional areas.

Federal Health Minister Greg Hunt has since cooled on the definition, reiterating on Wednesday that states and territories declared their own hotspots and red zones to use in enforcing their travel restrictions, while the Victorian state opposition demanded a nationally consistent approach.

A government spokesperson told this masthead on Wednesday afternoon that Victoria would not be changing Sydney’s status as a red zone, which means travellers must have a government exemption to enter the state, in light of the Commonwealth’s decision on the northern beaches.

“We’re moving towards that [national direction] as the program evolves and as our learnings about how we respond to COVID are dealt with,” Mr Foley said.

Asked on what basis Victoria would assign red, yellow and green zones in future, Mr Foley said it was impossible to give clear yardsticks because “the virus doesn’t operate in a way we would like it to”.

The minister said Victoria’s public health team would consider the number of outbreaks, links to known cases, the number of close contacts and their circumstances, the viral strain and whether workplaces were affected, he said.

“A whole range of really specific contributions get put into how we respond, and that then is reflected in the traffic light system,” Mr Foley said.

Opposition spokeswoman Bridget Vallence criticised the Victorian government’s insistence that it could not provide hard and fast criteria for each category of its “traffic light system” because of variable factors such as the number of close contacts, the viral strain and the location of the outbreak.

“I think it’s absolutely reasonable that anyone who wants to come to Victoria has some level of certainty and understands what the criteria is in order to travel,” Ms Vallence said.

“It’s crazy that Victorians need to effectively apply for a visa to get back into their home state and get back home.”

Melbourne specialist school teacher Jackson Merrick, stranded in the “red zone” of Brisbane, said he was becoming increasingly stressed by the uncertainty over when Victoria would reopen to Brisbane and on what criteria the decision would be made.

Mr Jackson, whose class returns to school on January 27, is already five days into a nervous wait on whether the Victorian government will grant him an exemption to fly home.

“In normal circumstances I would be back in the classroom on Monday next week, getting resources ready for the year, setting up the classes,” he said.

“The school doesn’t run in a capacity where you can get a relief teacher to cover classes. I really need to be back to do my job the best way I can. We were considered essential workers during the second wave in Victoria, so I’m hoping they will help me out here.”

Police to drop most COVID-19 fines and hand out cautions