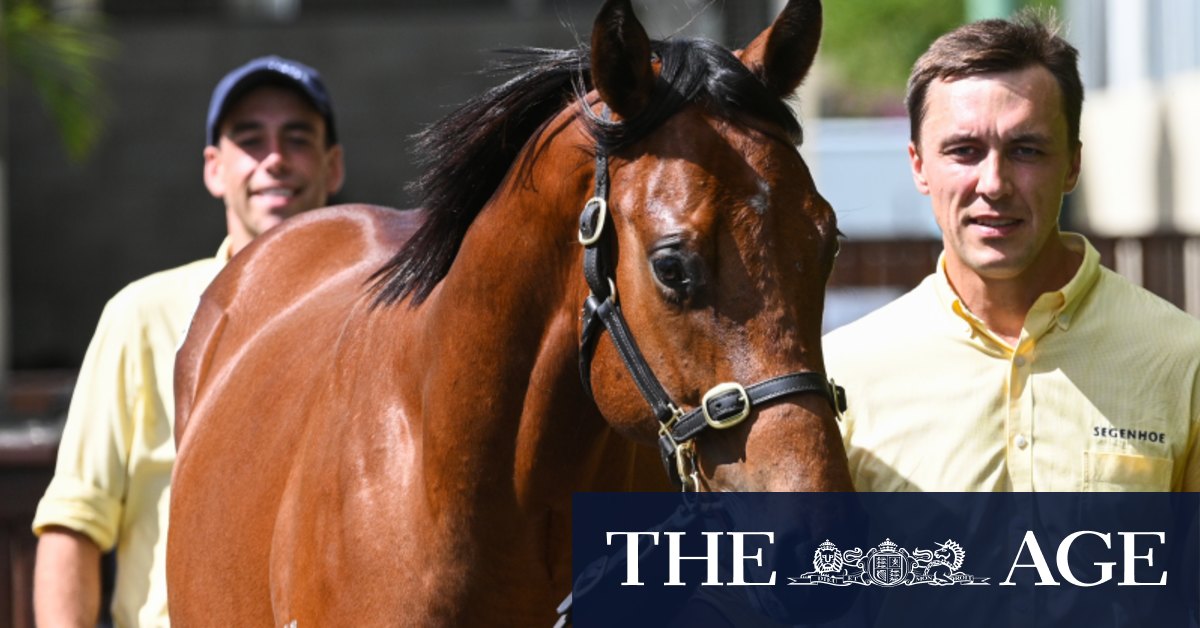 “It was the So You Think [colt out of Fragrance] that got to me. He was a magnificent individual,” O’Brien said. “I have never had a yearling get more hits for X-rays and scopes before going into the ring.

“We knew he was special but to get $800,000 from one of the biggest bloodstock agents in Hong Kong, George Moore, capped off the day.

‘I can’t believe we have sold yearlings to Coolmore and Godolphin on the same day.’

“I can’t believe we have sold yearlings to Coolmore and Godolphin on the same day. They are the powers of racing worldwide, so we must be doing something right.”

O’Brien admitted he had been conservative in what he thought the group might bring.

“They all went for a little more than I thought we would get, which was a surprise, but that is this sale. Magic Millions have done a great job getting the right buying bench here,” he said.

“The emotion that you see from our team when these horses come back after selling like that is amazing and it’s a great result for a lot of hard work.”

While Segenhoe was the star of day two, there were three other million-dollar colts on day two.

Tony Fung and Phoenix Thoroughbreds, who owned last year’s Golden Slipper winner Farnan, combined to take home another son of Not A Single Doubt out of Denmagic for $1.1million. James Harron paid $1.15 million for a Shalaa-Honesty Prevails colt and a son of Zoustar out of Fuddle Dee Duddle sold for a neat $1 million.

It would be topped by The Kingman colt, which was a project for Winx’s breeder John Camilleri.

He has never been scared to send his best mares to the top stallions around the world. Florentina was the latest in a long line of his mares to travel to the other side of the world to see a stallion not available in Australia.

“It is a reward for John being brave, because there is no guarantee you will get a star colt like that when you go to that expense,” O’Brien said.

It was Camilleri’s Fairway Thoroughbreds reputation that Magnier was quick to point to when he talked about the Kingman, which heads to Chris Waller.

“Segenhoe always have incredible horses this sale, and we know what John Camilleri can breed. You know when you see that Fairway Thoroughbreds on the horse, you have to take it pretty seriously,” Magnier said.

“We know everything about how well Kingman is going at the moment. We have got Calyx at the farm by Kingman, who is going well. All the boxes were ticked for us.

“This horse was born up in the Northern Hemisphere, foaled up there and brought down here. They are a clever operation, great breeders.

“He looks pretty sharp and pretty precocious. I’ll leave the rest of that to Chris Waller and the team.”

The Saudi royal’s famous green, pink and white colours were carried to victory in 118 group 1 races and his influence was profound on the Australian industry as the breeder of champion stallion Danehill.

Previous End of the Wild: Museum’s long-running taxidermy exhibition to close
Next Jonathon Patton in hospital as investigation continues