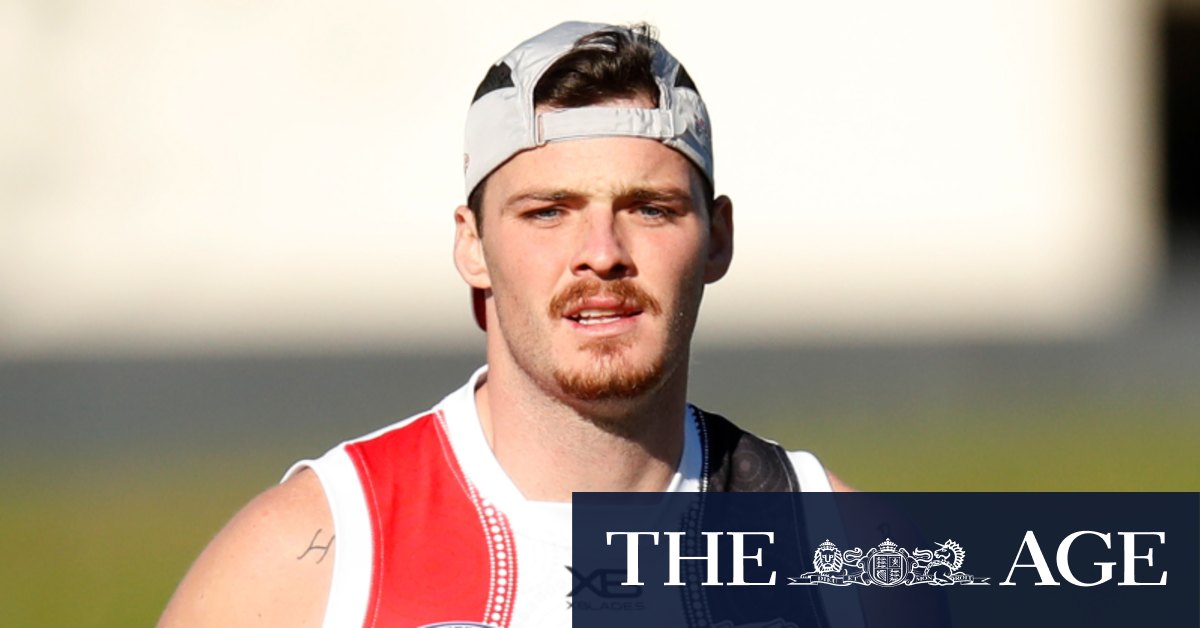 Roberton has played just one senior game since he collapsed at GMHBA Stadium with a heart condition in round four, 2018. He missed the 2019 season after having a defribillator surgically installed as a protective measure but returned in 2020 and played the opening game before losing his spot.

The father of three remained with the team in the hub on the Sunshine Coast but was unable to force his way into the side that made finals.

The respected defender had been part of the club’s leadership group and was considered one of the best intercept defenders in the game before the collapsed and was taken to hospital in Geelong.

He had played 37 games for Fremantle and 92 games for the Saints leading into this season and was part of the All-Australian squad in 2017 when he also finished runner-up in St Kilda’s best and fairest.

St Kilda released a statement asking for Roberton’s privacy to be respected while he contemplates his future.

The Saints resumed training last week and invited ex-Roo Mason Wood to join the squad this pre-season to trial for a list spot.

Billings said former Adelaide midfielder Brad Crouch would add some real class around the ball once he gelled with his new teammates, while the addition of former Richmond livewire Jack Higgins created options for the Saints.

Billings said Higgins was obviously a noted goalkicker who could play the high half forward role but he also had the engine to push further up the ground.

“He could potentially give us a different look at times through the midfield,” Billings said.

It wasn’t just the new arrivals impressing Billings. Premiership Swan Dan Hannebery is on track for a strong year after he returned for the final three games of 2020 having suffered a hamstring injury in round five.

Billings said the club would need to hold the noted trainer back to ensure he was a contributor throughout the season.

“‘Hanners’ is flying … he is someone we are going to look after with his history,” Billings said.

St Kilda were big improvers in 2020, defeating the Western Bulldogs in an elimination final before succumbing to eventual premiers Richmond in a competitive semi-final.

However the 25-year-old Billings – who has missed just one game in the past four seasons – said while the experience was invaluable, all teams started the year without a win.

“Every year is different, there are no guarantees for us this year,” Billings said.

Meanwhile Port Adelaide have locked in senior coach Ken Hinkley until the end of 2023, extending his contract by two years after he led the club to the preliminary final in 2020. The 54-year-old has been Port’s coach since 2013 and has reached two preliminary finals in his 178-game stint.