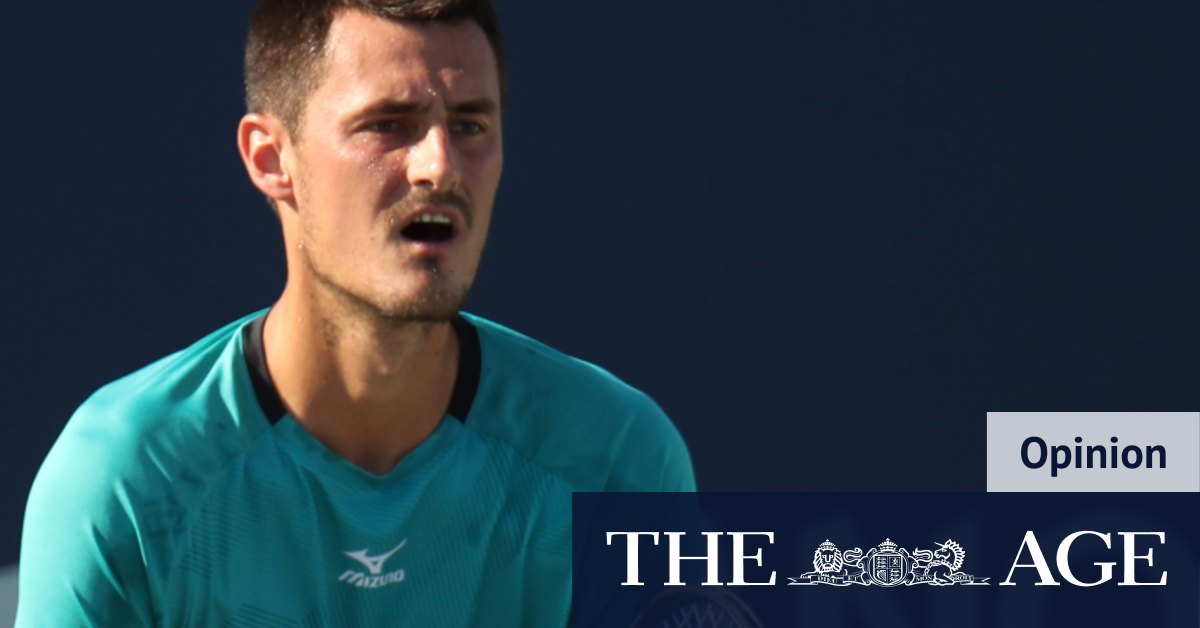 Now that Tomic has eked his way through the sport’s coronavirus-hit season and, as a player ranked in the 200s, turned his latest opportunity to qualify for a grand slam event into a handy little financial pick-up (first round losers will receive about $100,000), it’s an opportune time to reflect on the state of his career. It’s nearly 10 years since a youthful Tomic reached all the way to the 2011 Wimbledon quarter-finals. Back then, the future was rosy and a rankings freefall was miles away.

As news filtered out that Tomic – sometimes dubbed ‘The Tank Engine’ – had defied expectations by winning three straight qualifying matches in Doha, one voice on social media read the room.

“Tomic = the SmashMouth of tennis – the act it’s acceptable to mock openly. But I give the guy a lot of credit. He is now 28 (the years start coming and they don’t stop coming) and still grinding into main draws …,” tweeted Jon Wertheim, of Sports Illustrated fame.

When Tomic cracked a forehand winner on match-point in the third set tie-breaker to close out his final qualifying match against fellow Australian John-Patrick Smith – meaning Tomic had won back-to-back qualifying matches with deciding set breakers – few sports fans back home would have been watching during the wee hours, but the moment gave another chance to ponder the persistent questions surrounding Tomic: can he deliver – yes, can he still deliver – on his undoubted talent, or will he simply be remembered as a player who counted his “millions”?

It’s easier to find a Melbourne Cup winner from a field of 24 than it is to find Tomic backers, particularly in the sometimes-toxic atmosphere of a discussion room on social media. But he earned begrudging respect for his fighting ways in Qatar.

One tennis observer, who has had regular dealings with Tomic, Kooyong Classic tournament director Peter Johnston, agreed that the more subdued surrounds in Qatar may have helped him.

Tomic is a player and person who walks to the “beat of his own drum” and “running the marathon” of the tennis circuit is not always suited to him, he added.

Then there’s the elephant in the room: money. When challenged – almost always by media – about his efforts, Tomic has a consistent retort, usually along the lines of him spending his time counting his money. It happened again when he spoke to reporters after his qualifying feats.

Tomic is now the world No.228 and his career-best top 20 ranking happened five years ago. He won little more than $30,000 during the corona-ravaged 2020 season. Johnston agreed that while Tomic loves the game itself, that only goes so far.

“I’m sure that he recognises that tennis is ‘his best ticket’ to financial independence,” Johnston said.

When Tomic was last in Melbourne two years ago his first-round exit was followed by an explosive media conference in which he threw accusations at Australia’s Davis Cup captain Hewitt. It became a very-public fall-out with Tennis Australia. Hewitt, Tomic said, had “ruined the system” and “no one likes him”.

The dispute escalated, in many ways providing a distraction to the tennis itself, and TA virtually shut the door on the former Australian Open junior champion by saying he “does not meet the standards of behaviour and commitment to himself, the team or the sport”.

It all meant that TA and the Australian sporting public would again remember Tomic for his combative ways. Get ready for the next chapter in coming weeks with Tomic back at Melbourne Park, this time after having done two weeks in mandatory quarantine. It could be an explosive mix.