The SCG is not a snake pit of heinous racism 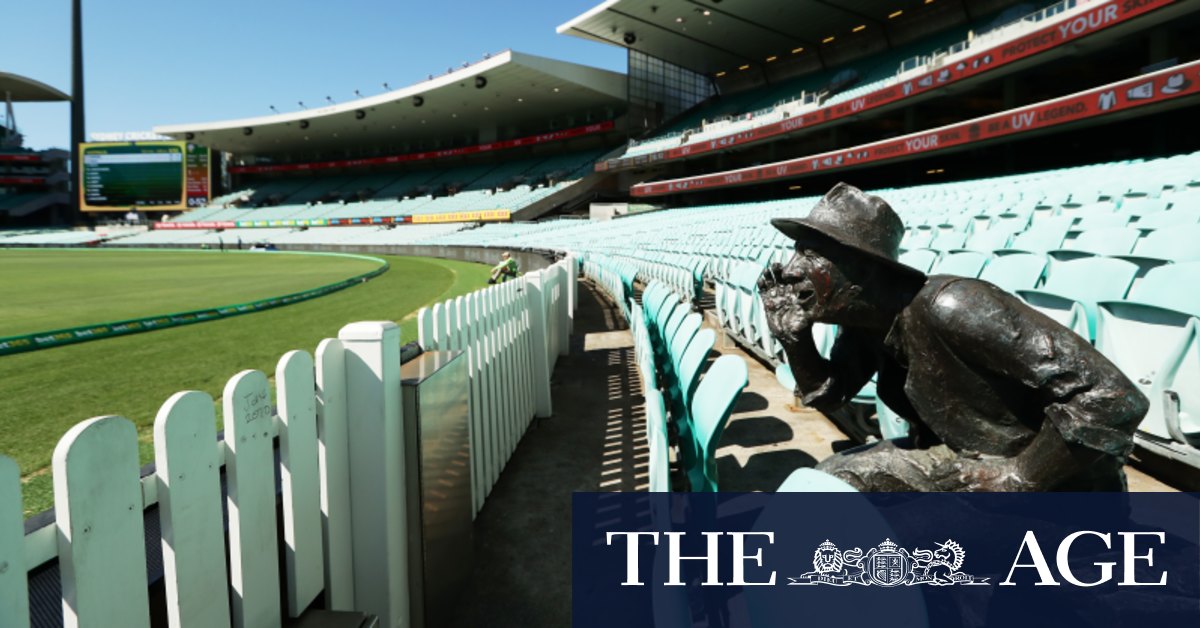 What is this madness?

Racial abuse, or any abuse for that matter, is unacceptable at sporting events and it’s truly frightening that people still haven’t got that memo.

But the mad rush this week to condemn the SCG as a snake pit of heinous racial abuse is a nonsense.

Likewise, the haughty commentary suggesting you shouldn’t be allowed to say anything that remotely mocks a player, regardless of who they play for.

Let’s not bleach the personality and character out of Test cricket, or any sporting event, because a pocket of young blokes can’t handle their watery mid-strength grog and don’t have the intelligence to impart any Yabba-esque lines to a visiting fast bowler.

Indeed, the claims of racial abuse of Siraj and Bumrah are disturbing and, to be frank, it won’t surprise if the hundreds of cameras and microphones positioned around the SCG eventually prove them to be true. Racism, after all, remains a festering issue in this country.

Yet the allegations from the Indian camp remain in dispute and have been outright denied by several eyewitnesses who spoke, on the record, to Herald colleagues Tom Decent and Chris Barrett.

One of those eyewitnesses, Prateik Kelkar, is of Indian decent and lives in Sydney. He says he was removed while defending a group of spectators who had been earlier ejected for allegedly abusing Siraj on day four.

The mobile phone footage in which a spectator allegedly calls Siraj, who is fielding metres from the fence, a “brown dog”, is also inconclusive.

What is clearly audible on that video is a group of well-lubricated young fans harassing a weary player who has carried a heavy heart since the death of his father early in the tour.

Is that racism? Or is it crass hounding of an opposition player?

It’s been argued that if Siraj is offended, if he believes the behaviour is racist, then that’s sufficient.

I understand that argument. Discrimination comes in many forms. The swift manner in which it has been condemned is heartening.

But you can’t just call out racism where it does not exist. The language used does matter and in this instance it remains a moot point.

If I’m one of the six people frog-marched on day four, in front of TV cameras and the rest of the crowd, and I know in my heart of hearts that I haven’t made a racist remark, and then I’m told I’m likely to have my ticket refunded because I haven’t done anything wrong, I’d be furious.

Meanwhile, spectators walking into the Gabba on Friday morning for the fourth Test will hopefully do so with their manners in check but possibly confused about what they can say.

Calling someone “Shiraz” instead of “Siraj” might’ve been funny in the day of Billy Birmingham’s 12th Man albums but it’s no longer acceptable.

I’ve never understood the appeal of asking a player to “give us a wave” — Yabba would be turning in his grave — but it’s part of the fun of cricket.

The game should never lose that playful interaction between fan and player; of ribbing a player on the boundary before he replies by ripping through the top order in the next over then returning to an entire bay of silent spectators.

New Zealand great Richard Hadlee was constantly branded a wanker by Australian crowds right up until the moment when we were four-for-not-much.

The arena is not a “workplace”, as some have described it. It’s the venue for a Test match, watched and followed by millions. Surely players know that when they sign on for the so-called job.

They do not deserve abuse, racist or otherwise.

There has been speculation for years that Steve and Mark Waugh aren’t particularly close, which is entirely their business.

But they certainly haven’t been seen in public together for many a moon, so it was noticed by several people when they were spotted on day three of the Test chatting away in the MA Noble Stand.

Steve was in the Sheridan Suite and went over and spoke at length to his twin brother after he emerged from the adjacent broadcasting boxes, where he was commentating for Fox Sports.

Also spotted at the cricket was former NRL chief executive Todd Greenberg, who remains in the hunt for the Australian Cricketers’ Association job.

One man he doesn’t have to beat to the role is another former NRL suit, David Gallop, who had been approached initially but is not interested.

Bulldogs major sponsor Arthur Laundy will meet with the club’s board after being blindsided by the sudden departure of chief executive Andrew Hill.

“I was unaware at the time of the departure and I was quite annoyed about that,” Laundy told this column. “I was supposed to meet with the board on Thursday afternoon but I’m unavailable and have to reschedule, but I wish to know how informed I’m going to be in the future. I was totally unaware of it. The first person to contact me was the press.”

There have been rumblings about Hill’s tenure for almost a year, although it seemed he’d survived the boardroom shenanigans that have rocked Belmore over the last three years.

I’ve been told some directors are bemused at claims Hill considers himself responsible for the current rebuild, including the appointment of Trent Barrett as coach and key signings of several players for this season and next.

Expect the usual suspects to come out of the woodwork but there is already a push for former director Anthony Elias, who quit the board in disgust just three years ago.

Apart from his sharp business acumen, he’s got an innate knowledge of how the Bulldogs roll.

“I am in Doha, I risked my life flying here, my health, COVID’s around, many sick, with many things that can go wrong. I’m risking my life.” — Bernard Tomic, after qualifying for the Australian Open, displays his signature humility and self-awareness.

Former Illawarra Hawk LaMelo Ball, 19, became the youngest player in NBA history to record a triple-double when he notched 22 points, 12 rebounds and 11 assists for the Charlotte Hornets against the Atlanta Hawks. “I know what I’m capable of,” he said. “I know that’s supposed to happen.”

It’s a big weekend for … Nathan Lyon or Gazza or GOAT or whatever you want to call him. He plays his 100th Test and is four wickets short of 400 but his form has been indifferent heading into the final Test against India at the Gabba.

It’s an even bigger weekend for … those who are allowed to attend the magical Magic Millions festival on the Gold Coast, where there is plenty of quality racing, inebriated purchasing of expensive horseflesh and general bonhomie to be had.