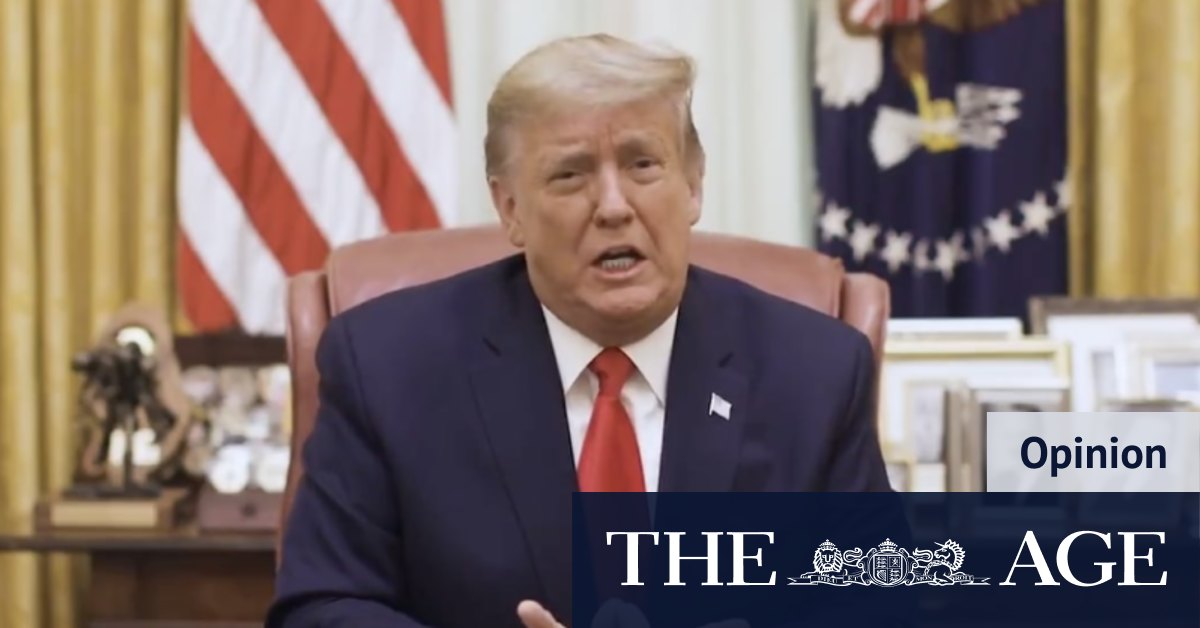 This has been made harder by the tech conglomerates’ decision to ban Trump from tweeting and posting on their platforms following the Capitol riots. The ban was appropriate, given the events that preceded it, but it means Biden embarks on his task at a disadvantage. A key non-media communications channel is now itself perceived as a biased publisher.

In Australia the ban has encouraged calls for politicians Craig Kelly and George Christensen to be similarly prevented from posting their Trumpish mix of alternative facts to 73,000 and 68,000 Facebook followers respectively. These calls reflect a fundamental misunderstanding of how these career backbenchers compare with Trump. Kelly and Christensen are no more leading the opinion of their Facebook followers than Joe Biden’s dog will dictate presidential policy. They are a window into the questions and concerns of a subset of the Australian population. Rather than shut them down, a smart approach would be to share reasonable answers to the unease they give voice to. Their social media conversations provide a rare opportunity to communicate with a population that is often disconnected from, or mistrustful of, mainstream media.

Another product of US politics that we are already a good way into mimicking is the toxic culture war. This manifests in silly unresolvable bickering over minutiae. Take for instance the argument this week over the use of the phrase “all lives matter”. It arose when deputy prime minister Michael McCormack compared the violence at the Capitol to the violence at Black Lives Matter protests.

But the response to McCormack was out of all proportion. It led to the ridiculous situation in which shadow health minister Chris Bowen found himself seriously demanding that the deputy PM apologise for uttering the words “all lives matter”. This is the kind of arbitrary patenting of language which leaves ordinary people silent, angry and resentful enough to express themselves in the only way remaining to them: in the guaranteed privacy of the ballot box. It is also a monumental bait and switch in which real issues of racial injustice, which are hard to grapple with because they require policy and patience, are replaced with something more at the level of the keyboard warriors.

Then there is the media. “News companies now clean world events like whalers, using every part of the animal, funnelling different facts to different consumers based upon calculations about what will bring back the biggest engagement kick,” writes Matt Taibbi, author of Hate Inc, a chronicle of how US media morphed into the hyper-partisan monster it is today.

Australia has a highly partisan media, but the whale is not yet completely fileted. Avoiding America’s fate does not depend on the decisions of media tycoons or tech bros; it depends on the willingness of individuals to seek out and consider news and views which contradict their worldview. Your choices.

Don’t get me wrong: I’m also itching to say “I told you so”, but I will refrain. I promise you I won’t hold back next time if today’s choices lead to an Australian Trump. It’s up to you.