Breaking News
Home / World News / Impeach Trump or not? It’s not as clear-cut as you might think

Impeach Trump or not? It’s not as clear-cut as you might think

admin January 15, 2021 World News Comments Off on Impeach Trump or not? It’s not as clear-cut as you might think 20 Views 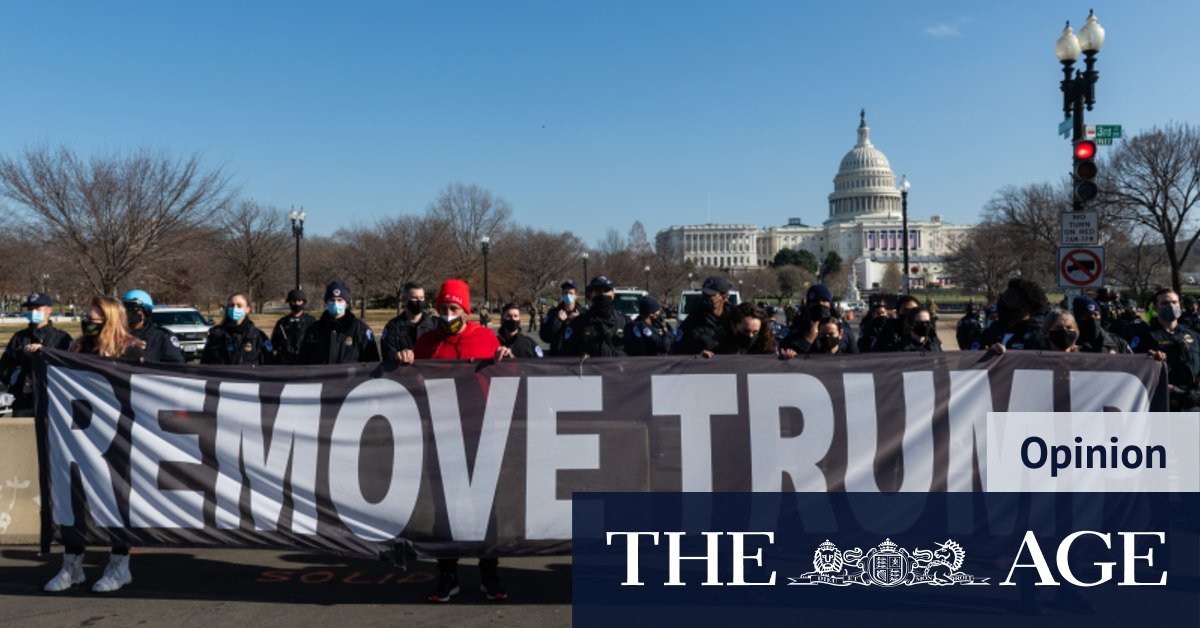 Impeachment will divide the GOP, no doubt. A civil war on the right is likely. But it’s also inevitable, whether he is convicted or not, and while popular outrage at the storming of the Capitol is still high, and this process has some momentum, it might be better to lance the boil now rather than later on. It gives the GOP a chance to restate what it stands for – constitutional norms – and, if Congress votes for it, to take him out of consideration for president again.

Accomplishing this while he is banned from Twitter and yet to find a wide-reaching alternative is more attractive than permitting a rerun of the 2016 primaries later on. The conservative movement does not want to be talking about this mess in four years’ time.

Finally, this can separate out Trumpism from Trump.

Not everything the president did was wrong: he avoided war and put the brakes on China’s trade supremacy, and he tapped into a groundswell of working-class dissent that is more racially diverse than the Left cares to admit. Those who are serious about making America great again must see that Trump is now a barrier to his own project, that there is a palpable need for leadership.

The ‘no’ case for impeachment, by Rosa Prince

When you hunt a big beast, you better be sure to kill it – or it may well come for you. Donald Trump is today an injured animal, licking his wounds in his White House lair, potentially more dangerous than ever for those in his party seeking to hunt him down.

The House of Representatives has moved to impeach President Trump for a second time, with 10 Republicans voting with the Democrats to send a single charge of “incitement of insurrection” to the Senate. Now GOP senators must decide whether to follow suit: 17 are required to join the Democrats for the two-thirds majority necessary for conviction. They should think carefully before they do so.

For one, there is a long way to go in this impeachment process; given the tight timetable, the trial, such as it is, cannot even begin until the last day of Trump’s presidency. The question then arises of whether it is worth it, politically, for Republicans to convict Trump in order to stop him standing in 2024. Again, the answer is not straightforward.

In the week since the attack on the Capitol, the rats have been fleeing the sinking ship. Cabinet members and White House aides who stuck by Trump during four years of antics have made 11th-hour Damascene conversions to salvage their reputations.

For four years, it seemed worth it for Republicans to accept the most egregious of Trump’s outrages, given he was the dominant force in right-wing politics. Now, he can only be considered a loser, a president who lost first the House in 2018, then the presidency in November, and now the Senate, too. They will be fearful that allowing him to run again in 2024 would imperil their own Senate races.

Republicans will need to be strategic about how they achieve this end.

Do they want to risk creating a martyr figure in Trump, a divisive distraction on the sidelines? Or will they allow him to fizzle out quietly, nothing to rage against?

To be clear, there is no doubt Trump must never be allowed to occupy the White House again. The question is, should Republicans use impeachment to block him, or would this only make the beast more deadly?