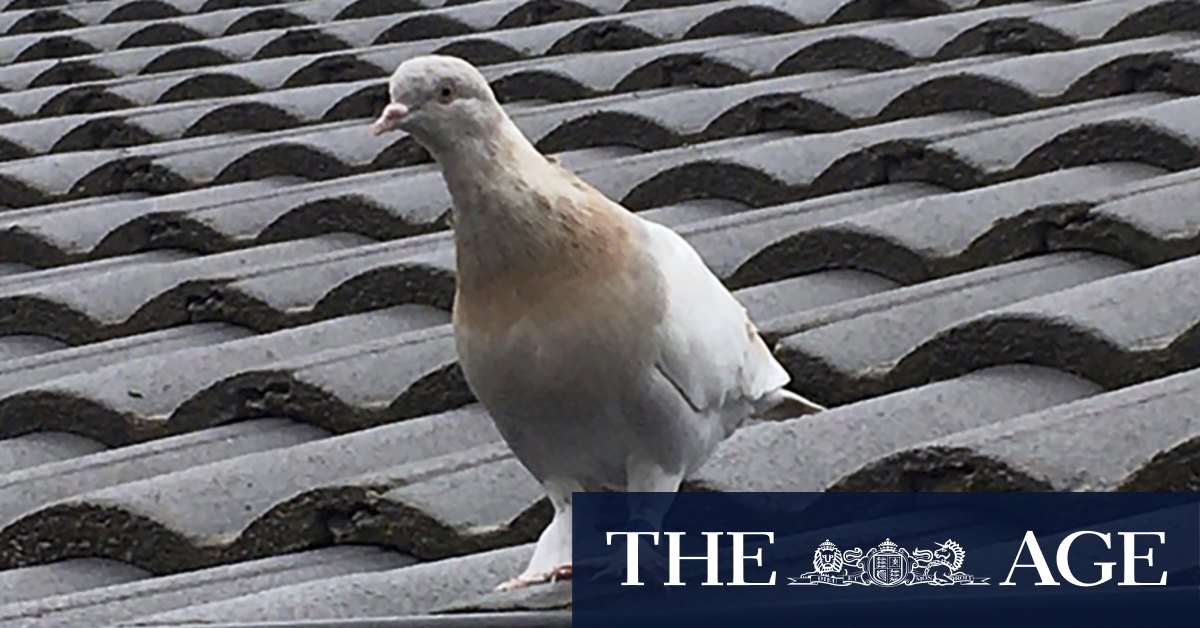 But on Friday evening, the department issued another statement, noting its investigation had concluded that “Joe the Pigeon is highly likely to be Australian and does not present a biosecurity risk”.

“The department is satisfied that the bird’s leg band is a fraudulent copy of a legitimate leg band. No further action will be taken by the department in relation to this matter,” the statement said.

The death sentence had earlier been thrown into doubt after American Racing Pigeon Union spokeswoman Deone Roberts said the racing tag attached to the pigeon’s leg – which had originally been traced back to Montgomery, Alabama – was forged.

It was initially thought the pigeon had been in a race in Alabama on October 29, but that it never made it to the finish line, instead flying thousands of kilometres to the Officer backyard, possibly having hitched a ride on a ship across the Pacific.

Ms Roberts told Nine News that, upon investigation, she believed the “band is counterfeit”.

“The bird’s home is in Australia somewhere, not the US,” she said. “This has been confirmed with the race handler who had the pigeon AU 2020 ARPU 5622, which is in fact a blue bar homing pigeon, not the bird you see in the photographs, which is white.

“If true, this could be a lifeline for the pigeon,” the pigeon’s rescuer said. “If Joe is in fact Australian, there should be no reason to put him down. Maybe we should have called it Donald and we could have appealed to the President to give it a pardon or diplomatic immunity.”

Before the apparent case of mistaken identity was revealed, Joe the pigeon had attracted the support of Victorian Health Minister Martin Foley, who called for “a little bit of compassion”, and Animal Justice Party MP Andy Meddick, who urged the federal government to “take Joe off death row”.

The Agriculture Department, which is responsible for biosecurity, later put out a statement saying it was “still working to determine” the authenticity of the racing tag.

“The department has sought to immediately isolate and assess the bird and is seeking the urgent cooperation of the member of the public who discovered the pigeon.

“That assessment is essential to confirm the facts of this incident and determine the risks posed to Australian bird life,” its statement said.

Mr Chelli-Bird said he understood their reasoning. “But I also can’t understand why they can’t quarantine the bird.”