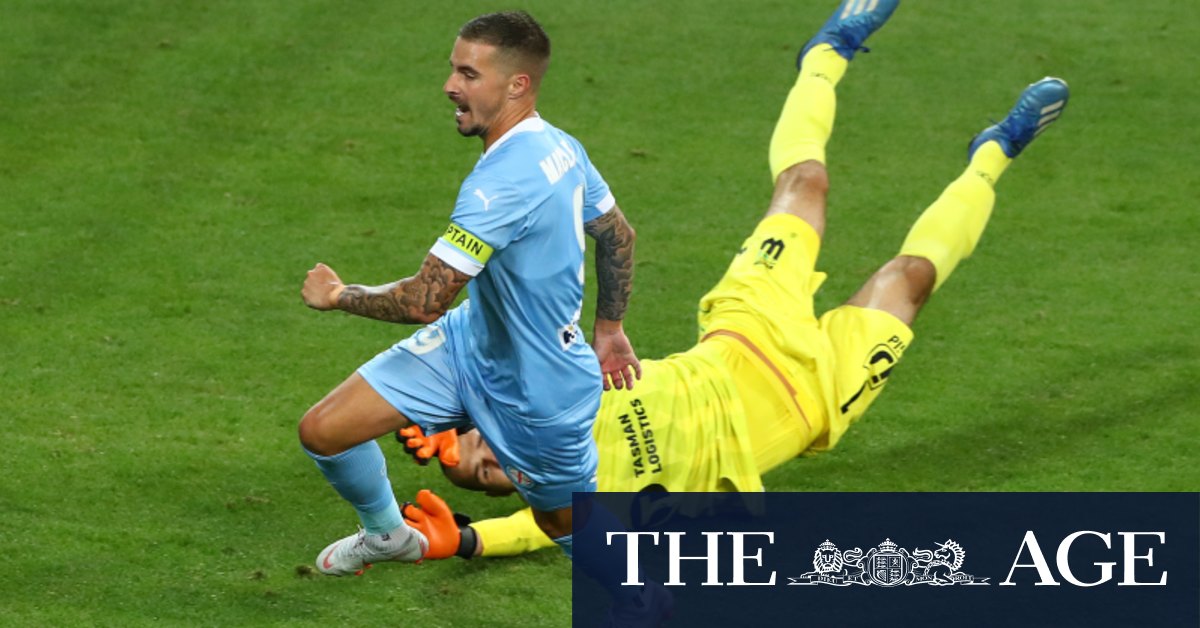 After an early shot from Western’s Spanish debutant Iker Guarrotxena, City defender Scott Galloway – one of four changes to the side that lost in Adelaide in early January – began to get involved down the right, linking well with Luna and Craig Noone.

Western United coach Mark Rudan gave Guarrotxena a start just a week after he had got out of quarantine, with defender Ivan Vujica making his first starting appearance for the club after spending much of last season on the treatment table.

City were pressing high up the pitch and buzzing enthusiastically but after a quarter-of-an-hour Western began to stir.

Connor Pain, who was starting to cause Galloway plenty of problems down Western’s left side, floated a cross over, which fell invitingly to Tomoki Imai, but the Japanese defender’s touch let him down in front of goal.

It was the visitors who hit the front midway through the half after Alessandro Diamanti’s short corner found Victor Sanchez. The Spanish midfielder’s cross evaded all City defenders and Vujica popped up on the far post to head home, notching his first ever A-League goal in his 49th appearance.

Western could have stretched that advantage on the half hour when Luna mis-controlled and Guarrotxena seized on a loose ball only to drive just wide. But shortly after, City was on level terms through Noone. The Englishman picked up a loose ball and ghosted past a challenge to make space before driving a right foot shot past Filip Kurto, the ball going in off the post.

The game continued in entertaining fashion, Gomulka hitting the post with a speculative effort at one end, Sanchez seeing his shot deflected wide at the other.

Diamanti almost got Western off to the perfect start after the resumption, creating space before dinking a right foot cross to the back post to set up Tommy Uskok for a header, but the big centre half could only glance the ball wide.

Luna flashed wide as Kurto dived, then Diamanti set up Guarrotxena for another attempt before the newcomer made way for Lachlan Wales.

Western were at this point having the better of the second period but could not make the breakthrough.

Kisnorbo rang the changes off the bench and his youngsters did him proud.

City went close when Noone set up substitute Marco Tilio, whose shot was beaten away by Kurto.
Maclaren popped up to shoot wide while City midfielder Connor Metcalfe was again denied by the goalkeeper.

City was finishing with purpose and Kurto once more blocked Maclaren from close range. But with seven minutes remaining it was last year’s Golden Boot winner Maclaren who found space to have the final say, leaving Kurto powerless this time.