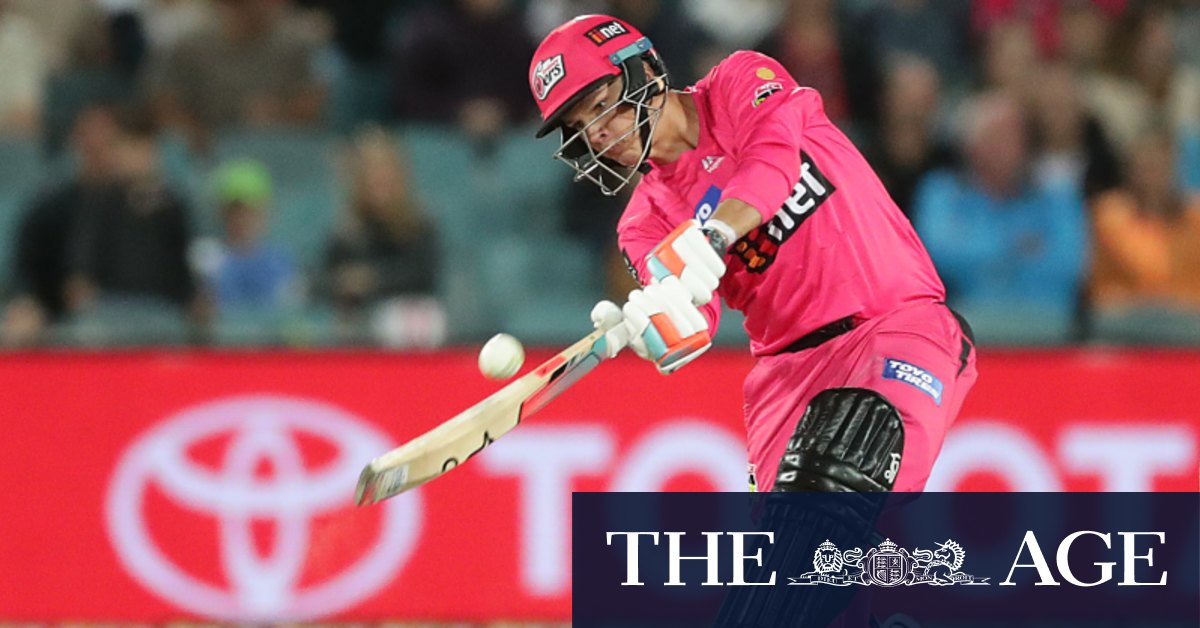 “Josh Philippe had an answer to everything Perth threw at him, it was very smart batting,” Mark Waugh said on the commentary afterwards. “It was a tremendous run chase.”

The Sixers head to Adelaide on Sunday for a couple of ”home games” against the Thunder and Hurricanes before welcoming the superstar cavalry, including Mitchell Starc, Nathan Lyon, Sean Abbott and Moises Henriques, just before the finals.

Philippe is quickly growing his own fan base after another impressive knock.

It was his third half-century of the summer, and there could have been a few more had he not fallen in the 40s. The 23-year-old did not take any real chances early and produced plenty of nice shots.

“I’m feeling super relaxed at the moment and that’s when I play my best cricket, when I’m calm and relaxed,” Philippe said.

“All I want to do during the first four overs is take it deep and then try to be out there at the end. I was close tonight but not close enough.”

A proud Western Australian who still plays his first-class cricket in the west, Philippe called the Scorchers match-up a ”grudge match”, and would have loved taking down some of the Big Bash’s best bowlers. Once the Scorchers snubbed Philippe a few years ago, the Sixers wasted no time snapping up his services.

James Vince arrived at the crease early after Justin Avendano (8 from 13) departed and provided plenty of handy support to also notch a morale-boosting half-century.

The Scorchers were chasing a sixth straight win and Liam Livingstone went berserk early at Manuka Oval, smashing Stephen O’Keefe for 26 runs in the one over, which featured three sixes and a couple of boundaries.

O’Keefe should have had Livingstone caught in the second over when he was only on one run. Skipper Daniel Hughes failed to hold on to a catch at mid-on, and the Englishmen went on to crack 67 runs off 38 balls.

Perth were entertaining a score of more than 200 runs midway through their innings, but as soon as Livingstone departed, so did the life in their middle order.

Ash Turner fell in the same over, Josh Inglis did not last much longer before Cameron Bancroft became Carlos Brathwaite’s second victim. They finished 6-60 in the final ten overs.

Perth will pose a threat to the Sixers again come the finals. But the men in magenta are on fire, especially Philippe.