Shaquero ticks off Magic Millions box for Waller, now for the Slipper

admin January 16, 2021 Sport Comments Off on Shaquero ticks off Magic Millions box for Waller, now for the Slipper 15 Views 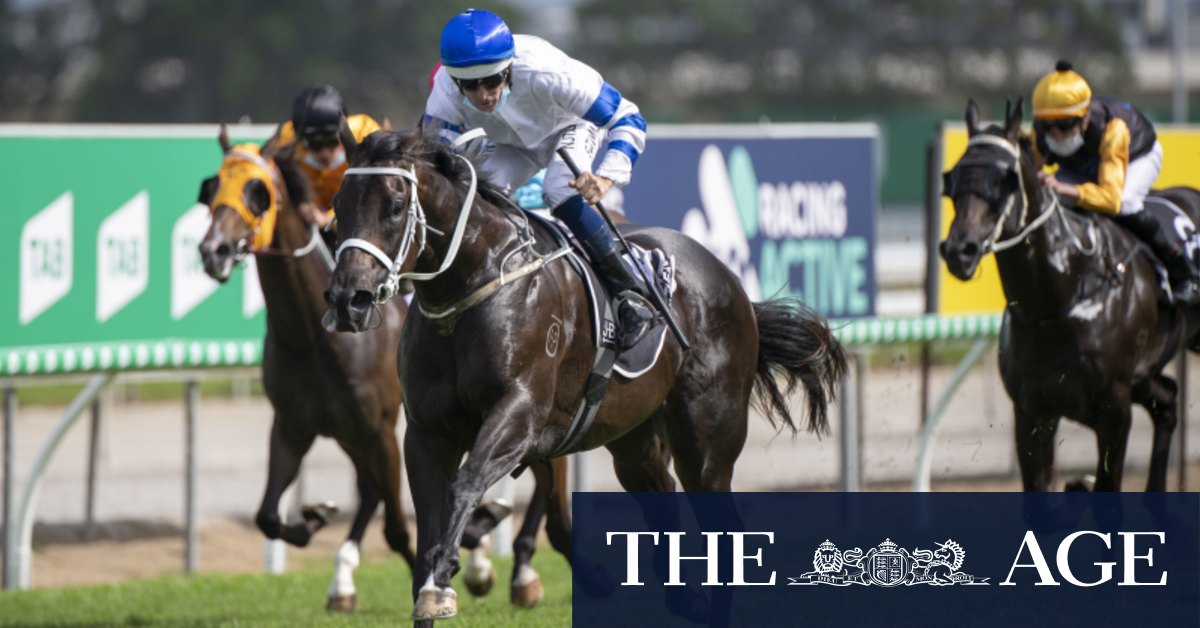 “It’s not something I would go to bed and be thinking, ‘Bugger, I haven’t won a Magic Millions or Golden Slipper’,” Waller said. “But winning it, I’m very proud, particularly for my team, because they feel it and work so hard.

“We have a system, and both Shaquero and She’s All Class have come through it.

“Provided they come through that well, we will head to the Slipper. He is a very good colt and I don’t think he has worked it out just yet.

“It won’t be the last time She’s All Class runs in a big race and she has a big future. Her style of racing was against her in that race, coming from so far back.

“Ranch Hand [who finished fifth] could be a later two-year-old for the Sires or Brisbane, so it was a good day.”

Shaquero ($13) put two defeats in Queensland behind him after winning the Breeders Plate on debut. He was given the perfect ride from Hugh Bowman, who took advantage of the rails draw to box seat.

He got clear turning for home and stormed to a 1¼-length victory from Alpine Edge ($8), with She’s All Class ($4) the same margin away in third.

“He benefited from the hot speed early; barrier one was certainly a key ingredient to our success,” Bowman said.

“Full credit to Chris Waller, he’s not generally a back-up sort of trainer, but starting this horse last week might have been the key to help him relax in the rhythm we saw him get in today.

“With that high pressure up front, I had the horse to capitalise on that because he did settle.

“I thought at the line he was stargazing a bit. You will see him prick his ears, so there is certainly more to come with him.”

It was Bowman’s third victory in the two-year-old race following Bradbury’s Luck and Mimi Lebrock, the latter for legendary trainer Bart Cummings.

Shaquero gave Waller a winning double after Black On Gold won the $1 million Subzero earlier in the afternoon on what proved a day for outsiders.

Krone ($34) grabbing favourite Athiri in final strides in the fillies and mares feature before Aim ($34) caused a boilover in the Magic Millions Guineas, where favourite Isotope fell at the top of the straight after clipping the heels of second pick Away Game.

Aim had finished unplaced as favourite in the Classic a year earlier and returned to the Gold Coast as a gelding and only because a sale to Hong Kong fell through.

James McDonald took the initiative a long way out and Aim did the rest.

“It was a testing 1400 and he was strong late. I got to the 500 and thought stuff it. I sent him forward and credit to him, he stayed on well,” McDonald said.