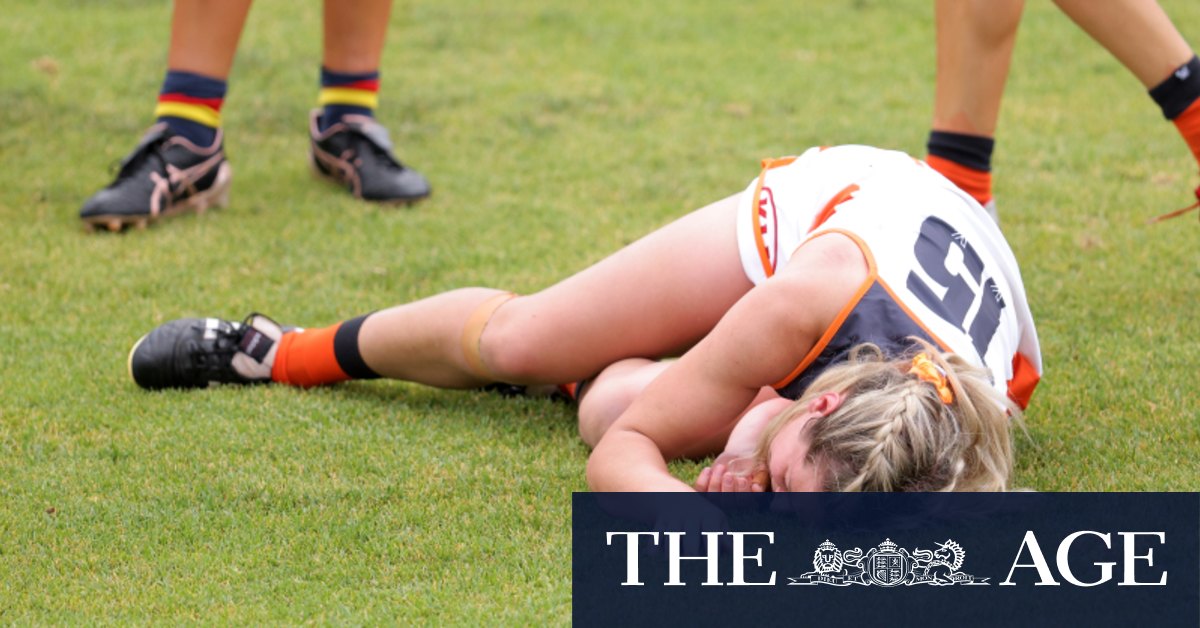 The good news is Stack will make a full recovery, with surgery not required nor any nerve damage revealed by scans.

The bad news is she has a stable fracture to the C7 vertebra in her neck, which will put her in a neck brace in the short term and put her out of action for six weeks.

That means she is highly unlikely to figure in GWS’ AFLW campaign, which is slated to begin in Perth against Fremantle on January 31 subject to border re-openings.

“This was an incredibly unfortunate accident and we’re thankful that Bríd has avoided serious injury,” said the Giants’ head of women’s football Bri Harvey.

“Bríd and her family have made incredible sacrifices to come to Australia to play in the AFL Women’s competition and we will be supporting them all the way through her recovery.

“We’d like to thank all those who provided Bríd with the best possible care both at the ground and in hospital across Sunday.”

The Giants had been pursuing Stack’s signature for three years after a recommendation from Cora Staunton, another ex-Gaelic football icon and a teammate at GWS.

An 11-time All-Ireland winner with Cork, Stack retired in 2018, but accepted the overtures from GWS late last year and brought her husband and one-year old son to Australia with her.

The Giants said in a statement Stack would stay in the country and remain a “key part of the team” as she rehabs her injury.

GWS will be based in Adelaide for at least the next two weeks, having previously shifted their AFLW operations to Albury when the Victorian border was closed to NSW residents. It’s a disrupted pre-season which Stack described as a “stressful situation” to the Irish Examiner last week.

“Thankfully it all worked out and [her husband and son] are able to be with me and we’re able to experience this as a family, which I think is just going to be a once in a lifetime kind of opportunity,” she said.

“I am very competitive and I want to see what I’m made of so when this opportunity presented itself, it really was a no brainer. I really want to be immersed in a professional setup and see everything that it has to offer and challenge myself with a new sport. I just hope that I do myself and my family proud and the team justice going forward.”