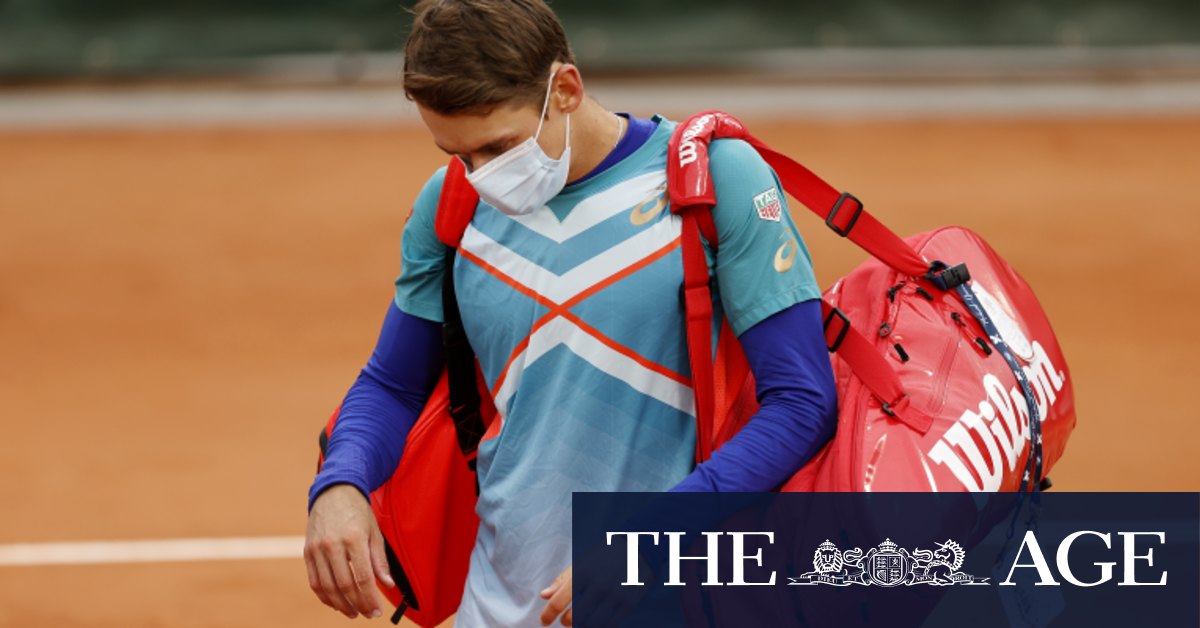 Argentina’s Diego Schwartzman complained about his inability to train on Twitter. In a tweet which has been translated from Spaish to English, Schwartzman wrote: “Another day of confinement for no reason.” The tweet has since been deleted.

Australian Abbie Meyers echoed Schwartzman’s frustration. “Got excited to leave the room and hit … get to the court … it’s been double booked. Get taken straight back to the room, not hitting today I guess,” Meyers wrote on Twitter.

The girlfriend of Bernard Tomic said in a video published on YouTube that the controversial Australian’s training session had been cancelled.

Tennis Australia was forced to apologise on Monday afternoon and released a statement explaining the reason for the delay.

“It’s been a challenging few days as we’ve worked with the relevant authorities managing the logistics to ensure everyone is safe as practice begins,” the statement read.

“There was an initial delay as tests needed to be received, verified and cross-referenced so the practice schedule could be finalised. And then unfortunately there were some logistical problems with transport.

“Players staying close to Albert Reserve, and who did not require transport, started practice late yesterday, and practice at Melbourne Park got underway this afternoon.

“Our team is continuing to work with the authorities to help in any way we can. We understand this has been frustrating for the players and apologise.”

An email to coaches and player agents from ATP Player Relations also revealed some of the difficulties TA are experiencing.

“We wanted to reassure you that we are constantly trying to improve the player experience wherever possible,” the email reads. We understand there are significant challenges being posed at the moment for the players.

“Thus far, the information provided to us was that the government operated transport links are creating difficulties, affecting some practice sessions. TA are working all hours to solve this issue with the utmost urgency.”

The ATP is also requesting “additional support” for players who have been forced into hard lockdown.

“We are working hourly with TA to deliver essentials to players, including better quality food, gym equipment, snacks and drinks to make your stay more comfortable. We are trying our utmost hardest to improve things.”

Exercise bikes and bands were on Monday delivered to those affected by the 14-day hard quarantine and players continued to take to social media to post vision of themselves training in creative ways. But there are still complaints coming from the players.

“They are watching us so we don’t leave our rooms, even one step,” Russian veteran Svetlana Kuznetsova wrote on an Instagram story while collecting a meal. Looks really tasty but we are only aloud (sic) to eat with wood(en) cutlery.”

As the players in hard quarantine enter day four or five of their lockdown period, stars such as Novak Djokovic, Rafael Nadal and Serena Williams – who are currently completing their soft quarantine in Adelaide – have been quietly urged by tournament organisers to not post lavish photos on social media in an attempt to cool tensions with players stuck in Melbourne.