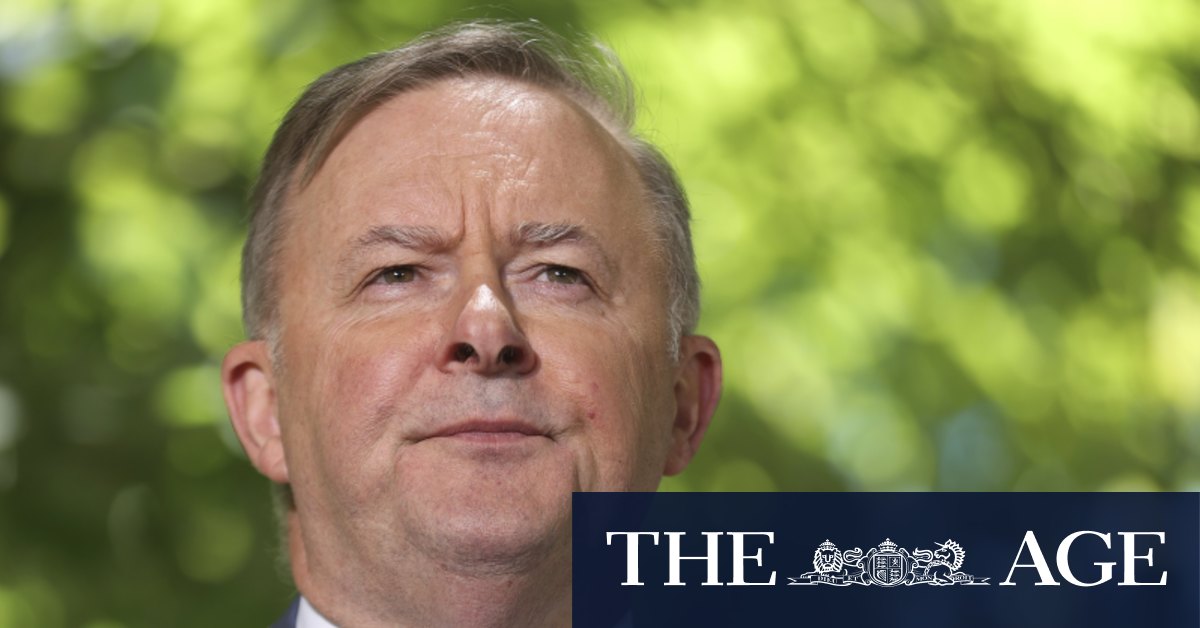 In his first major foreign policy speech as leader, to be delivered a day before Joe Biden is inaugurated as president, Mr Albanese will say it was important for America’s allies to be “utterly unambiguous” in condemning Mr Trump as he “sought to undermine the democratic process”.

He will say a tense phone call between former Prime Minister Malcolm Turnbull and Mr Trump demonstrated the difficulties Australia faced in managing the relationship under the divisive president. But Mr Morrison “went too far – partly out of his affinity with Donald Trump, partly because of the political constituency they share”.

“There is no doubt Mr Morrison put his affinity and his political interests first when he effectively went on a campaign rally stage with Donald Trump in Ohio,” Mr Albanese will tell the Perth USAsia Centre, according to a draft of the speech.

“He remains afraid of the far-right extremist fringe-dwellers who make up the bedrock of his personal support – and who he cultivates through the avatars of Trumpists and conspiracy theorists like Craig Kelly and George Christensen.”

Mr Albanese will criticise Mr Morrison’s speech in 2019 in which he warned against “negative globalism”, claiming the Prime Minister was “pandering” to Mr Trump and following in his efforts to tear down multilateral institutions.

He will say the incoming Biden administration presents an opportunity to expand alliances in the region and the world to deal with a range of challenges including a rising China and climate change.

While Labor’s position on climate change “shares much with that of the Biden team and we are well-positioned to co-operate closely with the US”, Mr Albanese will say Mr Morrison’s “stubborn resistance to joining the global consensus on climate change has led to his government now being totally isolated on the international stage — frozen in time while the world warms around them”.

With former secretary of state John Kerry being appointed as Mr Biden’s climate envoy, Mr Albanese said “we can expect Mr Morrison’s isolation to create tension in our alliance and damage our interests”.

Mr Albanese will declare that the Australia-US alliance was forged under Labor’s John Curtin, saying his party’s support for the partnership “will remain stronger than ever under a government I lead”.

“Where interests are not completely aligned, we must be able to disagree and know that the relationship can none the less be sustained,” he will say.

Mr Albanese will say Australia’s interests call for a greater and more strategic effort from the US in south-east Asia, where Beijing has been steadily growing its influence.

He will warn that China under President Xi Jinping has “taken a new direction – one in which it increasingly seeks to assert its growing power, even when that contravenes accepted and agreed international rules”.

Mr Morrison this week spoke with outgoing Vice-President Mike Pence and Secretary of State Mike Pompeo, but said he had no plans to talk with Mr Trump.

Asked on Tuesday whether the Biden administration would defend Australia as strongly in disputes with Beijing, Mr Morrison said: “I would expect there would be a continuation of those policy settings that have so favoured the Australian alliance.”

“And that’s not new. It’s been happening for decades. The alliance between Australia and the United States has known many stewards sitting on both sides of the table as presidents and prime ministers,” Mr Morrison said.

Previous We have become used to these absurd demands
Next Central Pier closure came suddenly, urgently, but after years of warnings