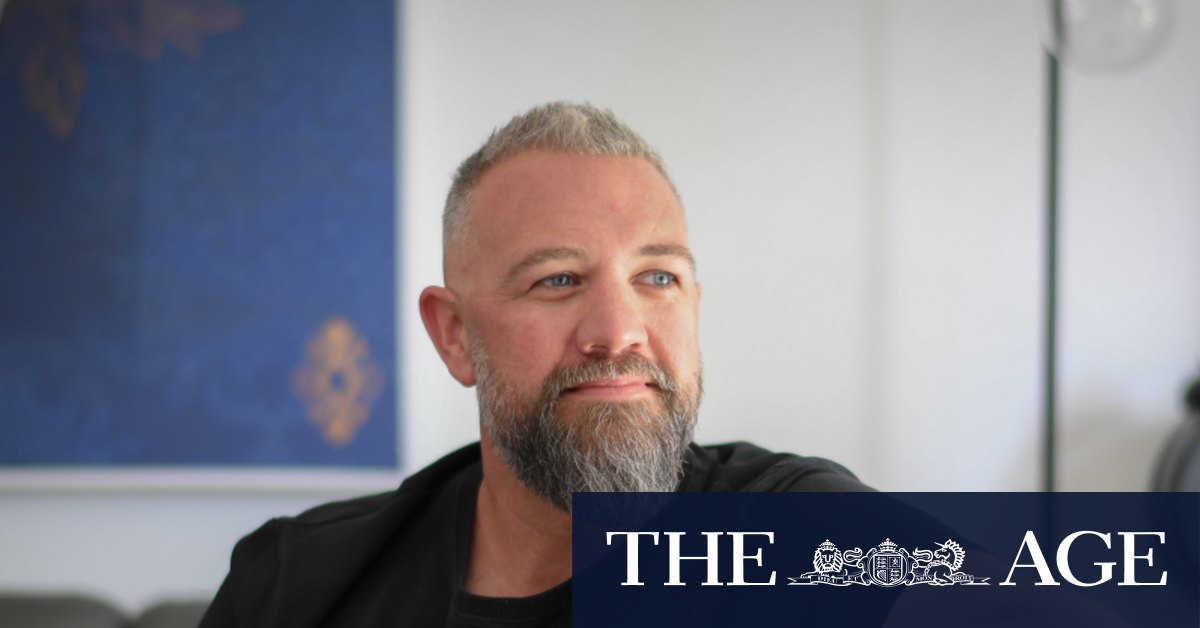 Mr Neuss had a frank conversation with his parents, who, like others who conceived using donor sperm or eggs decades ago, had been advised it was best not to speak about the topic or tell the children.

He is glad he did, and believes his relationship with his father has grown closer through the process.

There is a real risk donor-conceived people will find out via DNA testing and they may find their donor … anonymity is a thing of the past.

Nonetheless, Mr Neuss, 41, said he felt chances he had given them in the past to tell him the truth about his conception, via donor sperm, had been “missed opportunities”.

“Growing up, I always had this gut feeling something wasn’t quite right. I said to my folks on many occasions: ‘Am I adopted? I tower over everyone in this family, I’ve got a different sense of humour to you all’ … I’ve given them an opening and it was never taken up – that’s the thing that hurt most,” said Mr Nuess, whose mother has since passed away.

Louise Johnson, CEO of the Victorian Assisted Reproductive Treatment Authority (VARTA), says an increasing number of people are making similar discoveries due to the popularity of direct-to-consumer DNA tests linked to ancestry websites.

To prevent unsettling shocks, Ms Johnson is urging all parents who used donors to tell their children, saying experience shows they want the truth and prefer their parents to tell them.

“There is a real risk donor-conceived people will find out via DNA testing, and also they may find their donor … so donor anonymity is a thing of the past,” said Ms Johnson.

“I would really encourage parents of donor-conceived adult children to be honest with their children about it, or even children who are not adults. It’s never too late to tell and if parents want support we can provide them with the help they need.”

Ms Johnson said it was still common that parents were fearful of telling adult children their story, but keeping quiet about it was “also a huge burden; often parents experience great relief when they do tell their children.”

Since 2017, 163 people have used the right to know law to apply for information about their donor, including Mr Neuss, who met his donor, joyfully, last year.

Fifty donors, many with medical information to share, have applied to learn about their offspring and to ask if they would like to know more about them. VARTA has contacted 54 donor-conceived people, 47 of whom did not know they were donor-conceived.

Thousands of Victorians were conceived with donor sperm or eggs, and 30,000 donors, recipients and parents are on VARTA’s registers. Of 11,559 people on the central register, 4650 are 18 or older and eligible to apply for information about their donor.

For Mr Neuss, getting in touch with his donor-father started what felt like “a really familiar conversation”. Lockdown slowed down their real-life meeting, but, in the meantime, “I was reading messages from him and it was like I’d been sending them to myself, that’s how similar we are”.

“Meeting him was absolutely amazing, we are so similar in how we speak and our approach to things it was a surreal event. So many pieces of the puzzle have been put into place now, it just makes sense,” he said.

He has since spent more time with his dad than he had in pervious years, in part to reassure him “that everything’s changed, but nothing’s changed” since he met his donor-father.

Social worker Kate Bourne, VARTA’s donor register services manager, said it was far better when those conceived by donor sperm or eggs were told by their parents. “It’s usually much easier for them if they’re told in a loving and supportive way than to find out from another source,” she said.

“It’s really challenging for people, it means a real questioning of everything they thought they knew; it throws everything in the air and is about rethinking their identity.” She said “grief, shock and disbelief” were natural, but peer-support and Facebook support groups helped the healing process.

If parents choose to withhold the information, “there’s a lot of wondering why … they don’t appreciate that things were different then and parents were advised not to tell.” It was harder for donor-conceived people to learn the truth after a parent had passed away, she said.

A spokeswoman for Ancestry.com.au said she did not believe the company was informed when people discovered by commercial DNA test that they had been conceived by donor sperm or egg.

“Whilst we don’t have a specific number, we’re aware that there are certainly cases where a discovery might be quite unexpected,” the spokeswoman said.

Previous Australia Day is a reminder for my family that this is now our home
Next ‘You can’t trust a lot of countries’: The dilemma facing Tokyo Olympics