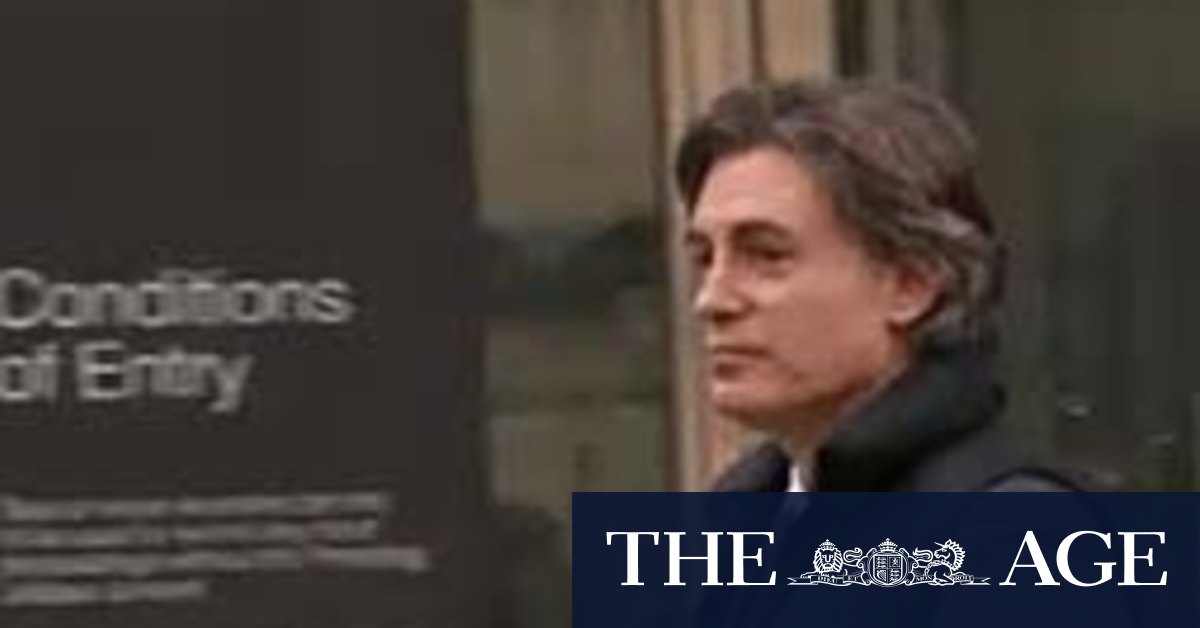 Speculation has been rife about Mr Acquaro’s relationship with police since the solicitor was shot dead outside his Brunswick East gelato shop in 2016 and following the exposure of Nicola Gobbo’s double life as a barrister-turned-informer.

The court has revealed that Mr Acquaro had “two discrete sets of interactions” in 2008 and 2014 with Victoria Police — and his actions in 2014 “may be of substantial assistance to Madafferi in his appeal”.

Victoria Police has maintained it rejected recruiting Mr Acquaro on both occasions because he was considered to be “unreliable and prone to leaking to the press”.

According to the court, police first reached out to Mr Acquaro in 2008 seeking information about the so-called gangland killings.

Assigned the number RFA06/08 to protect his identity, he was assessed for his suitability to become an informer but was rejected. During this period, he provided information to police but it was never disseminated, police said.

But the court considered the 2014 interactions were “more complex” and could ultimately be used to argue to overturn Mr Madafferi’s convictions.

In 2014, Mr Acquaro approached police following a story in The Age that linked the Calabrian mafia to a string of drive-by shootings targeting the Woodstock pizza outlets in Carlton North and Moonee Ponds.

By this time, Mr Acquaro was no longer representing Madafferi, after an escalating dispute with the Madafferi family.

“He described his falling out with Madafferi, expressed his anger about the manner in which Madafferi had drawn his sons into his sphere of influence, and reported that Madafferi was standing over traders at the wholesale fruit and vegetable market in the company of a man with a gun. He also reported a threat to his own life,” the court said.

Some of the information he provided was used to further investigations such as that into the pizza outlet shootings.

“These documents primarily record police action taken on information provided by Acquaro about criminal activity that was then ongoing or had taken place in the relatively short period since Acquaro had ceased acting for Madafferi,” the court said.

“We do not consider that Acquaro reporting what he knew about current or ongoing serious criminal activity, particularly threats against himself, involved any breach of duty to Madafferi.”

Mr Acquaro was assigned the number F710FDB during his period of contact with police from March to June 2014, which included recorded meetings.

At the time, concerns that Mr Acquaro could have a conflict of interest were raised because he had previously represented both Frank Madafferi and his brother Tony.

“Acquaro said he was not conflicted ‘in the sense I’m divulging anything in relation to them and I think it’s pretty obvious what — my relationship is with them or has been with them, ‘cos there’s no longer a relationship any more …’ ” the court said.

But the court found the “flavour of the discussions” could be open to interpretation that Mr Acquaro and police shared a common desire for Frank Madafferi to be “locked up”.

“Towards the end of the conversation, Acquaro stated that he felt responsible for creating a monster (namely, Madafferi) to which [police] responded, ‘All right. Now you can destroy it’,” one recording said.

Mr Acquaro also provided specific information about Madafferi’s legal position and other matters that could be considered a breach.

“(The recordings) reveal that Acquaro disclosed to the police not only purported problems that he knew of in the prosecution case against Madafferi, but other matters that could be used to put pressure on Madafferi, such as his involvement in a ‘sham’ charitable foundation and potential problems with his immigration status,” the court said.

“These are matters that may reflect on the independence of the advice and representation that Madafferi received from Acquaro.”

“We consider that the 2014 transcripts (and the related materials) may be of substantial assistance to Madafferi in his appeal,” the court found.

In the case of Saverio Zirilli’s appeal, the court accepted that Mr Acquaro’s informing in 2014 could have a “logical flow on” for his case too.

“It could be said that, although he pleaded guilty, his decision to do so had been heavily influenced by the pressure placed upon him by the barrage of legal advice that he received from both Mr Acquaro and Ms Gobbo,” the court said.

“As regards Mr Acquaro, there might be legitimate questions as to whether he provided Mr Zirilli with independent and impartial advice.”

In denying Victoria Police’s applications on Tuesday, the Court of Appeal said:

“The judgment of the court is that, to the extent that the Chief Commissioner of Victoria Police makes application for an order that the existence or non-existence of information pertaining to whether or not Joseph Acquaro was or was not a police informer is subject to public interest immunity, that application is refused.”

Public interest immunity claims are designed to prevent the release of information that could prejudice a police investigation, reveal law enforcement methodologies or expose the identity of informers and undercover operatives.

In response to the court’s decision, Victoria Police said it acknowledged the court’s ruling and would not attempt to further appeal either matter in relation to Mr Acquaro to the High Court.

“To be clear, Lawyer A [Mr Acquaro] was never approved as a human source. While he was assessed as a potential informer in 2008 and 2014, on both occasions he was deemed unsuitable for registration,” a spokeswoman said.

Victoria Police traditionally maintains a policy of never confirming or denying whether a person has co-operated with law enforcement or worked as a registered informant. The force had previously refused to hand over any information in its records about Mr Acquaro or details of any potential contact he may have had with police.

It was the same move Victoria Police tried to use to keep the identity of Ms Gobbo a secret, a battle it lost in the Supreme Court, Court of Appeal and High Court from 2016 to 2018.

Previous ‘We’re not alarmed’: Norway finds no direct link between elderly deaths and vaccine
Next Brennan and Tigers ready to attack new season