‘We’re not alarmed’: Norway finds no direct link between elderly deaths and vaccine 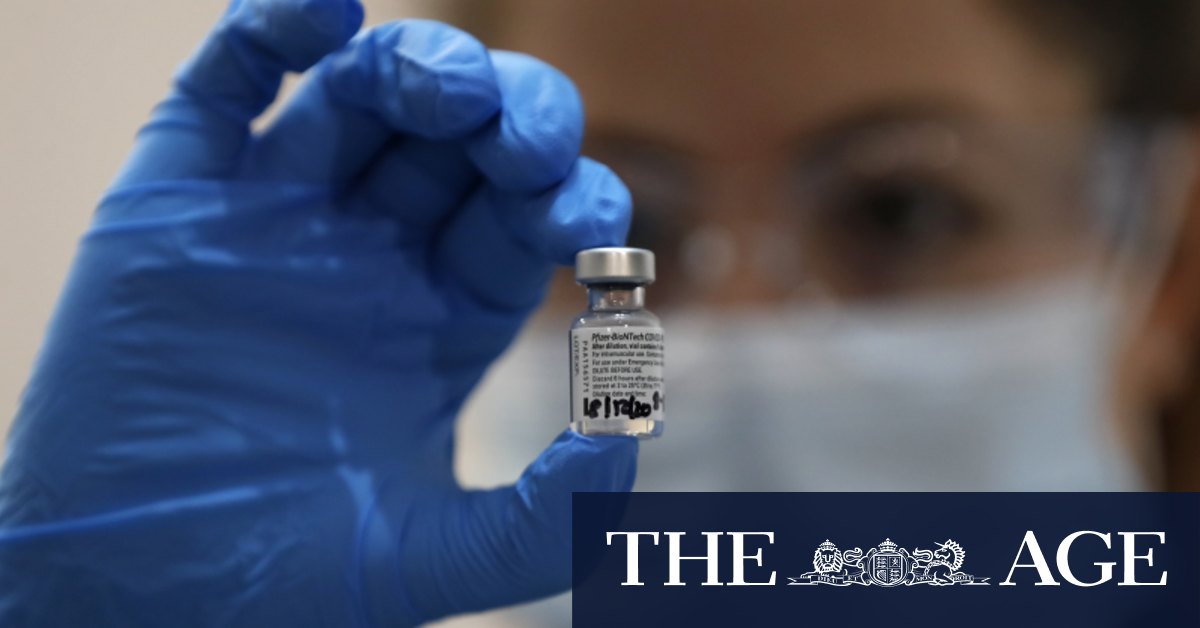 “We can’t say that people die from the vaccine. We can say that it may be coincidental. It is difficult to prove that it’s the vaccine which is the direct cause.”

The Scandinavian country has already inoculated almost all of its nursing home population, with more than 48,000 people vaccinated as of Monday afternoon .

The reported fatalities were well under 1 out of 1000 nursing-home patients to be vaccinated, Madsen said. The side effects of immunisation can, in some cases, “tip the patients into a more serious course of the underlying disease,” Madsen said. “We can’t rule that out.”

Other countries, including Germany and Israel, have also reported deaths in people who recently vaccinated, without identifying causal links.

Hong Kong’s government-appointed vaccine advisory panel said it was seeking more data from the Norwegian and German governments on incidents involving the Pfizer-BioNTech shot, which has been approved in the territory.

Experts on vaccines and ageing had predicted early on that deaths after vaccinations in high-risk patients might cause confusion.

“Frail, older adults die, and die often, and I don’t think people realise that,” said Keipp Talbot, an associate professor of medicine at Vanderbilt University who advises the US Centres for Disease Control and Prevention on vaccine use.

“My concern was that we would introduce vaccine, and people would think it was killing people.”

Talbot was the only person on the US CDC advisory panel to recommend against offering COVID-19 vaccines first to old and sick people in nursing homes – not because she was concerned they’d be harmed, she said, but because she was concerned that inevitable deaths shortly after shots would lower trust in the vaccines. Talbot said she also thought it might be a better use of scarce supplies to immunise the people surrounding the old and sick.

One key metric would be to compare the number of people who would typically die in a nursing home with the number who die shortly after getting a COVID vaccine, Talbot said.

“It is important to remember that about 45 people die every day in nursing homes in Norway, so it is not a given that this represents any excess mortality or that there is a causal connection,” Camilla Stoltenberg, head of the Norwegian Institute of Public Health, said at a press conference.

Until Friday, Norway had only used the vaccine provided by Pfizer and BioNTech. The companies are now looking into the deaths. The first Europe-wide safety report on the Pfizer-BioNTech vaccine is due to be published at the end of January.

The concept of limiting COVID-19 vaccinations to those below 75 years of age isn’t supported by the US data covering over 14 million people inoculated, Bloomberg analysis shows, despite Norway reporting a much higher death rate after using the Pfizer-BioNTech vaccine. “Norway’s excessive deaths suggest they are in subjects with serious, uncontrolled illnesses,” Sam Fazeli, Bloomberg Intelligence senior industry analyst, said.

Madsen said he wasn’t expecting a different outcome with another vaccine from Moderna, which was introduced in Norway on Friday. Like the Pfizer-BioNTech shot, it uses messenger RNA technology that teaches the body’s cells to fight off infection.

His agency said it made clear before the vaccination program started that it was “expected that deaths will occur in a time-related context with vaccination” for the “oldest and sickest” people receiving inoculation.