‘My good intentions have been misconstrued’: Djokovic pens letter to Australia

admin January 20, 2021 Sport Comments Off on ‘My good intentions have been misconstrued’: Djokovic pens letter to Australia 23 Views 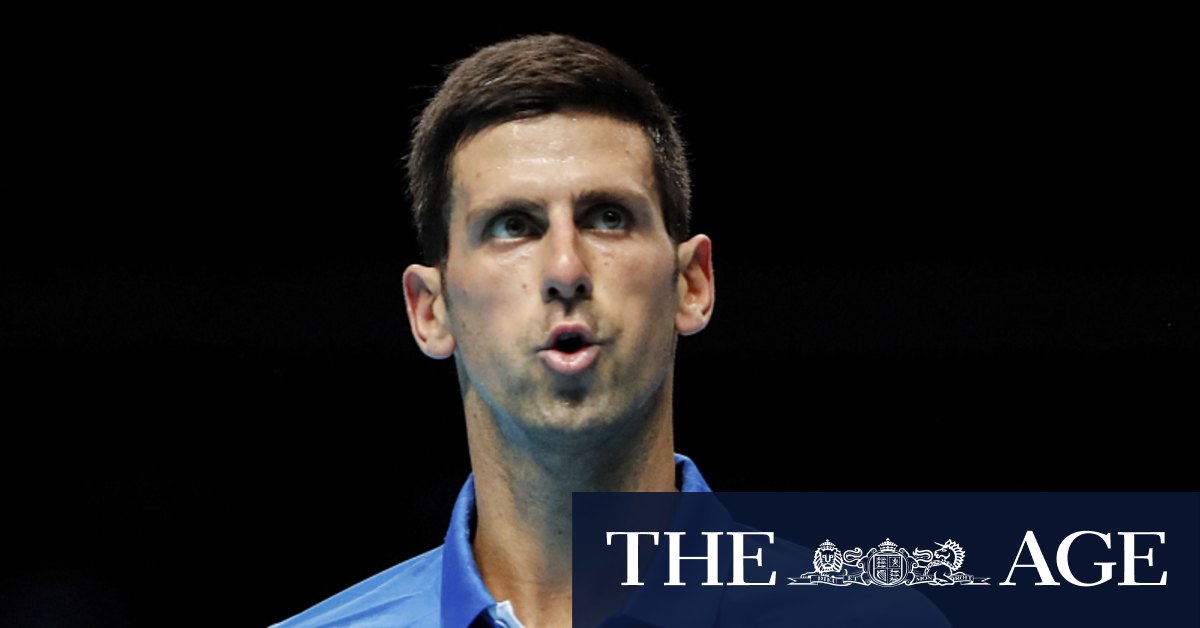 “Australia, in light of recent media and social media criticism for my letter to Craig Tiley, I would like to clarify a few things,” Djokovic wrote.

“My good intentions for my fellow competitors in Melbourne have been misconstrued as being selfish, difficult and ungrateful. This couldn’t be farther from the truth.”

Djokovic continued, making the point that he could simply sit back and say nothing about the treatment of players who are not as well off as he is.

“Not every act is taken at its face value and at times when I see the aftermath of things, I do tend to ask myself if I should just sit back and enjoy my benefits instead of paying attention to other people’s struggles,” he wrote.

“However, I always choose to do something and be of service despite the challenging consequences and misunderstandings.

“I genuinely care about my fellow players and I also understand very well how the world is run and who gets bigger and better and why.”

While some pundits have made the point that Djokovic is simply playing politics – given he recently started the breakaway Professional Tennis Players Association – the Serbian star said he finds it “very difficult” to be a “mere onlooker” as 72 players near the halfway point of a 14-day hard quarantine period.

“I’ve earned my privileges the hard way and for that reason, it is very difficult for me to be a mere onlooker knowing how much every help, gesture and good word mattered to me when I was small and insignificant in the world pecking order.

“Hence, I use my position of privilege to be of service as much as I can where and when needed.”

Djokovic also believes the heavily criticised list of suggestions was a mere “brainstorm”, rather than a list of demands.

“I have always had a very good relationship with Craig and I respect and appreciate all the effort he puts into making the Australian Open a place to look forward to coming back to each year,” Djokovic wrote.

“In our email exchange I used an opportunity to brainstorm about potential improvements that could be made to the quarantine of players in Melbourne that were in full lockdown.

“There were a few suggestions and ideas that I gathered from other players from our chat group and there was no harm intended to try and help.”

Before signing off, Djokovic expressed his gratitude to Tennis Australia and the government for allowing the Australian Open to be played in trying times.

“Things in the media escalated and there was a general impression that the players (including myself) are ungrateful, weak and selfish because of their unpleasant feelings in quarantine,” he wrote.

“I am very sorry that is has come to that because I do know how grateful may are. We all came to Australia to compete.

“Not being able to train and prepare before the tournament starts is really not easy. None of us ever questioned 14 days of quarantine despite what is being said by media outlets.

“I am very much looking forward to playing in front of the people and joining the tennis frenzy and energy of the city that has always carried me towards many victories.

“Wishing you all health and love, Novak.”